Reviews of articles from: IFLScience 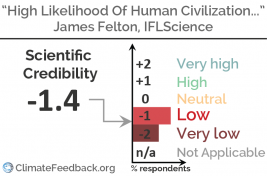 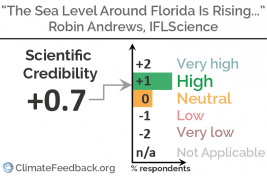 in IFLScience, by Robin Andrews

“While the information in this article is essentially correct, the links lead to loosely related articles published on the same website, rather than articles that directly support the statements made in the article. The explanation of the acceleration of sea level rise in Florida is oversimplified, probably because it is difficult to summarize concisely.”