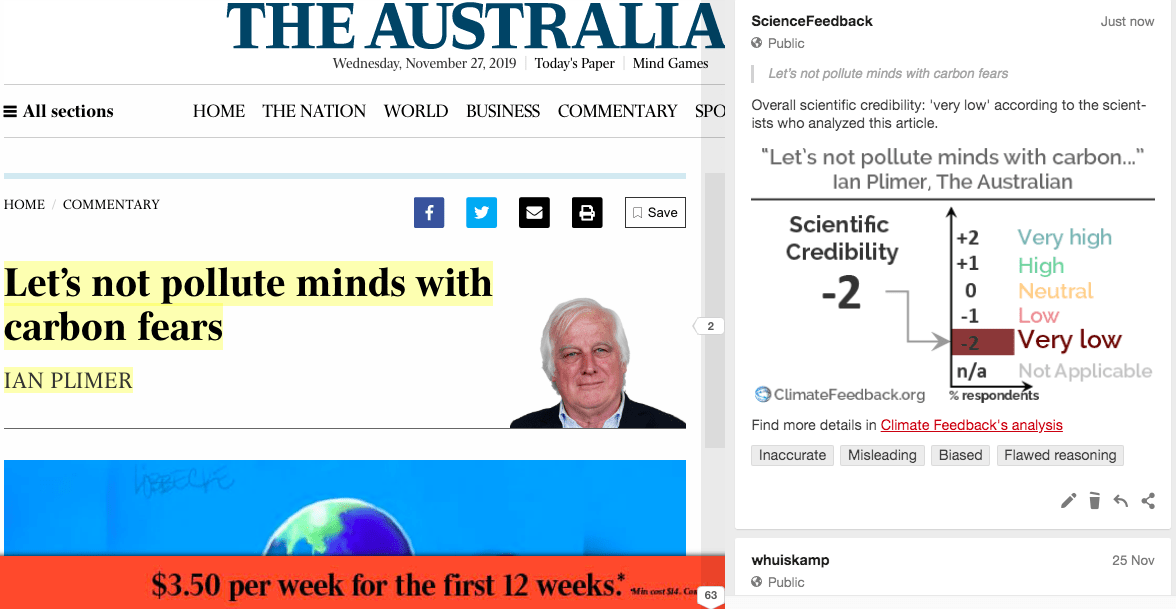 “This article is a mixture of misdirection, misleading claims, and outright falsehoods. The author attempts to paint a picture of current climate change as simply a continuation of natural changes that have occurred in the past. But this neglects the clear evidence that climate change over the last two centuries has been shown to be largely man-made, that it is much more rapid that anything we have seen in the last two thousand years if not longer, and that it is occurring in the context of a globe with more than 7 billion human inhabitants.” 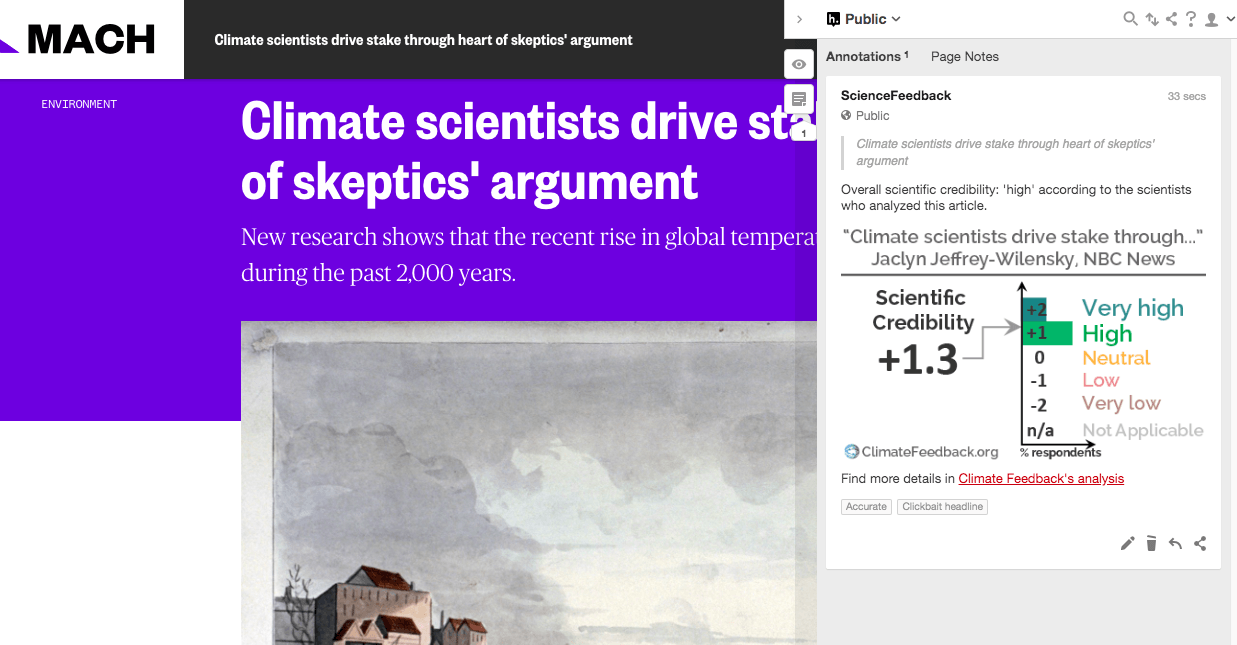 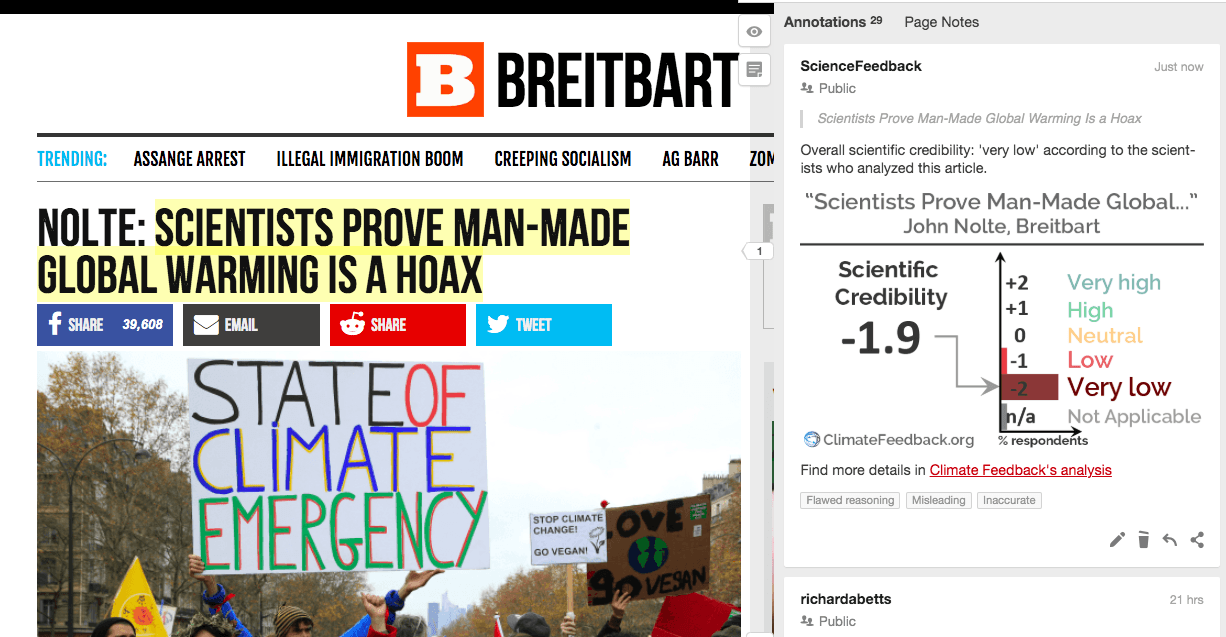 “By the reasoning of this article, if a rock rolled down a hill three million years ago, no human can be responsible for rolling a rock down a hill today. The fallaciousness of this reasoning is astounding.
It is hard to imagine that a well-intentioned person can so profoundly misunderstand the science. Assuming the author is acting in good faith, this article provides evidence that motivated reasoning can produce results that appear delusional to well-informed people.” 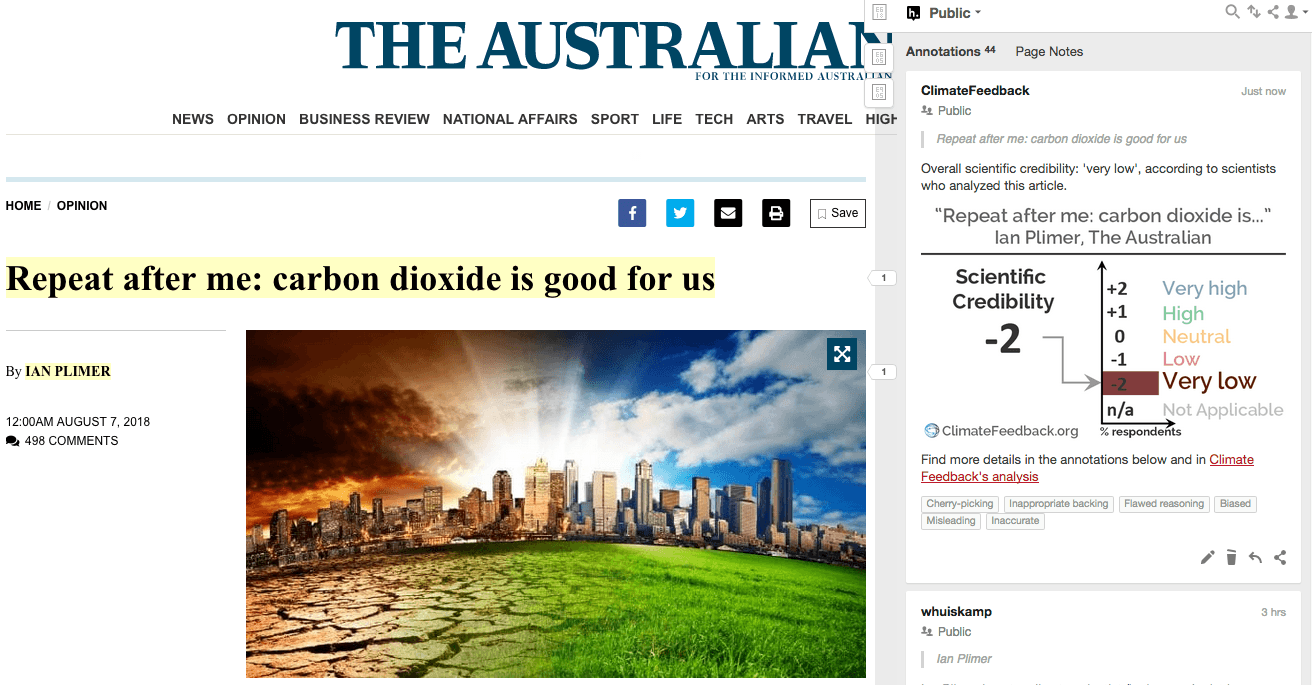 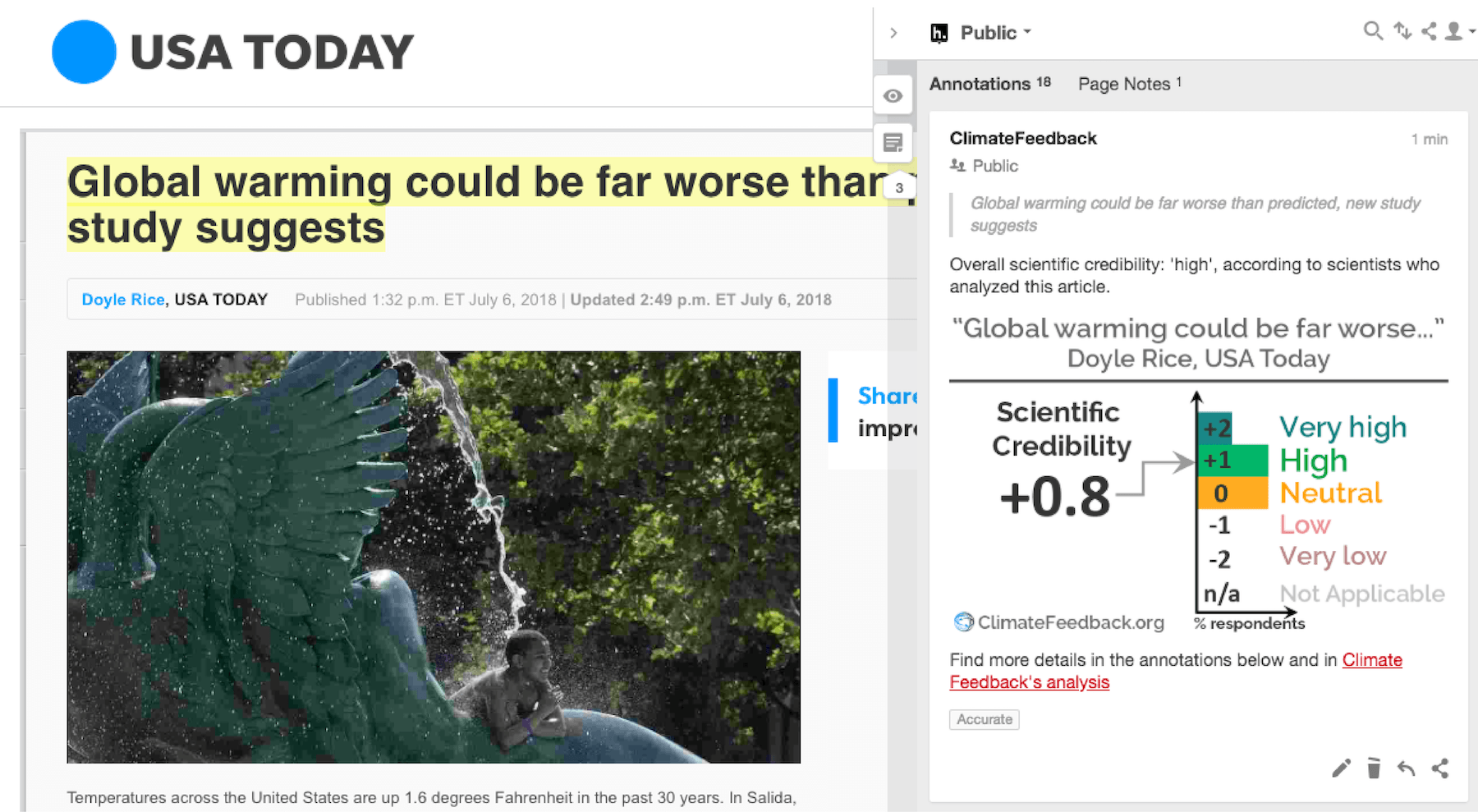 “An accurate and balanced article that gives readers a good flavour of the research but the reference to “Earth’s history” might confuse some when it otherwise refers to the studied period: the past 3.5 million years. Neatly explains a lot of the key points in a small word count, but…” 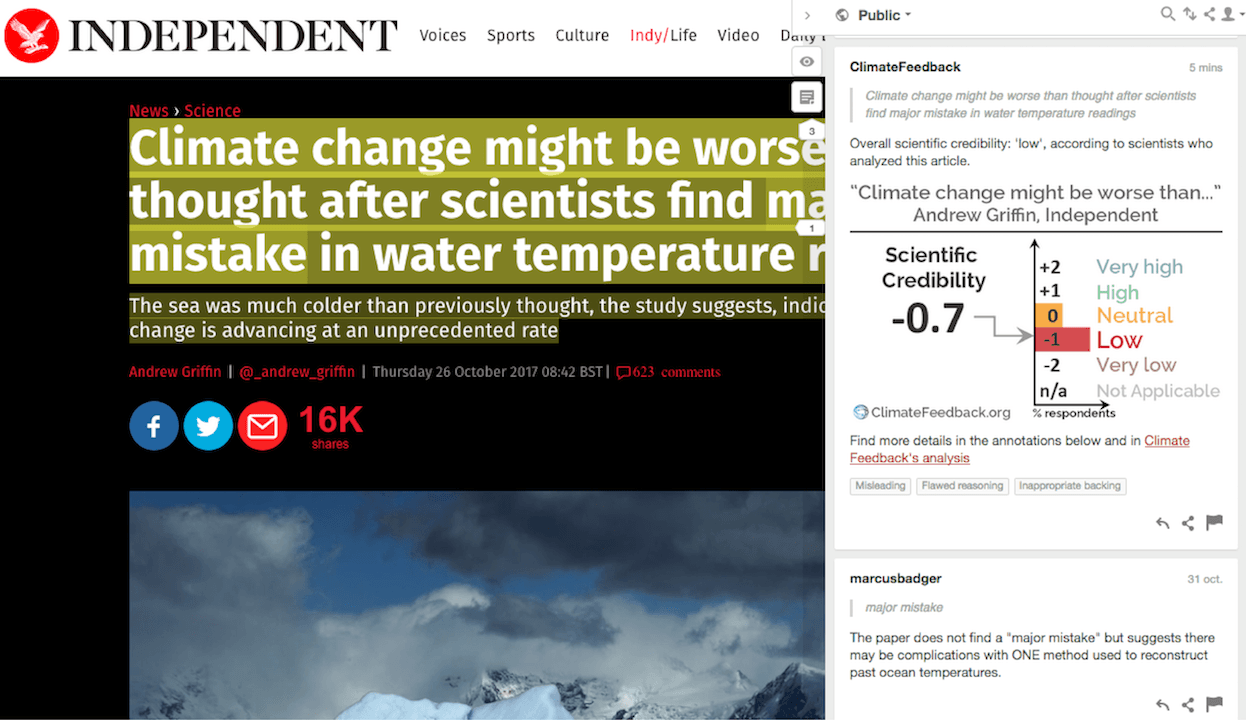 “The article reports on a paper which suggests there may be complications with ONE method we use to determine past ocean temperature. Notwithstanding possible flaws in the methods of the paper, the article ignores significant evidence from other measurements and observations and tells us nothing directly about the severity of future and present climate change.” 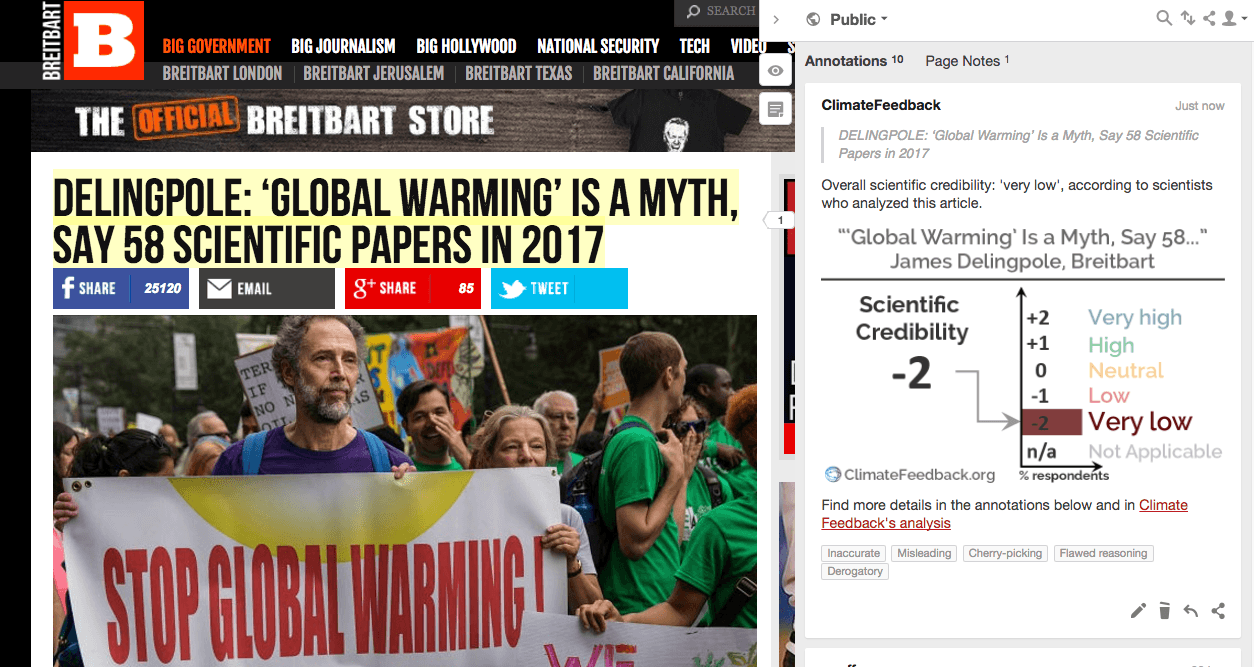 “This article grossly misinterprets open-access scientific papers by simply looking at graphs and entirely ignoring their meaning as explained by authors in the text.” 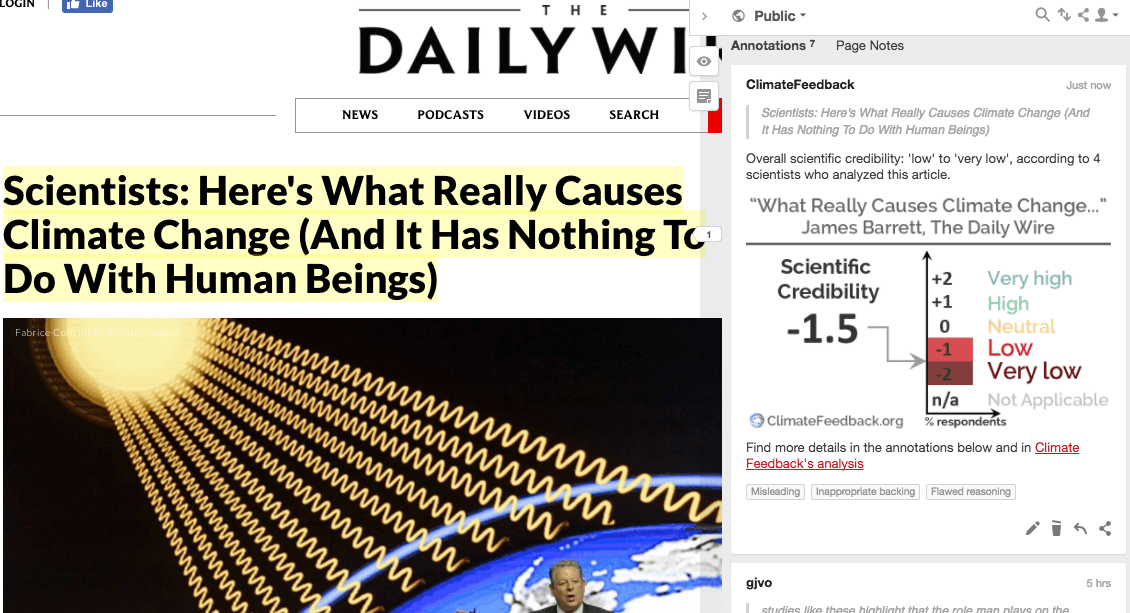 Analysis of “Scientists: Here’s What Really Causes Climate Change (And It Has Nothing To Do With Human Beings)”

“The article misuses a Nature article on a geological process 90 millions years ago to argue the warming of the past century is not anthropogenic. It seems the reasoning is ideologically motivated rather than based on reality.” 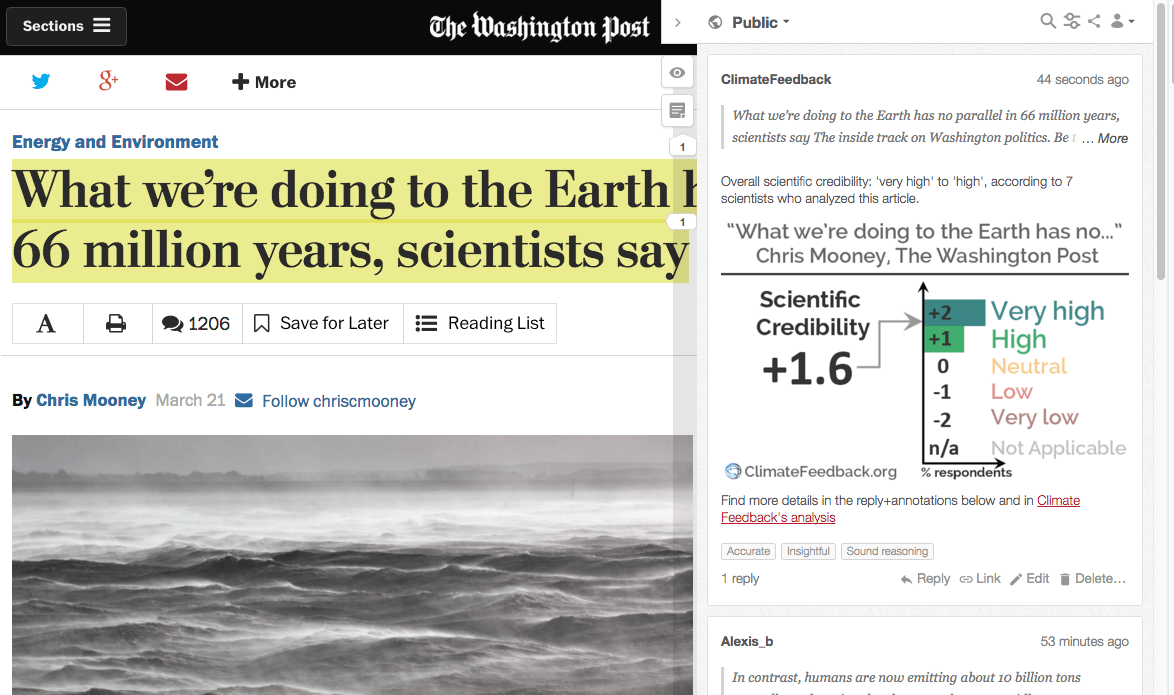 Analysis of “What we’re doing to the Earth has no parallel in 66 million years, scientists say”

“It sadly implies that even the PETM, a massive warm climatic excursion, might not be harsh enough to represent an analogue for future climate change, as the Washington Post rightfully points out.” 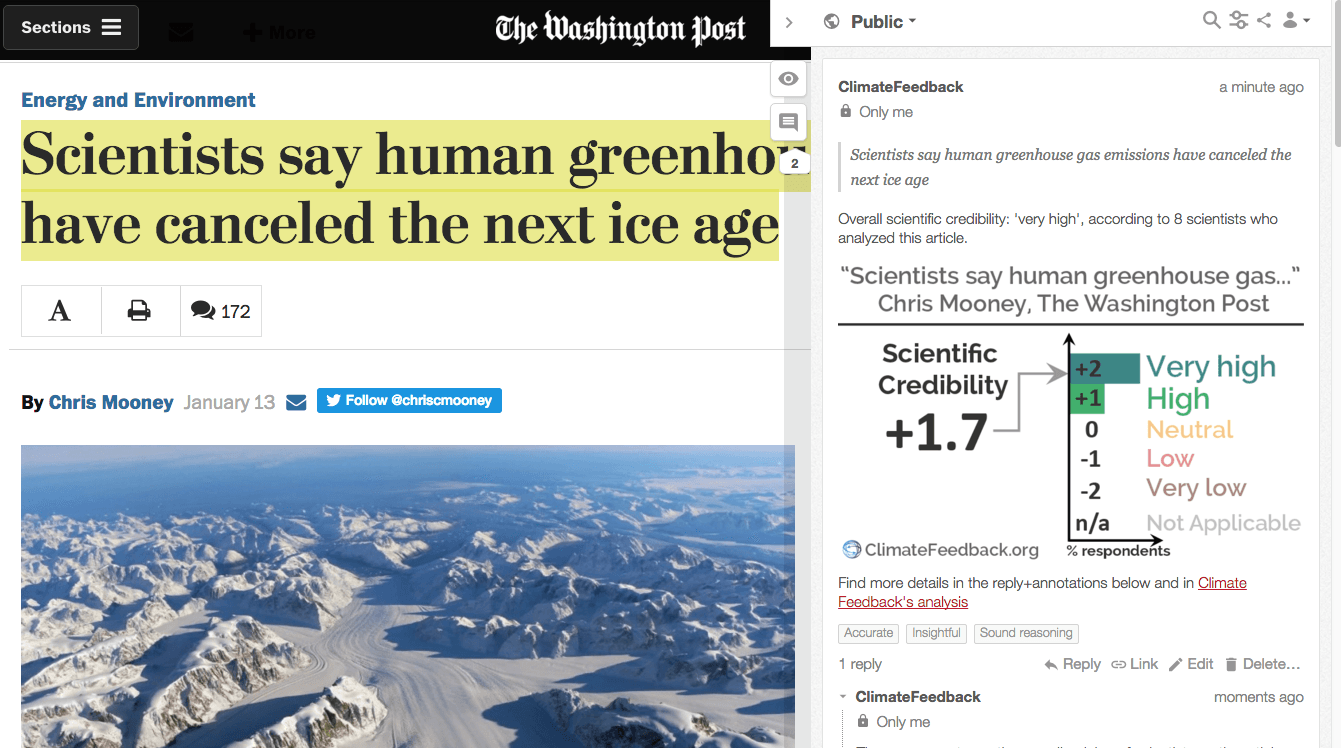 “The article presents an accurate account of recently published research which suggests that human-induced global warming will delay the onset of the next ice age by 50,000 years. The research supports the findings of several studies published over the past 15 years, and is consistent with the scientific consensus that human activity is changing the climate with very long-term consequences.”