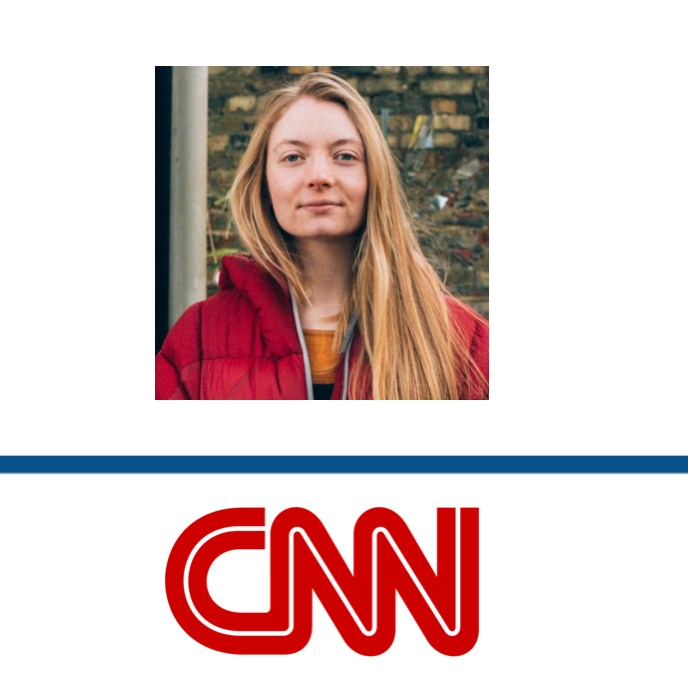 DETAILS
Accurate: A recent study found that 34% of the Antarctic ice shelf was at risk of collapse at 4°C above pre-industrial levels.
Lacks context: The claim doesn’t provide a timescale for when this collapse might occur or mention that not all ice shelves are susceptible to collapse.
KEY TAKE AWAY

Ice shelves are floating sheets of ice that are connected to land masses. They gain and lose surface ice over time depending on snowfall and atmospheric and ocean temperatures. A recent study found that 34% of the Antarctic ice shelf is vulnerable to collapse under a future climate scenario that is 4°C above pre-industrial levels.

CLAIM: "A third of Antarctic ice shelf risks collapse as our planet warms"

The claim that “A third of Antarctic ice shelf risks collapse as our planet warms” appeared in a CNN article and CNN Climate Instagram post published in April 2021, receiving more than 22,000 interactions on Facebook and Instagram, according to the social media analytics tool CrowdTangle. The claim is based on a study recently published in Geophysical Research Letters that estimated surface melt and runoff on Antarctic ice shelves under three future global warming scenarios[1].

Ice shelves are floating sheets of ice that are connected to land masses. They gain and lose ice at their surface over time depending on a variety of factors, including snowfall and the temperature of the atmosphere and the ocean. Ice shelves grow when snowfall accumulates on their surface and shrink when surface ice melts during the summer. This balance between ice gain and loss is referred to as the surface mass balance.

While ice shelves don’t directly contribute to sea level rise, they play a critical role in holding back glaciers. If ice shelves collapse, glacial ice can flow more easily into the ocean, contributing to sea level rise. One way ice shelves can collapse is through a process called hydrofracture. This occurs when surface melt runs into gaps in the ice shelf during warmer months. When this water freezes, it expands, causing fractures and potentially the disintegration of the ice shelf.

In the recent study, scientists modeled ice melt, runoff, and the surface mass balance of Antarctic ice under three global warming scenarios: 1.5°C, 2°C, and 4°C above pre-industrial levels. As Dr. Ella Gilbert, the lead author of the study describes below, 34% of the area of the Antarctic ice shelf is vulnerable to collapse under the 4°C scenario, consistent with the claim (see figure 1). 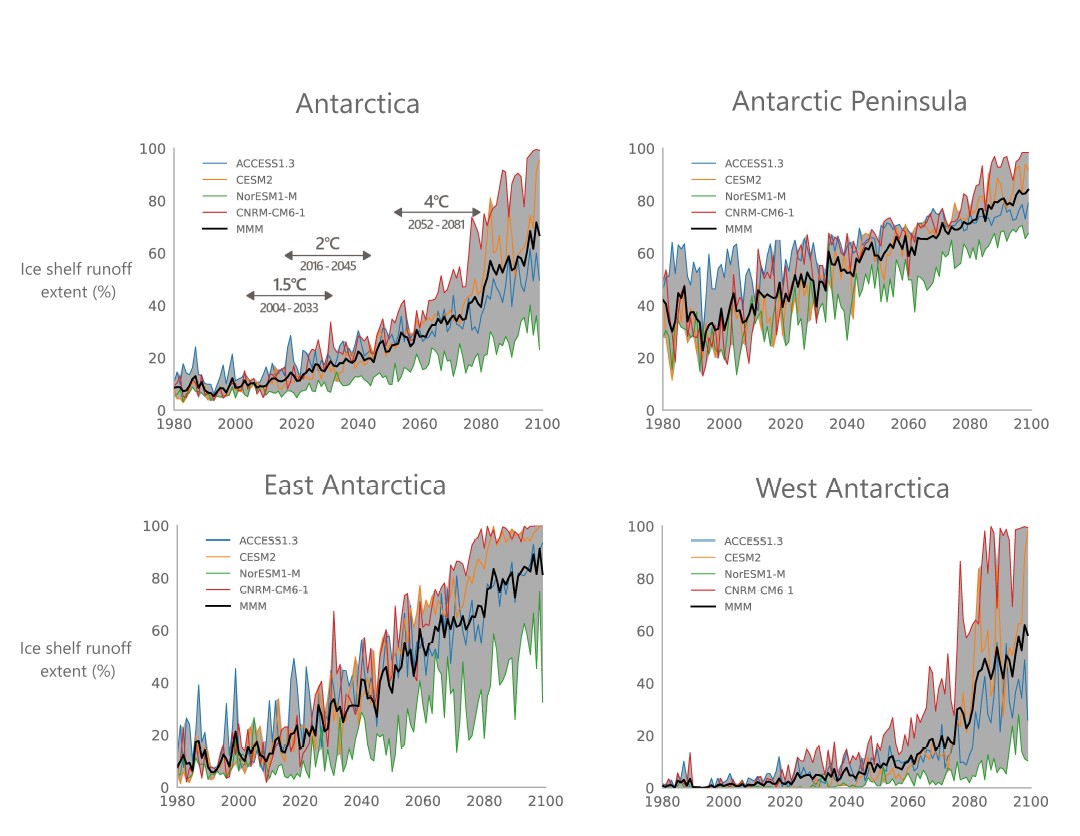 Figure 1—Average ice shelf runoff for the entire Antarctic ice shelf (Antarctica) and three regions of the ice shelf (Antarctic Peninsula, East Antarctica, and West Antarctica) from 1980 to 2100. Colors represent different model simulations and the black line shows the mean of all models. Ice shelf runoff was modeled for three future climate scenarios (1.5°C, 2°C, and 4°C above pre-industrial levels) and the time periods of these are indicated in Antarctica panel. From Gilbert and Kittel (2021)[1].

While the article and Instagram post accurately described results of the study, scientists who reviewed this claim thought it could benefit from a bit more detail. Specifically, they note that not all ice shelves are susceptible to collapse and that the article didn’t specify a timeline for when collapse of the Antarctic ice shelf might occur.

Ella Gilbert, Research Scientist, University of Reading:
Overall I think the Instagram post isn’t inaccurate, maybe just omits some of the details. CNN did actually write a pretty good article about the paper, I guess the nuances just got a bit lost in the Instagram post.

One of the main conclusions of the study is that 34% of ice shelf area​ is susceptible to hydro-fracturing driven collapse at 4 degrees above pre-industrial temperatures. This value increases from 9% in the historical period to 14% and 18% at 1.5 and 2 degrees, respectively. That means that keeping warming to 2 degrees results in a halving of the ice shelf area at risk.

The caveats are that many ice shelves are dynamically stable and therefore unlikely to collapse unless their dynamical regime is altered (e.g. by very large calving events), which is virtually impossible for some ice shelves (for example the George VI ice shelf is surrounded on three sides by rock, making it extremely resilient to change despite high melt rates.

We identify 4 ice shelves – the Larsen C, Wilkins, Pine Island and Shackleton ice shelves to be most vulnerable at 4 degrees.

Twila Moon, Research Scientist, University of Colorado, Boulder:
The statement in the Instagram post and article headline is accurate but incomplete. The research looked at ice shelf stability under a range of future warming scenarios, finding more vulnerability at higher temps (future increase of 4C especially). So one point of the paper is the importance of limiting Earth warming. Other details that aren’t reflected with the short published statement is the timescale of collapse. So much about ice loss on Earth is about how quickly ice is lost. Not including this information can leave the audience to make any number of assumptions.

I found that the article itself was good at providing accurate information. There is still a missing time elements in some cases, but the article has much more detail on both the research article and how that connects with other science findings, such as the urgent need for action to limit future warming. I didn’t note anything that I think requires specific clarification, as I felt the article overall was appropriate.

The first author of the paper, Dr. Ella Gilbert, wrote several articles summarizing the study’s findings for Carbon Brief and The Conversation.