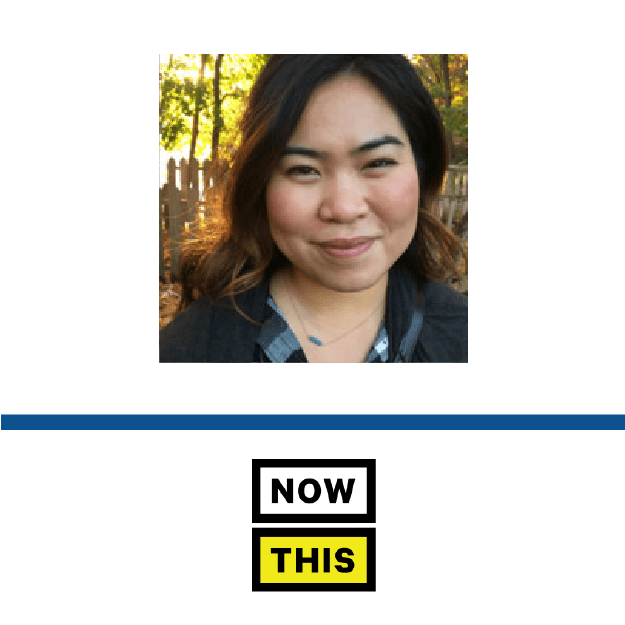 DETAILS
Correct: Scientists have established direct and indirect links between deforestation and the emergence and spread of some infectious diseases.
Misrepresents a complex reality: The effects of deforestation on disease dynamics are complex and multifaceted. Scientists do not fully understand how anthropogenic land use changes, including deforestation, affect human vulnerability to pandemics.
KEY TAKE AWAY

Deforestation can facilitate the emergence and spread of infectious diseases by creating habitats well suited for disease vectors and increasing connectivity between humans and wildlife. However, the effects of deforestation, and other land use changes, on human vulnerability to pandemics is a complex process that is not entirely understood.

CLAIM: Deforestation has made humans more vulnerable to pandemics. Years of scientific research shows that deforestation has led to a rise in the spread of diseases affecting humans. By reducing the amount of available habitat, species are forced into smaller, shared areas, and brought into closer contact with cities and towns.

The claim that “deforestation has made humans more vulnerable to pandemics” appeared in a Facebook video published by NowThis Future in March 2020, receiving more than 140,000 views in the first 10 days after it was posted. Scientific studies have established links between deforestation and the emergence and spread of infectious diseases, providing support for this claim[1,2,3]. However, the effects of deforestation on human vulnerability to pandemics are complex and multifaceted. As a result, scientists do not fully understand this process, as the reviewers describe in their comments below.

More than two-thirds of emerging infectious diseases come from wildlife, including HIV, Ebola, and SARS[3]. Deforestation can directly increase the likelihood that a pathogen will be transferred from wildlife species to humans through the creation of suitable habitats for vector species. For example, clearing forest patches in the Brazilian Amazon created moist environments ideal for a mosquito species that is the primary vector of malaria in the region[2]. As described in MacDonald and Mordecai (2019), “Our results suggest [that] a 10% increase in deforestation leads to a 3.3% increase in malaria incidence,” (see the figure below)[2]. 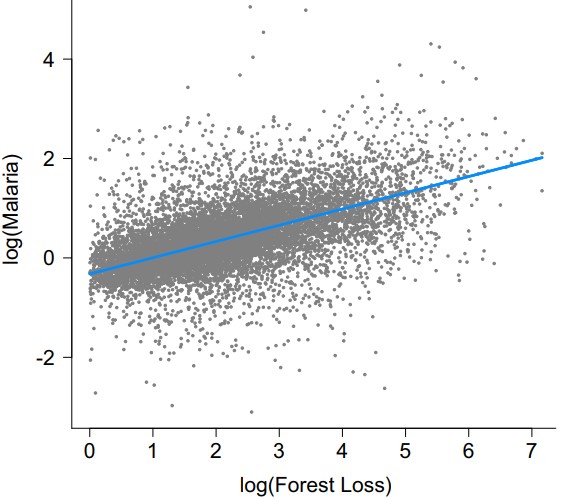 Figure—Annual area of forest loss within a given municipality in the Brazilian Amazon increased the incidence of malaria, measured by the number of reported malaria cases by municipality from 2003 to 2015. Adapted from MacDonald and Mordecai (2019)[2].

By reducing the availability of natural habitats, some wildlife species are driven to find new food resources in urban and suburban areas[4,5]. These patterns are consistent with the claim that “species are forced into smaller, shared areas, and brought into closer contact with cities and towns.” As described in Alfet et al. (2018), “Houses and barns offer shelter for cave-dwelling bats while orchards and fields attract frugivorous bats. This attractive effect of anthropized environments on bats with differing biological needs results in a higher concentration and biodiversity of bat-borne viruses. This increases the risk of transmission of viruses through direct contact, domestic animal infection, or contamination by urine or feces.”[6]

The construction of logging roads is another aspect of deforestation that can facilitate the emergence and spread of infectious diseases. Logging roads have been linked to increases in bushmeat consumption as well as travel between rural and urban areas[4]. Wildlife markets for consumption, medicine, trophies, and pets bring many wildlife species together, creating opportunities for disease spillover from animals to humans. As described in a study by Wolfe et al. (2005), “Increasing densities of human populations in urban centers close to bushmeat hunting areas and the increasing rates of movement of people between village, town, and city, will increase R0 [the reproduction number of an infection] and the risk for new epidemic zoonoses”.[4]

Increases in human population growth and density drive deforestation, as well as a variety of other land use changes that influence the emergence and spread of infectious diseases, potentially making humans more vulnerable to pandemics[1,3,7]. Although scientists have established some connections between deforestation and infectious diseases, many effects in this complex process remain unresolved.

Kate Jones, Professor of Ecology & Biodiversity, University College London: & David Redding, MRC UKRI/Rutherford Fellow, University College London:
I don’t think the system is as simple as deforestation causes diseases—it is a pretty complex and not well understood process. Land use change probably does act to change the composition of the species that humans are exposed to—and this may change the transmission dynamics between people and wildlife and cause jumps to be more likely. For example, deforestation for economic activity such as mining and agricultural development can create open sunlight areas with abundant rainfall, the ideal habitat for the main malaria vector in the Amazon region, Anopheles darlingi.

We are changing the transmission dynamics between wildlife and people by converting landscapes, developing agriculture, and moving domestic species into areas that we haven’t before, exposing ourselves to new pathogens. Over two thirds of human infectious diseases are originally from animals, including diseases such as HIV, Lassa fever, and Ebola. It is likely that the new coronavirus also spilled over into humans from wildlife, potentially from a live wildlife market, although this is still being investigated. We are also moving wildlife around the world like never before and mixing species in wild animal markets—creating new virus cocktails. Rapid uncontrolled urbanisation combined with international travel and trade is facilitating the emergence and re-emergence of viruses.

Jessie Abbate, Post-doctoral Research Associate, French Institute of Research for Development:
I think everything in this is true. Climate change, including deforestation which drives it, is a key driver of cross-species transmission which is where zoonotic emerging diseases come from[8,9]. The more often this happens, the more chances there are that a pathogen which normally is adapted to its natural animal host but happens to be randomly good at transmitting between humans will do so.

Several other media outlets have covered the science linking deforestation and wildlife habitat destruction to infectious disease pandemics. A National Geographic article describes how deforestation can facilitate the spread of novel diseases from wildlife species to humans. A recent article in Scientific American discusses how we can use knowledge about the effects of deforestation on infectious diseases to better prepare for viral outbreaks, such as the coronavirus.