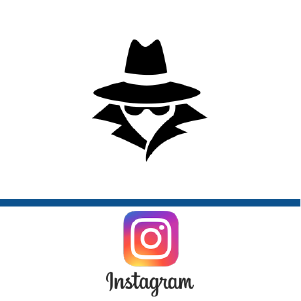 DETAILS
Incorrect: Global warming is caused by anthropogenic emissions of greenhouse gases, particularly CO2, which trap infra-red radiation and cause the atmosphere to retain heat, not by greenhouse gases creating holes in the ozone.
Factually inaccurate: Chlorofluorocarbons, halons, and other ozone-depleting substances cause holes in the stratospheric ozone layer, not the greenhouse gas CO2, which was referred to in the post by stating it is emitted into the ocean. Ozone-depleting substances were limited in 1987, preventing the formation of more and deeper holes in the ozone.
KEY TAKE AWAY

It is a common misconception that Global Warming would be due to holes in the ozone layer caused by Greenhouse gases (GHG). Instead, GHGs warm the Earth’s surface by trapping infra-red radiations, limiting the natural process by which the Earth’s surface cools. Holes in the stratospheric ozone layer are caused by anthropogenic emissions of chlorofluorocarbons (CFC), halons, and other ozone-depleting substances. Reductions in ozone-depleting substances due to the Montreal Protocol have prevented the formation of more and deeper ozone holes.

CLAIM: “the green house gasses that have been emitted into the ocean over that last 150 years would still be releasing slowly and causing more and more holes in the ozone layer as time goes on … the ozone layer has holes in it causing global temperature to rise. It would be so easy to plant a small tree of keep plants in you house or in your garden. This could create more oxygen and build up the ozone layer. ”

The claim appeared in an Instagram post published by Otis Holland in July 2020. The post states that greenhouse gases that are emitted into the ocean, referring to CO2[1], cause holes in the ozone. Contrary to the claim, stratospheric ozone depletion is caused by anthropogenic emissions of chlorofluorocarbons (CFCs), halons, hydrochlorofluorocarbons, and other ozone-depleting substances[2]. These long-lived substances, which are found in aerosol spray cans, refrigerants, and industrial pollutants, break down ozone molecules causing holes in the ozone layer. While ozone can affect climate, the rise in global temperature is the result of human-caused emissions of CO2, methane, nitrous oxide, and other greenhouse gases that trap and re-emit infra-red radiation, not by causing holes in the ozone layer as claimed (see figure below)[1,3,4].

Figure—The estimated role of different factors influencing global surface temperatures from 1850 to 2017. Observed temperatures are shown in black dots. Global warming over the past 150 years was primarily driven by greenhouse gas emissions (red), not ozone (purple). From Carbon Brief.

Contrary to the claim that holes in the ozone layer will become more prevalent over time, scientific studies have found that the Antarctic ozone is recovering[4,5]. According to the 2018 WMO/UNEP Scientific Assessment of Ozone Depletion, global and Antarctic ozone concentrations are projected to recover to 1960 levels by the end of the century, assuming future compliance with the Montreal Protocol, which limits the use of ozone-depleting substances (see figure below)[2]. 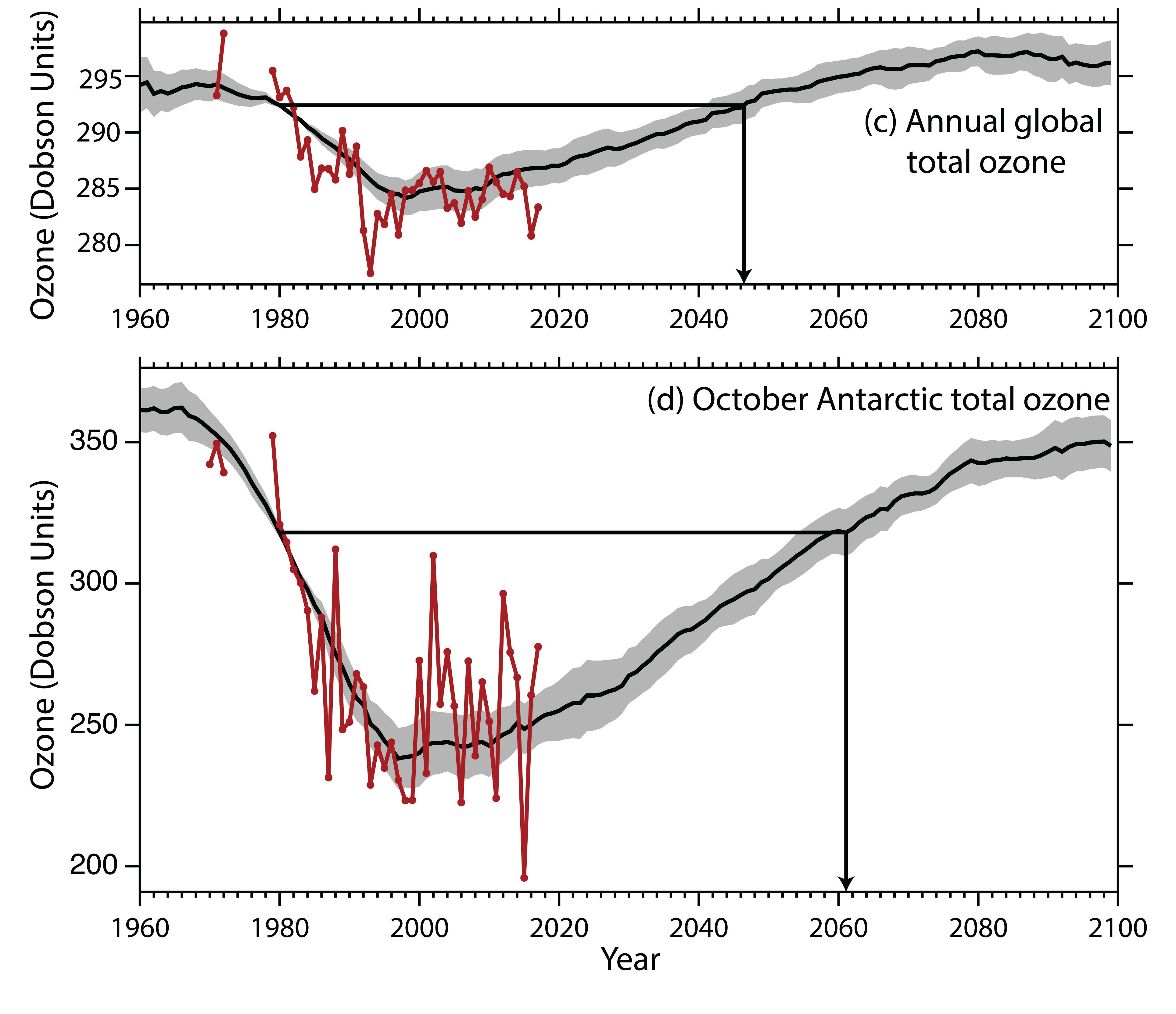 Figure—Comparisons of total ozone observations (red points and lines) and chemistry climate models (black lines with grey regions showing uncertainty) for the globe (top) and Antarctic (bottom). Annual global total ozone is averaged over 60°N to 60°S latitudes, whereas Antarctic total ozone is averaged over 60°S to 80°S latitudes. Models project that ozone concentrations will return to levels observed in the 1960s by 2100, assuming future compliance with the Montreal Protocol. Black lines with arrows indicate the years that ozone abundances are projected to return to values observed in 1980. Adapted from World Meteorological Organization (WMO) Executive Summary: Scientific Assessment of Ozone Depletion (2018)[2].

In 1987, the United Nations passed an international treaty, the Montreal Protocol, to limit the use of CFCs and other ozone-depleting substances[6]. Models of the Arctic ozone demonstrate that the Montreal Protocol has prevented the formation of a deeper ozone hole, as well as additional holes (see figure below). 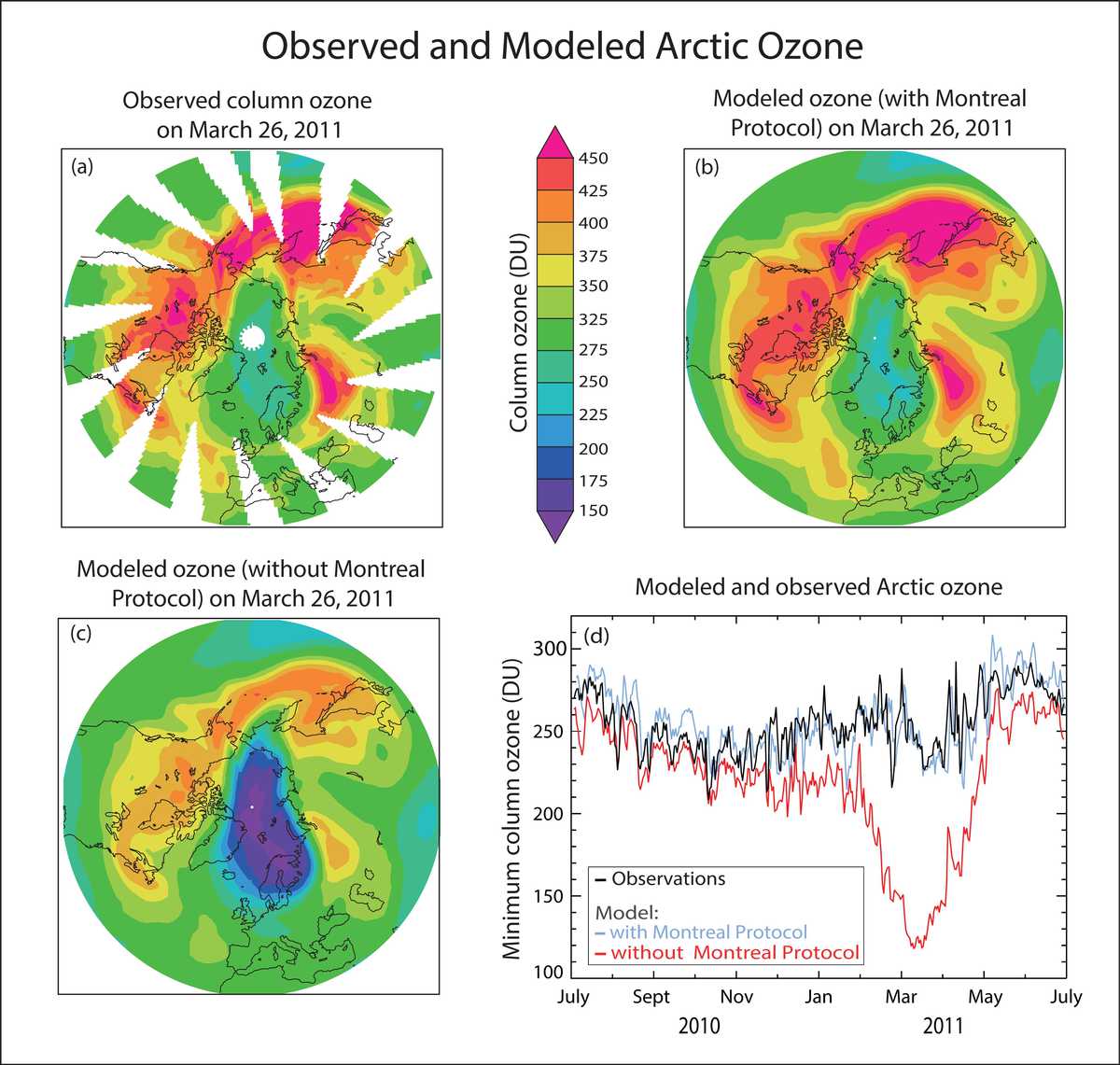 Figure—Observed and modeled column ozone in the Arctic. Satellite observations from the Ozone Monitoring Instrument in March 2011 (a). Models of Arctic Ozone show projected changes in the ozone with (b) and without (c) the Montreal Protocol. From World Meteorological Organization (WMO) Executive Summary: Scientific Assessment of Ozone Depletion (2018)[2].

While planting trees in your house or garden to increase oxygen can potentially influence ground-level ozone, this approach will not alter stratospheric ozone on human life timescales[7].

Overall, the claim does not accurately describe the mechanism of global warming or the causes and trends of ozone depletion.