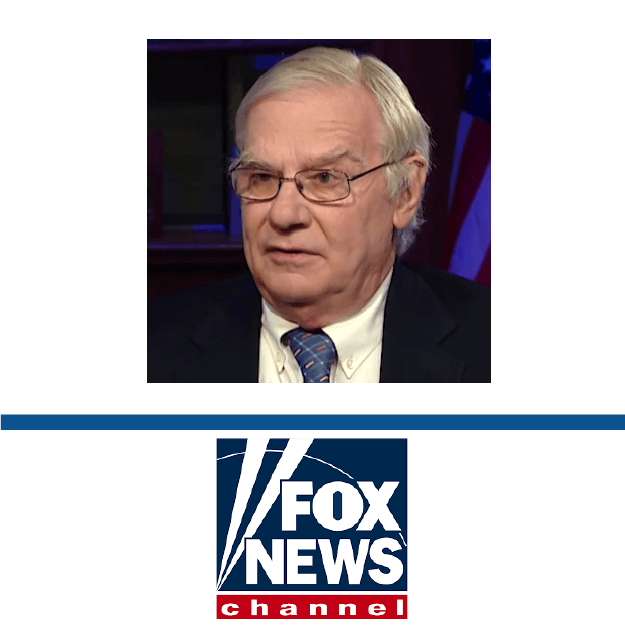 CLAIM
So that means that probably about half, maybe half of that nine-tenths of the degree [of total warming] might be caused by greenhouse gases
VERDICT more about the rating framework

DETAILS
Misleading: Human-caused warming did not begin in 1976, as Michaels claims.
Inadequate support : No evidence or research is provided to support this claim, which contradicts the published scientific literature.
KEY TAKE AWAY

Multiple factors—some human-caused and some natural—combine to influence global temperatures. However, human activities were already causing warming in the first half of the 20th century, and are responsible for approximately 100% of the more-rapid warming taking place after 1950. Thus, humans are responsible for most of the warming since 1900.

CLAIM: There are two periods of warning, one in the early 20th Century that could not have been caused by human beings because we hadn't put enough CO2 in the air, and one in the later part of the 20th Century that either slows down or ends depending upon whose data you use somewhere in the late 1990s, only to resume with the big El Nino that covered the news the last couple of years. So that means that probably about half, maybe half of that nine-tenths of the degree [of total warming] might be caused by greenhouse gases because when the planet warmed beginning in 1976, the temperature of the stratosphere started to drop and that's the prediction of greenhouse theory

This claim is being reviewed months after the interview first ran because it has recently been recirculated by blogs dismissive of climate science, and has been one of the most highly promoted videos by YouTube’s suggestion algorithm in recent weeks.

Zeke Hausfather, Director of Climate and Energy, The Breakthrough Institute:
Pat Michaels is incorrect in his assertion that early 20th century warming somehow reduces the role for CO2 and other greenhouse gases in the rapid warming the world has experienced over the past few decades. Early 20th century warming was more gradual and much shorter than what we have experienced over the past 50 years.  As we demonstrated in our recent Journal of Climate paper1, you don’t necessarily need internal variability to explain early 20th century warmth; a combination of increasing greenhouse gas concentrations, solar output, and a reduction in volcanic activity can explain most of the observed changes during that period:

This is an area of active research, and other estimates (e.g. from Hegerl et al, 20182) suggest that natural variability could contribute around 50% of the warming during that period. But no one suggests that early 20th century warmth was solely due to natural variability. Many of the natural factors that played a role in early 20th century warmth, such as increased solar output, have been moving the other direction over the past 50 years. Natural factors alone would have resulted in cooling rather than warming over the past few decades:

Michaels is similarly misleading in asserting that warming “either slows down or ends” in the mid-1990s. That is clearly not the case; not only is no significant slowdown apparent after 1990, but the past few years have been near record-warm despite modest La Nina conditions. 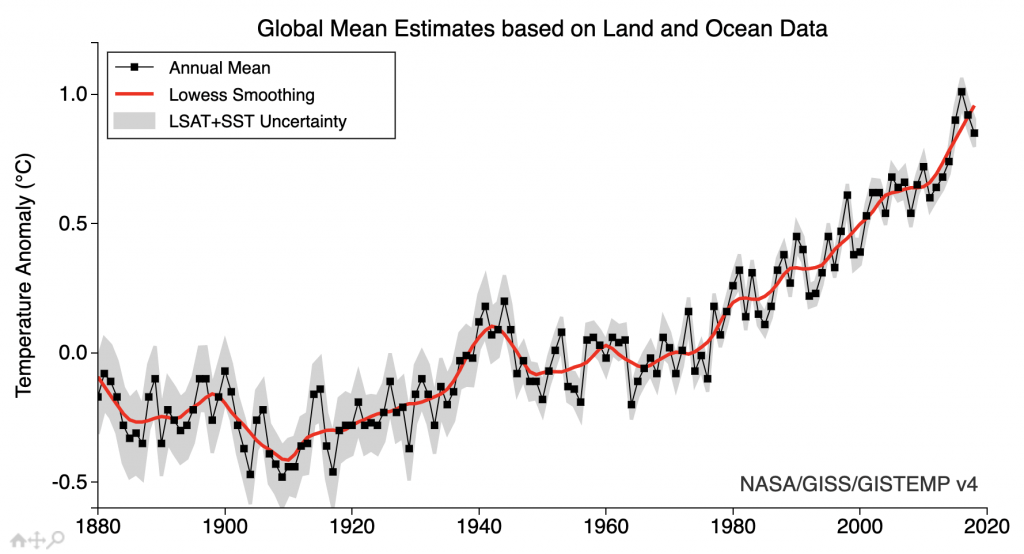 Humans were, in fact, increasing greenhouse gasses sufficiently in the early 20th century such that it had an influence on global temperature. This was acknowledged even at the time. Guy Callendar estimated the influence of anthropogenic CO2 on global temperature in a paper in 19383 which reads: “…the increase in mean temperature, due to the artificial production of carbon dioxide, is estimated to be at the rate of 0.003°C. per year at the present time.”

Measurement error could also play a role. Thompson et al (2008)4 suggested that the shift from measuring sea surface temperatures using buckets to engine intake measurements caused part of the apparent hump in temperature in the early 1940s. Were it not for this hump, the period from 1910 to the early 1940s would not stand out so much as its own period of warming, requiring unique explanation.

Patrick Michael: “So that means that probably about half, maybe half of that nine-tenths of the degree [of total warming] might be caused by greenhouse gases because when the planet warmed beginning in 1976“

Here, Michaels incorrectly attributes zero warming to CO2 until 1976 and then implicitly assumes that all other factors are held constant after that point. This is not the case. Careful analysis that attempts to take into account all major factors and their evolution in time indicates that anthropogenic increases in greenhouse gasses account for more than 100% of the observed warming on the century timescale (requiring cancellation from cooling influences). See the summary graphic from Carbon Brief, below.