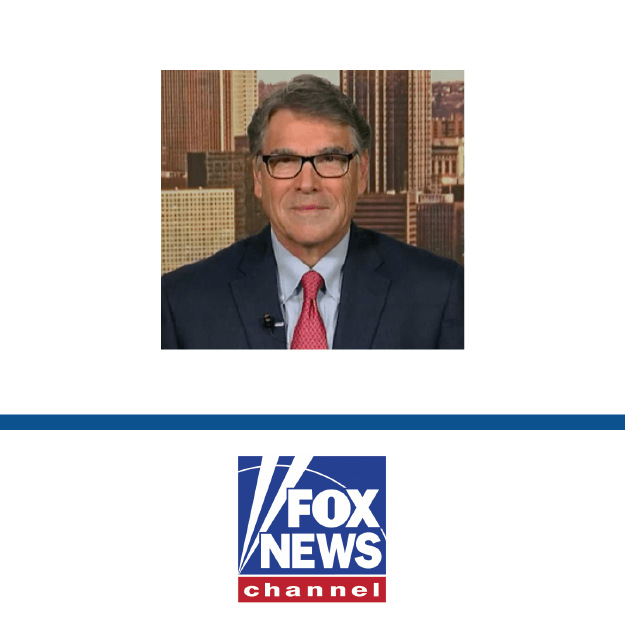 CLAIM
I think about all the 194 [countries] that signed onto the Paris accord, the U.S. is the one that's leading the world in reducing emissions
VERDICT more about the rating framework

DETAILS
Misleading: It's true that US emissions have declined in recent years, in part because of newer natural gas power plants replacing inefficient coal plants, which emit more CO2. However, the claim that the US would be “the one” country leading in reducing emissions fails to acknowledge that many other countries are reducing emissions faster than the US, starting from a per capita emission level that is already well below the United States' and have policies in place to further cut emissions.
KEY TAKE AWAY

While Perry's statement isn't perfectly clear in its meaning, it suggests that the United States is reducing emissions the fastest—and that few other countries are reducing emissions at all. That is not true. Emissions in many EU nations are falling by a greater percentage than in the US (and they also emit much less per capita).
However, since the United States emits the second most among nations, a given percentage decrease by the US represents more tons of CO2 than a similar decrease by another individual nation.

CLAIM: The reality is that the United States is lowering emissions—one of the only countries in the world. I think about all the 194 [countries] that signed onto the Paris accord, the U.S. is the one that's leading the world in reducing emissions... America [is] transitioning away from old inefficient power plants to natural gas plants.

When asked for clarification, a spokesperson for the US Department of Energy told Climate Feedback, “The US leads the world in actual [greenhouse gas] emissions reductions by orders of magnitude compared to any other country since 2005.”

Since the United States is the second-largest emitter of greenhouse gases, a 1% decrease (for example) would represent a greater cut than many nations emit, in total. However, this would not typically be described as a stronger reduction than a smaller nation making a 5% cut.

Jan Ivar Korsbakken, Senior Researcher, CICERO Center for International Climate Research:
Yes, the US is transitioning away from “old inefficient power” (which presumably means coal power plants, most of which are quite old and inefficient in the US) to natural gas plants, and that is the single most important reason why US CO2 emissions have seen a downward trend since the mid-2000s. The rest of his statement is vague and imprecise enough that you can probably construct some interpretation that turns out to be correct, but I would rate it as “mostly incorrect”.

The United States is one of the countries in the world that have been lowering emissions, but the wording suggests that there are very few countries doing so, which is not true. US emissions have had a clear downwards trend since the late 2000s, and although a big part of that can be attributed to the financial crisis, the trend has continued even after the economy started to recover. But the EU as a whole has followed a similar trend, and many individual European countries have seen much greater declines in emissions. Outside of Europe and the US there aren’t a lot of countries whose emissions are going down. Maybe that could justify saying that the US is “one of the only countries in the world”, but to me it sounds like he’s trying to give the impression that the US is more unique than that.

As for the US being “the one that’s leading the world in reducing emissions”, that is a very dubious claim. Emissions are going down mainly because of economic factors (natural gas out-competing coal-fired power plants, as well as energy efficiency improvements) and in part because of regulation put in place by previous administrations (in particular pollution limits for coal-fired power plants and to some extent earlier support for renewable energy, and further assisted by vehicle mileage standards and other energy efficiency measures). It’s happening more in spite of the policies of the current administrations than because of them. Also, there are many countries in Europe that have reduced emissions more, and the EU is currently pursuing much more active policies to reduce emissions further, while climate policies in the US have largely stagnated or are even being rolled back. All in all, it doesn’t add up to a very convincing leadership role for the US.

You can, of course, make the case that the US had a decisive leadership role in bringing the Paris agreement into existence in the first place, under the previous administration, but I assume that’s not what Perry is trying to brag about.

To stop global warming, global CO2 emissions have to be brought down to net zero. Around 2005, the US was generating and dumping about 6 billion metric tons of CO2 into the atmosphere to satisfy its energy demand. Currently, the US is currently still putting about 5 billion metric tons of CO2 into the atmosphere. That is less than in 2005, but still about one-seventh of total global energy-related CO2 emissions and far from what would be required to limit warming to below 2 degrees Celsius. Without a clear long-term strategy to eliminate all net emissions of CO2, the US is clearly not leading on climate change. Simply transitioning to natural gas plants with lower carbon intensity lowers CO2 emissions in the near-term (but locking in CO2 emissions in the longer term) because the built-up infrastructure will be operated for several decades and continue to produce and emit CO2.1

Over the same period, other countries have also shown much stronger emissions reductions (see figure below from Le Quéré et al, 20192).

Developing countries have overall much lower emissions, particularly per person, and while the responsibility for bringing global CO2 emissions to zero is a shared one, currently the US is still far from being a global leader in this field.