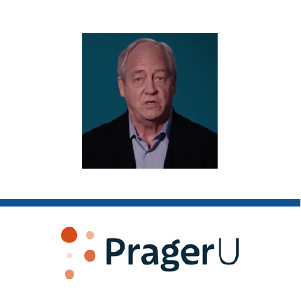 CLAIM
Of course the climate is changing. It always has. It always will.
VERDICT more about the rating framework

DETAILS
Misleading: Misrepresents past climate epochs as similar and comparable to the current pattern of global climate change, though they were significantly smaller in spatial extent, magnitude, and rate of change.
KEY TAKE AWAY

Although periods of regionally warmer and cooler temperatures have been recorded over the last 2,000 years, the patterns of warming and cooling were not globally coherent. In contrast, the current period of climate warming is unprecedented, occurring simultaneously on 98%[1] of Earth’s surface and at a significantly faster rate than past fluctuations in global temperature.

This claim made in a viral Instagram post and a video by PragerU states that Earth’s climate has always changed and always will, and cites as evidence past periods of climatic anomaly such as the Roman Warm Period and the Little Ice Age. Although the occurrence of such climate epochs is not disputed—they are well-known from both written records and paleoclimate proxies such as lake sediment cores and tree rings—these periods of climate fluctuation are not comparable to the current pattern of climate warming, contrary to the claim that “of course the climate is changing” today just as it had been in the past.

The current period of climate warming is globally coherent, meaning that surface temperature warming is occurring simultaneously across the planet. In contrast, none of the climate epochs over the last 2,000 years were globally coherent, and past climate fluctuations were smaller in magnitude and changed at a slower rate than current surface temperature warming.

Although the Little Ice Age (15th-19th century CE) is generally associated with cooler temperatures, the pattern of cooling during this epoch was not globally coherent. Using paleoclimate reconstructions, scientists at the University of Bern demonstrated that the temperature minimums during the Little Ice Age occurred hundreds of years apart in different regions[1]. The eastern Pacific region hit its coldest temperature by the 15th century, while northwestern Europe did not reach its temperature minimum until about 200 years later. The same is true for the other well-known periods of climate fluctuation that have occurred over the last 2,000 years, such as the Medieval Warm period (see Figure 1).

In contrast, the same study showed  that the current pattern of climate warming is occurring simultaneously across 98% of the planet’s surface (Figure 1c). The spatial and temporal coherence of the current warming period is unprecedented over the last 2,000 years, marking current climate change as fundamentally different from past regional climatic fluctuations. 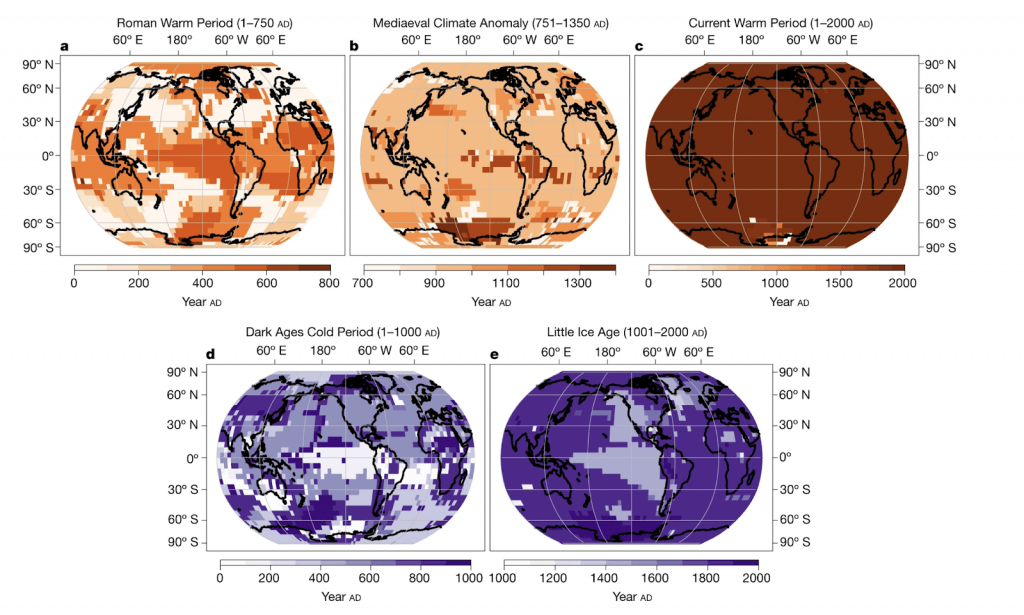 Figure 1 – Years with the warmest (A, B, C) and coldest (D, E) temperatures across the globe, based on paleoclimate reconstructions. Source: Neukom et al. 2019[1].

This study, along with additional paleoclimate reconstructions, shows that the magnitude and rate of temperature change during the current warming period are also significantly greater than what the planet has experienced over the last 2,000 years[2] (Figure 2).

Robust paleoclimate reconstructions extending even further back—to the beginning of the Holocene 11,000 years ago—show that the current global surface temperature is warmer than it was for 90% of the Holocene, and that the temperature by 2100 is projected to be warmer than the planet has experienced during recorded human history[3]. Furthermore, the rate of warming over the last century is about ten times faster than previous rates of long-term global temperature change in the last million years, even those occurring at the end of ice ages. This shows that the current pattern of climate warming is not comparable to past, natural fluctuations in climate. These findings support a plethora of other evidence that current climate warming is human-caused, not natural[4].