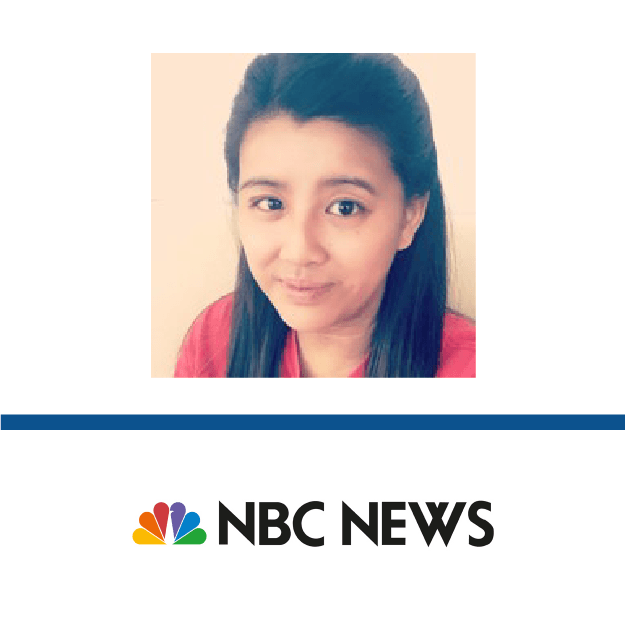 DETAILS
Accurate: It is possible that the concentration of atmospheric CO2 was this high a little less than 3 million years ago, but it is certainly true that this was before the appearance of humans.
KEY TAKE AWAY

The concentration of carbon dioxide in the atmosphere is increasing several parts per million each year, and has already reached levels not seen since much warmer climates in the geologic past.

CLAIM: the concentration of carbon dioxide in Earth’s atmosphere has climbed to a level last seen more than 3 million years ago — before humans even appeared on the rocky ball we call home

Scott Wing, Curator and Research Scientist, Department of Paleobiology, Smithsonian Institution:
This NBC piece is good and the quotes are apropos and accurate. I wouldn’t want to detract from the good reporting and good comments in the story from Ralph, Rob, Dana, and Gavin, but there are two points that could be added if there were a venue for more information:

1. Estimates for CO2 in pre-ice-core time (>~0.8 Ma) are much less certain. So 415 might be as high as the Earth has been in the last 3 million years, but it’s not out of the range of  estimates that hasn’t been this high in 15-18 million years. Even for the warm middle-late Eocene (34-56 million years ago) there are CO2 estimates as low as 400-500 ppm (though also many more near 1000 ppm). So it is possible that today’s levels (and especially those of the next few decades) might be unprecedented in the last 45-50 Ma. As with so much news about climate, we try to be “reasonable” from the start, but the upper bounds of our estimates don’t exclude much more extreme scenarios. The eventual equilibrium climate with 500 ppm of CO2 could mean no polar ice and hundreds of feet of sea level rise, whereas it seems extremely unlikely it would be cooler than we think.

2. Rob’s statement is good: “We’re not going to see the full consequences of 415 parts per million of carbon dioxide today,” Jackson said. “It’ll take a thousand years of people — 30  generations of people — to pay the price of what we’re doing today.” There is the possible implication that our descendants will pay the price of losing most coastal infrastructure, much arable land, etc. Another way our descendants could pay is quite literally  to pay for the removal of CO2 from the atmosphere in hopes of avoiding the worst long-term consequences for sea-level rise and other things.

Michael Henehan, Postdoctoral Researcher, GFZ Helmholtz Centre Potsdam:
I can confirm that this statement is accurate.

Firstly, the relatively easy bit: modern humans (Homo sapiens) are thought to have diverged some 350,000 years ago. Even the earliest members of the genus Homo, which was a very different species with nothing like the brain capacity of modern humans, first appeared around 1.8 million years ago by most estimates. So yes, it was before we arrived.

So what do we know about CO2 over this time period?

Below is a figure1  taking CO2 from ~2.4-3.2 million years ago (goes back in time from left to right). Panel a shows some old estimates generated from carbon isotopes in alkenones (fossil biomarkers produced by marine algae), which we now know have some problems, and don’t always record CO2 as well as other proxies2. In panel b are some old boron isotope data, since when isotope measurement techniques have been improving, and our understanding of the proxy has improved—some data shown in red squares was recently recalculated3. Data from the most up-to-date techniques of boron isotope measurement are shown in panel c (raw data) and panel d (what that translates to in pCO2—white circle is excluded as an outlier). You can see that the margins of uncertainty in data (68% confidence in dark blue shading, 95% confidence in lighter blue), and some data points from one of the sites marked in red circles, do at times cross over the 415 ppm value. So strictly speaking we can’t rule out the possibility that at some point within the period from 2-3 million years ago, CO2 very briefly reached levels slightly above 415 ppm. However, certainly the average CO2 (averaging out natural orbital variability) marked by the thick blue line in panel d, never gets above 415 ppm CO2 over this interval.

A useful resource for this information is the Palaeo-CO2 Project website, where workers in the field have vetted which datasets should no longer be trusted due to doubts about the proxies/datasets thrown up by later research, and which records can be considered amongst the more reliable estimates. Here you can see (figure last updated maybe two years ago?) that pCO2 didn’t regularly get above 400 ppm until before ~3 Ma (or million years ago).

Marcus Badger, Lecturer in Earth Sciences, The Open University:
The article is broadly correct, in that atmospheric CO2 has not been as high as 415 ppm for millions of years. However, there is some uncertainty as to exactly when CO2 was last 415 ppm.

We have several ways of getting at a value for atmospheric CO2 in the time before heroic humans like Ralph Keeling were measuring it. Probably the most robust is the record from the ice cores. When snow falls and turns to ice, it traps tiny bubbles of the atmosphere at the time it fell within the ice. By drilling long ice cores in Antarctica and Greenland we can melt the ice, retrieve that atmospheric sample and measure the CO2 concentration from when the ice formed. However we currently only(!) have a good ice core record up to 800 thousand years ago1. Some older ice has been recovered but its age is uncertain (around 1 million years2). None of the ice core record exceeds modern day values of atmospheric CO2, and most of it is well below 300 ppm. Beyond the ice cores, we have to rely on “proxy” measurements–geochemical signals from which we can calculate CO2. Two of these,  the carbon isotopic composition of marine algae, and the boron isotopic composition of marine foraminifera fossils, have been deployed for the past few millions of years. These records overlap with and go beyond the ice cores, and although the record for the past few million years is currently incomplete, the last time it looks likely that  CO2 exceeded today’s 415 ppm was over two million years ago3, 4 . If we look at these records at face value (and ignore uncertainties, which we shouldn’t) then the most recent datapoint in those records above 415 is 2.4 million years ago3 which just sneaks into the Pleistocene, rather than the Pliocene. But if we are a little more careful with our data, it’s true to say the last time we are confident CO2 exceeded 415 then it’s the Pliocene for sure,  and closer to 3 million years ago. As the article says, this is well before modern humans evolved, and was a much warmer time, with global mean temperatures 2-3 degrees Celsius higher than pre-industrial and much higher sea levels—certainly a climate we should look to avoid.

Lee Kump, Professor, PennState University:
The direct measurement of ancient atmospheric composition is restricted to bubbles in continental ice sheets (Greenland and Antarctica), and that record only extends back about 1 million years. Clearly, the 415 ppm level today greatly exceeds the maximum records in this time period (which topped out during interglacial times at less than 300 ppm). For more ancient times we have to use proxy measures, that is, measurements of other things like the density of pores (stomata) on fossil leaves (calibrated with greenhouse data) or the boron content of fossil shells (sensitive to the CO2 content of the surface ocean, which is tightly linked to the atmosphere). Those proxies give somewhat different results as we go further back in time, but none indicate levels above 415 ppm before about 2.6 million years ago, and only one measurement I know of shows this; the next cluster is at around 3 million years (see, for example, Wang et al, 2015). Other proxy records indicate that CO2 levels above 415 ppm didn’t occur for the last few tens of millions of years.