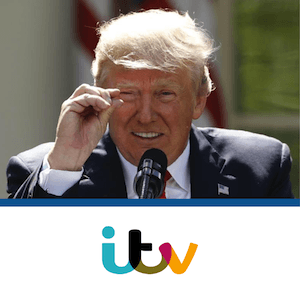 CLAIM
The ice caps were going to melt. They were going to be gone by now, but now they're setting records
VERDICT more about the rating framework

DETAILS
Factually inaccurate: Arctic sea ice and the ice sheets of Greenland and Antarctica are setting record lows as they decline—not record highs. Antarctic sea ice has also been quite low in the last few years, but is naturally more variable from year to year.
Imprecise: The term “ice caps” makes it unclear what President Trump intends to refer to. An ice cap is one technical category of glacial ice on land, not a catch-all term for polar sea ice and glaciers..
KEY TAKE AWAY

Human-induced warming at the poles has caused a reduction in sea ice extent, notably in the Arctic, and a continuous shrinking of glaciers on land. President Trump has probably been misled by inaccurate articles like this one published by Forbes.

CLAIM: There is a cooling and there's a heating -- I mean, look, it used to not be climate change. It used to be global warming. That wasn't working too well because it was getting too cold all over the place. The ice caps were going to melt. They were going to be gone by now, but now they're setting records, okay? They're at a record level.

Emma Boland, Physical Oceanographer, British Antarctic Survey:
This claim is misleading in the extreme—the ice caps are indeed setting records, but not in the way President Trump is implying. The USA’s own National Snow and Ice Data Center shows that December 2017 was the second lowest December extent on record for Arctic sea ice extent (see below), and the Greenland ice sheet continues to set record lows (see below). Antarctica is also losing land ice, and at an accelerating rate*. 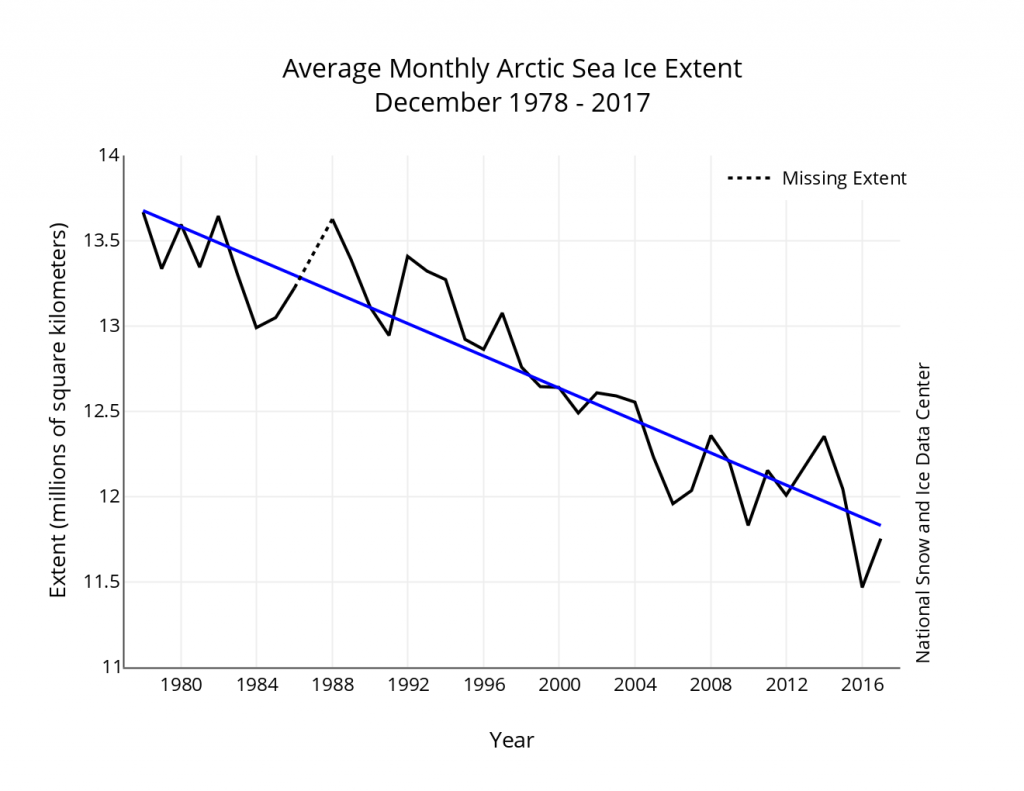 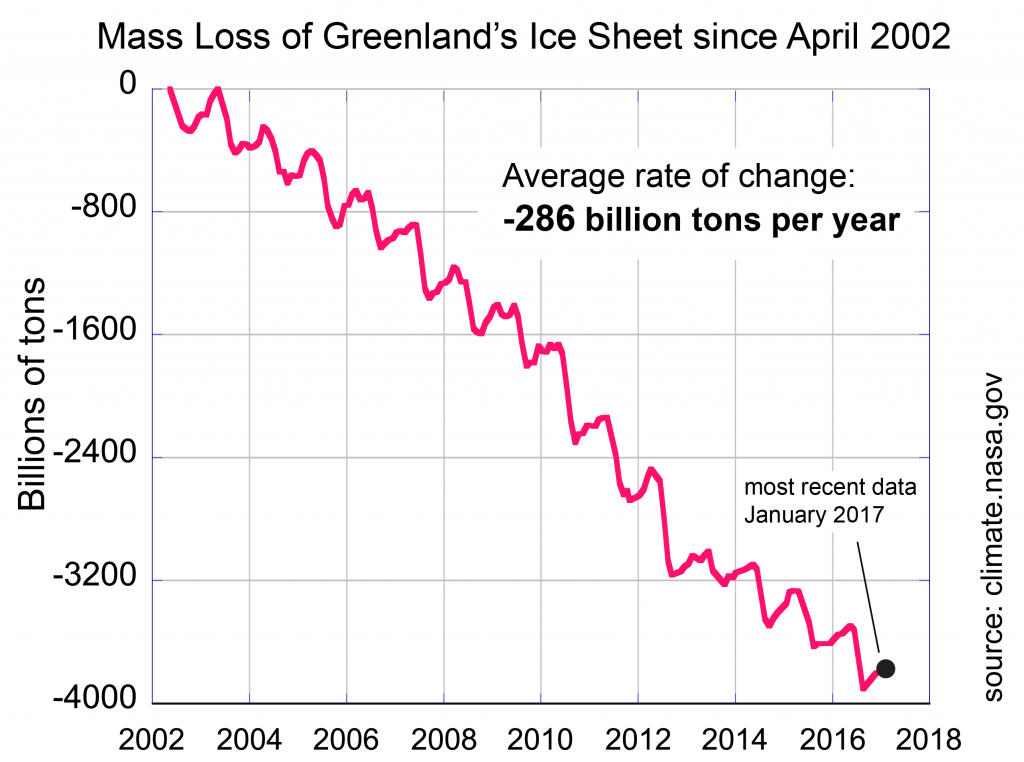 François Massonnet, Postdoctoral Research Fellow, Université catholique de Louvain:
President Trump uses the wording “ice caps”. This wording itself is not precise, as defined in the American Meteorological Society glossary—it is not clear whether President Trump is referring to ice sheets, sea ice, or glaciers. Given the start of the next sentence, I assume he is referring to sea ice.

On the statement that “They [ice caps, meaning sea ice as I understand him] were going to be gone by now”: To my knowledge, only two scientists (P. Wadhams and M. Maslowski) predicted that an ice-free Arctic would have already occured in summer by now (but this has obviously not been the case). [Previous Climate Feedback evaluations have rated the credibility of Wadhams’ claim.] Both statements were made by extrapolating the observed record and model output, respectively. This method ignores (1) the existence of powerful negative feedbacks that make the ice grow faster when it is thinner1, and (2) the existence of strong interannual variability that interplays with the long-term decline2. A thorough assessment of the scientific literature carried out in the latest IPCC report reveals that the Arctic is likely to become ice-free in summer by mid-century.

Twila Moon, Research Scientist, University of Colorado, Boulder:
No part of this statement is true. Regarding the specific claim about ice sheets, this is false. The large ice sheets or ice caps do not have more ice now than they would have without human-caused climate change. The opposite is true—the world’s ice sheets and glaciers have less ice because of human-caused climate change. The Greenland and Antarctic Ice Sheets and glaciers and other large ice areas (e.g. in Alaska, Canada, Patagonia, Himalayas, etc.) are collectively losing hundreds of gigatons of ice per year and directly raising ocean levels, among other impacts.

There is a small mountain of research on ice sheet behavior, which all clearly points to ice loss due to human-caused change. For evidence that human-caused warming is the main factor in glacier ice loss, Roe et al is a good reference*.

The issue of “climate change” versus “global warming” is only a topic of word choice and in no way reflects a changes in the patterns of ice behavior that scientists are observing worldwide. Nature does not care about word choice.

Nathanael Melia, Postdoctoral research fellow, University of Reading:
President Trumps comments that “The ice caps were going to melt. They were going to be gone by now” may be the result of predictions made a few years ago by an overly enthusiastic Arctic scientist who I choose not to name here. At the time the climate science community rejected such extreme predictions, however the headlines stuck and return here to the detriment of the community and the planet.

It is not clear whether presidents Trump’s comments on record setting are intentionally ambiguous, but one can assume he feels they are at record high levels based on the context. According to NASA data, Land Ice in Antarctica has lost 2000 Gt in the last 15 years, while the Greenland ice sheet has lost almost 4000 Gt over that period. As far as sea ice is concerned both the Arctic and Antarctic are currently (Jan 2018) running at a negative extent anomaly, which combined totals to -2,439,000 km2 using NSIDC data, trends in sea ice thickness and volume are even greater.

President Trump also mentions there’s cooling and there’s heating. This is somewhat true and is the natural variability of the climate. The trouble is that human influence means that on average we now see a lot more heating than cooling, a trend we don’t expect to change anytime soon.