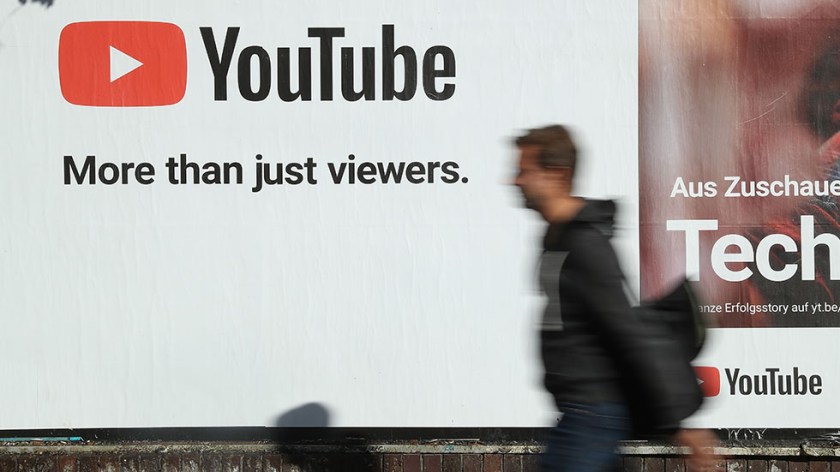 YouTube’s recommendation algorithm recently began promoting a video about climate change on dozens of popular Youtube channels; the video has been promoted to between 300,000 and 2,000,000 people according to AlgoTransparency. That video (which currently has over 250,000 views) was a July 2017 talk by author and speaker Steve Goreham purporting to prove that climate change has nothing to do with humans. The video was posted by “Friends of Science”, a Canadian advocacy group that negates the conclusions of science on climate change.

We asked scientists to analyze it, and they explained that Goreham’s claims run completely counter to the available evidence and peer-reviewed research. This video currently circulating through YouTube’s algorithm is spreading a litany of common myths that badly misrepresent the physical world and our understanding of Earth’s climate system.

For example, Goreham claims that “many professors were teaching that we had to prepare for the coming ice age” in the 1970s, showing what was supposedly the cover of a 1977 issue of Time magazine (actually a well-known hoax image) in support the claim that fear of a cooling trend was widespread.

From the 1940s to the 1970s, the global surface temperature decreased very slightly. This probably occurred because over that time period the cooling effect from human produced aerosols was slightly larger than the warming effect from human produced greenhouse gasses. A minority of scientists predicted that the cooling effect from increasing aerosols would continue to outweigh the warming effect from increasing greenhouse gasses and that the climate would continue to cool. This idea received some public attention when Time magazine published an article titled “Another Ice Age?” in 1974 (the cover of Time shown in the video is a fake). Regardless, this article did not represent the views of the majority of the scientific literature at the time1. For example, a 1975 paper, published by Wallace Broecker2 contained the following abstract:

“If man-made dust is unimportant as a major cause of climatic change, then a strong case can be made that the present cooling trend will, within a decade or so, give way to a pronounced warming induced by carbon dioxide[…] Once this happens, the exponential rise in the atmospheric carbon dioxide content will tend to become a significant factor and by early in the next century will have driven the mean planetary temperature beyond the limits experienced during the last 1000 years.”

This prediction turned out to be remarkably accurate.

In another section of the video, Goreham claims, “Greenland is melting a little bit at the edges and getting thicker in the center, but overall the ice is perfectly rock solid, very little change.” But University of Colorado, Boulder Research Scientist Twila Moon noted that the reality is much different.

Greenland is losing ice at the edges—both through direct melt and by calving off icebergs—and it is getting thicker in the middle. However, the amount of thickening in the middle is a fraction of the loss at the edges. Instead, the loss at the edges is vastly outpacing new snow accumulation. Ice loss from Greenland has accelerated over the last 3 decades and in the recent decade Greenland has lost about 300 gigatons of ice per year (almost 1 mm of sea level rise per year). This paper* provides a good overview. Also, Greenland glacier ice is not ‘rock solid’. Glacier ice flows (think of it as very slow moving rivers), and ice is constantly moving from the center of the ice sheet to the edge. Change has been rapid and large.

[To read all the scientists’ comments, see our full evaluation.]

We do not know why YouTube’s algorithm has selected this video to suddenly recommend widely to viewers of other channels. But it is unfortunate that Youtube is boosting the reach of disinformation, which would otherwise have had a more limited audience. Students and other curious people who aren’t even seeking out this kind of content will likely be ill-prepared to understand that this video is misleading them with nearly every sentence spoken.

Climate Feedback will be reaching out to YouTube to learn more, share our evaluation and offer any assistance we can to help their recommendation algorithm identify scientifically credible climate videos on their platform.