(CANDIDATE 4) - Scientists estimate that this candidate’s understanding of climate change is “Low” but also that it was difficult to confidently assess this presidential candidate's understanding because of a lack of factual statements. more about the credibility rating 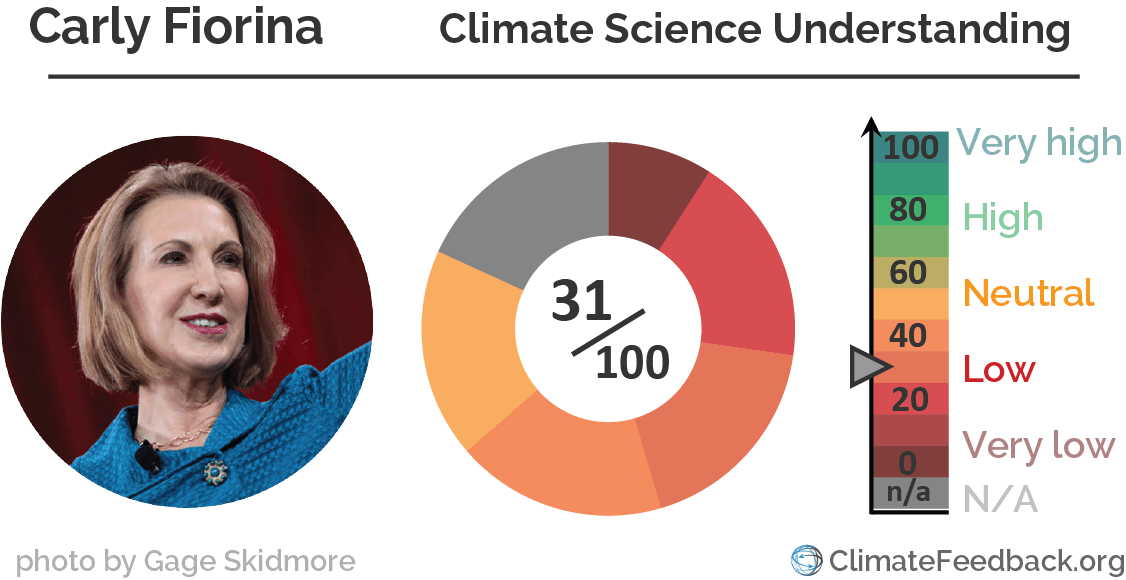 Twila Moon: Difficult to judge this candidate’s understanding. He/she does provide false statements that action would provide no impact.

David Battisti: It is not possible to determine from the statements provided whether the candidate understands the science.

Rasmus Benestad: The statement about bird casualty is misleading if one does not account for birds killed in oil spill. Furthermore, far more people are killed mining for coal than setting up wind generators. Highlighting only part of the story will not promote a wiser decision. The statement about solar power and water is also misleading. While it’s true that the production of photovoltaic chips requires water, their use does not, and they need not be installed where they are produced.

Emmanuel Vincent: Saying that one country cannot make a difference is inaccurate, especially when talking about one of the biggest emitters of CO2.

Ryan Sriver: Difficult to assess given all the political remarks. Seems the candidate at least acknowledges the issue.

Victor Venema: Not able to grade this candidate. No scientific statements on climate change itself.

Michael Mann:  The individual concedes some of the basic science (i.e. that there is a human role in climate change), but then makes egregiously false statements about climate change impacts and solutions. He/she gets a score of “30” for acknowledging the conclusions from one of the three IPCC working group reports.

The average of the scientists’ ratings is 31 with a 99% confidence interval level of 20-42, a ‘Low’. Most scientists indicated that it was difficult to assess this candidate’s understanding because of a lack of factual statements. More analysis will be needed for this candidate if/when she makes statements about climate change itself.