(CANDIDATE 2) - Scientists estimate that this presidential candidate’s understanding of climate change is “High”. more about the credibility rating 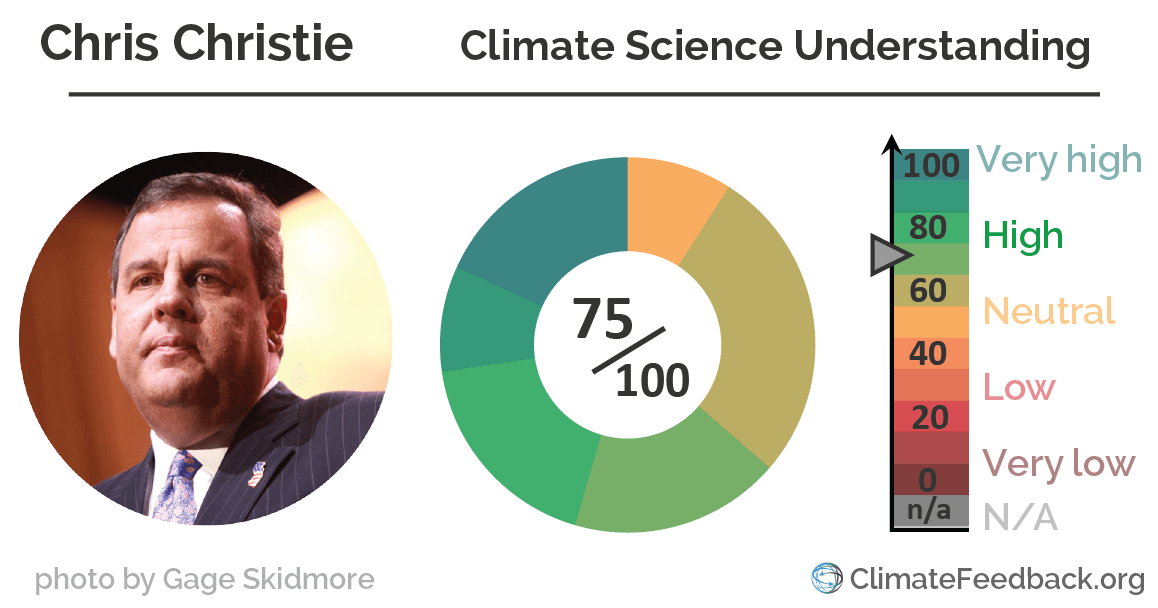 Ryan Sriver: I like the 2011 quote about deferring to the experts [“when you have over 90 percent of the world’s scientists who have studied this stating that climate change is occurring and that humans play a contributing role, it’s time to defer to the experts”]. Not sure how to assess the new comments… very political and not much scientific substance.

Michael Mann: This candidate gets 70/100 because he/she concedes the science and–at least seemingly–impacts of climate change.

Twila Moon: Most of his/her contemporary statements does not address climate science, but the 2011 statement is accurate.

Emmanuel Vincent: Candidate 2 acknowledges the reality of Climate Change. His 2011 quotes are accurate.

Kevin Trenberth: Does not seem to understand science, which is not a “wild left wing idea”; but he/she has some reasonable ideas.

Victor Venema: The statements from 2011 are correct.

The AP rating for this candidate is significantly different with a 54, a “Neutral”. We attribute this difference to the fact that we added a few statements to the AP selection, including the quote “There’s undeniable data that CO2 levels and other greenhouse gases in our atmosphere are increasing. This decade, average temperatures have been rising. Temperature changes are affecting weather patterns and our climate.”

This and other accurate quotes from the candidate very likely resulted in the scientists issuing a higher rating in Climate Feedback’s case. Note, however, that most of the accurate statements were said in 2011 and that the candidate has hardly spoken about climate recently.