(CANDIDATE 45) - Scientists estimate that this presidential candidate’s understanding of climate change is “very low”. more about the credibility rating 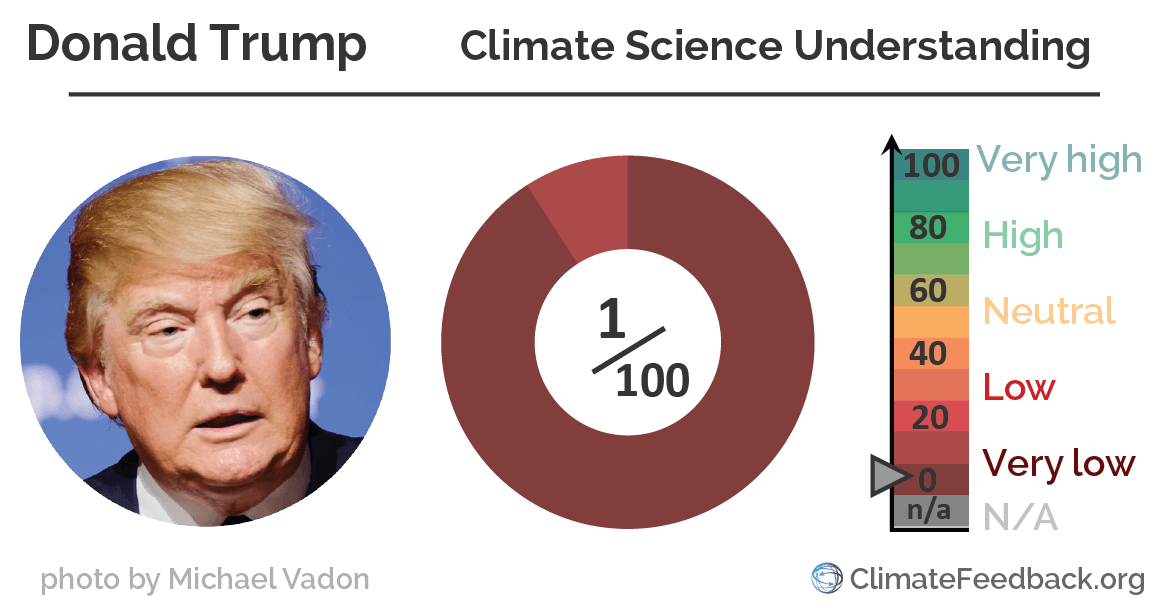 Emmanuel Vincent: The candidate does not appear to have any commitment to accuracy.

Michael Mann: Everything he/she says about climate change is erroneous and/or nonsensical.

Ryan Sriver: The candidate lacks basic understanding about the differences between local weather and global climate.

Twila Moon: Does not appear to understand the basic difference between weather and climate and provides misleading statements.

Rasmus Benestad: The candidate mixes up media statements (e.g. NBC News and alike, which are usually not scientific, not always correct) and scientific knowledge. His/her statements seem to be confused, and even though weather and climate are related, they are not the same.

The average of the scientists’ ratings is 1 with a 99% confidence interval level of 0-3* ‘Very low’. We estimate that this rating is extremely robust given that all scientists independently converged on a ‘Very low’ estimation.