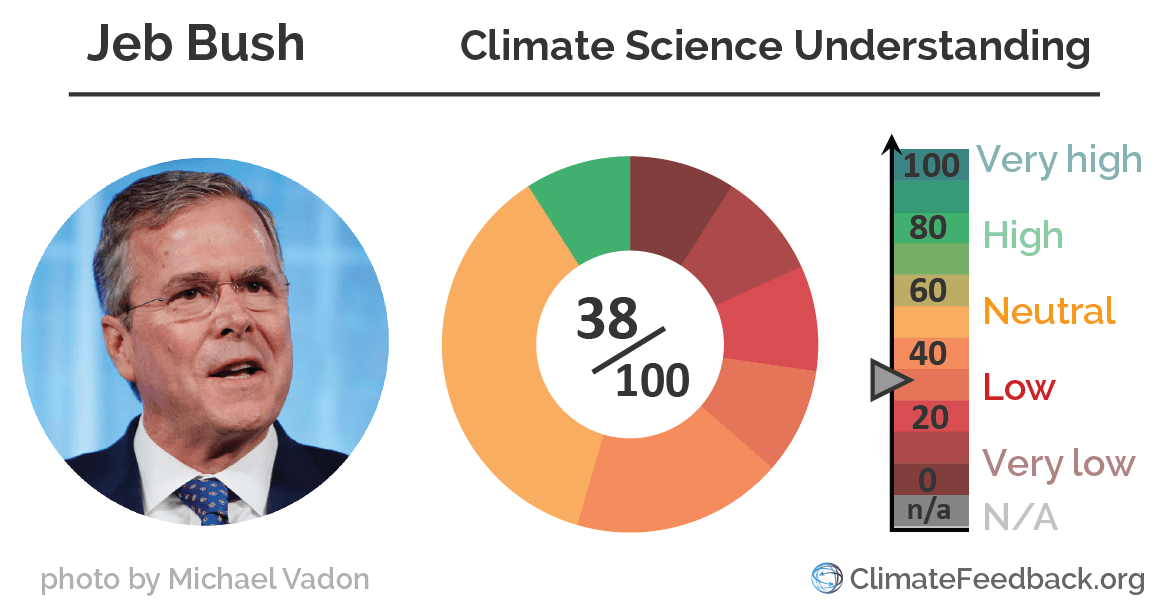 Twila Moon: This candidate correctly acknowledges that climate change is largely human-caused in one case, but later statements are inaccurate or misleading.

Victor Venema: A 20 because it started so nice: “The climate is changing”. But then he contradicted this again and wrongly claimed that the climate may not be warming. A zero would also be defensible.

David Battisti: The candidate is either unfamiliar with the science, or purposely misrepresenting it.

Michael Mann: Mostly concedes the scientific evidence but downplays it by arguing that human activity is only a “contributor” to climate change when in fact it is the dominant factor.

Ryan Sriver: The candidate’s views are clearly articulated and reflect much of the current science.

Kevin Trenberth: Does not understand science, or that it is a global problem.

Emmanuel Vincent: The candidate does not reject the science altogether but does not seem to grasp the scale of the issue.

The average of the scientists’ ratings is 38 with a 99% confidence interval level of 24-53, a “Low” to “Neutral”. The AP rating for this candidate is significantly different with 64 – “Neutral” to “High”. We attribute this difference to the fact that we added two statements to the AP selection, including the quote, “It may be only partially man-made. It may not be warming by the way. The last six years we’ve actually had mean temperatures that are cooler.”

These quotes that reveal a weak understanding of climate change from the candidate likely resulted in scientists issuing a lower rating in our case.