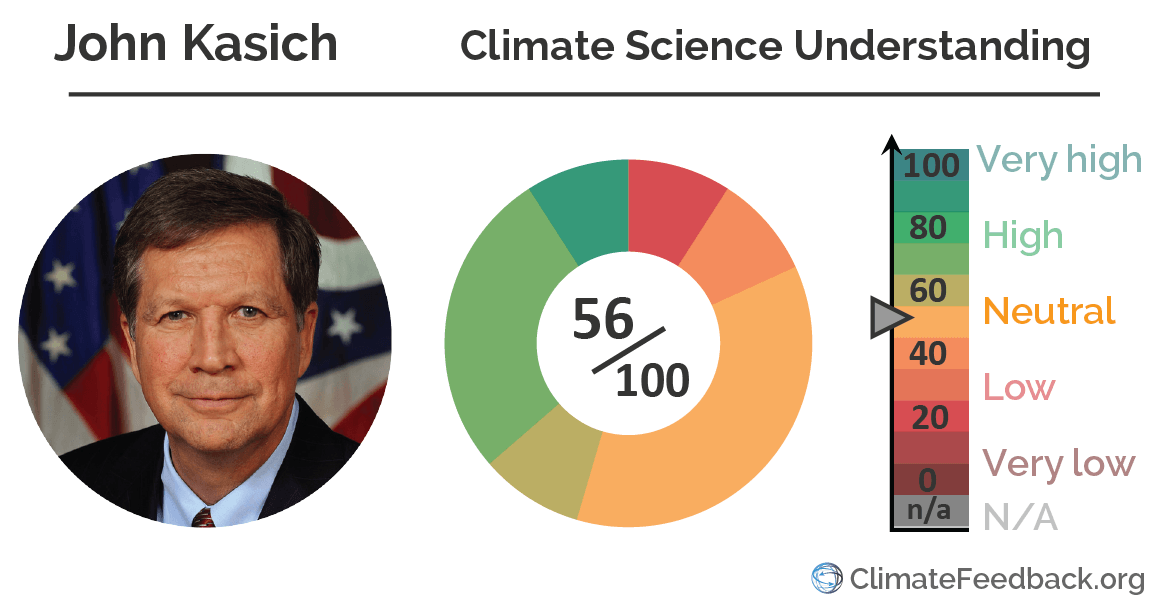 Rasmus Benestad: The statement about “a theory that is unproven” is misguided. One could use the same phrase about weather forecasting, medicine or gravity. Is there any science that “can be proven”? The candidate should be challenged to present one.

Michael Mann: Mostly had me until truly misguided statement “But we don’t want to destroy people’s jobs based on some theory that’s not proven.” This one statement betrays a lack of understanding of how science works and a false framing of the economics (leading economists argue that the cost of inaction is far greater than the cost of action).

David Battisti: The candidate doesn’t seem to be very familiar with the science of climate and climate change, but has accepted that climate change is real and humans are mainly responsible (which is accurate).

Victor Venema: Mostly correct. Candidate 20 right sees the impacts as an important source of uncertainties, which suggests a good understanding of the problem. The public “debate” tends to claim that the well-understood parts are uncertain. The claim that climate change is not proven is a strange outlier. Let’s be optimistic and see this as stating that in every decision you need to take uncertainties into account.

Emmanuel Vincent: The candidate misunderstands how science works. Nobody waits until it’s *proven* that his house is going to burn to buy insurance.

Twila Moon: This candidate correctly acknowledges that climate change is real and human-caused, but seems unaware of the vast research on impacts from climate change (and their un/certainty).

The average of the scientists’ ratings is 56 with a 99% confidence interval level of 42-69*, a ‘Neutral’. This assessment is based on a small number of statements; more quotes would be beneficial to determine whether the candidate really understands climate change.