(CANDIDATE 93) - Scientists estimate that this presidential candidate’s understanding of climate change is “very low”. more about the credibility rating 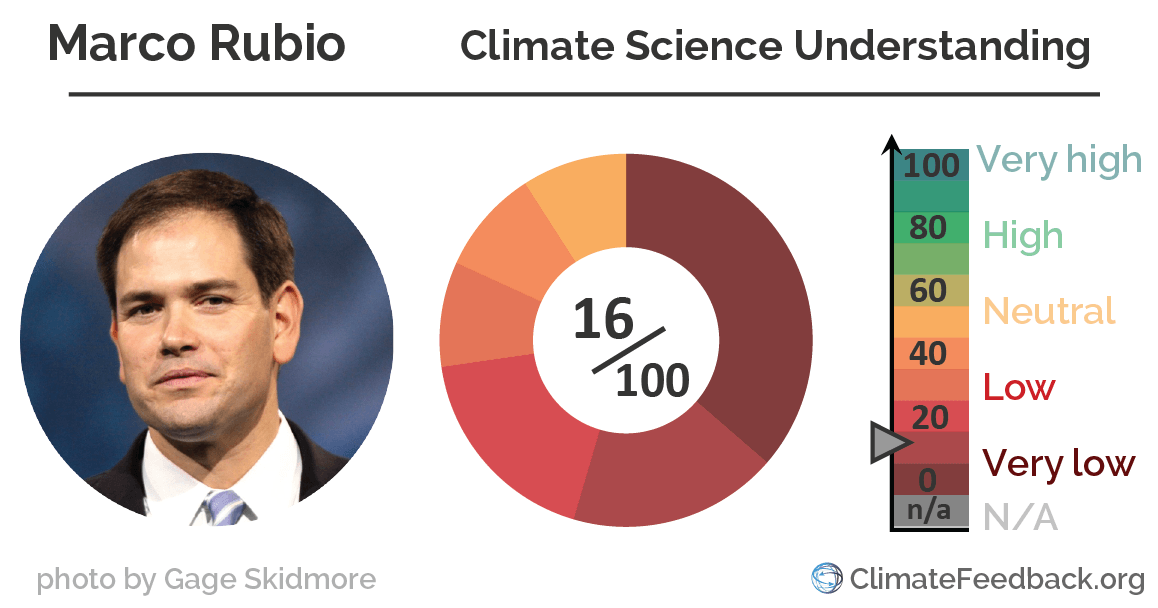 Twila Moon: There is some sense that this candidate is aware of scientific conclusions on climate change, but statements are still misleading or actively downplay the science.

Victor Venema: Gives a non sequitur (climate always changing), doubts that global warming is man-made, but does not give arguments. Rest just politics.

William Anderegg: Accepts some of the science but ignores other science when inconvenient.

David Battisti: It is not possible to determine from the statements provided whether the candidate understands the science, but the few statements that do concern the science are inaccurate.

Ryan Sriver: Not much scientific substance, mainly political slant, but at least the candidate acknowledges climate change is an important issue.

Emmanuel Vincent: China recently became the largest emitter of CO2 annually but, because CO2 remains in the atmosphere for centuries, the US is still the largest contributor to climate change with the largest cumulative emission between 1850 and 2011.

Rasmus Benestad: It is true that the climate has always been fickle and variable, but the candidate forgets that there is always a reason behind such change. There are climate records going way back (paleoclimatic records) which indicate that the present global warming is unique, and that there also have been variations in the past. Many of these reasons are well-understood from the laws of physics, which make use able to write computer code (climate models) to calculate such effects. Some are due to the internal “chaos” of the atmosphere, some due to the effects of the oceans or volcanic eruptions.

Kevin Trenberth: It is not a matter of “belief”, it is scientific evidence, facts and understanding.