(CANDIDATE 8) - Scientists estimate that this presidential candidate’s understanding of climate change is “High”. more about the credibility rating 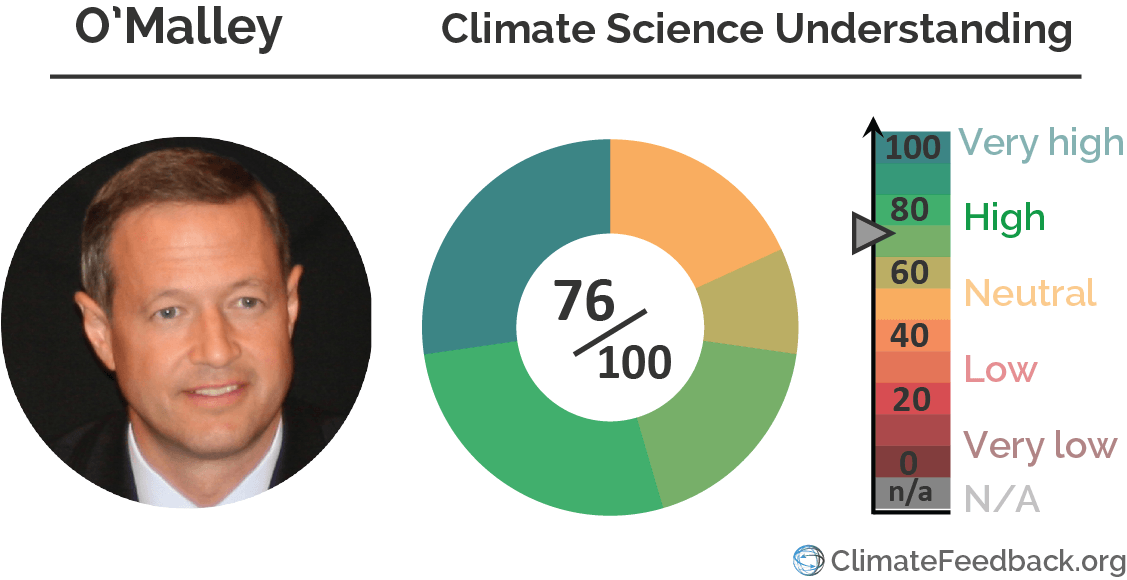 David Battisti: It is not possible to determine from the statements provided whether the candidate understands the science, but the candidate clearly accepts the science conclusions (warming has happened and will continue to happen due to human activity) and has clearly determined it is a problem that must be dealt with.

Victor Venema: Mostly politics. It is correct that there was a severe drought in Syria.

Emmanuel Vincent: The candidate understands that climate change will have consequences on agriculture, human migrations and conflicts.

Michael Mann: If it were possible to award a “110” I would here, given the prescient (given recent events) reference to the role that climate change may be playing in global conflict.

Ryan Sriver: Seems the candidate acknowledges the issue, but difficult to assess his/her literacy as not much scientific substance in remarks.

Twila Moon: It is difficult to judge this candidate as most of their statement is on politics, though the connections he/she makes have been made by climate experts.

The average of the scientists’ ratings is 76 with a 99% confidence interval level of 65-88* ‘High’. We estimate that this rating is robust given that most scientists independently converged on a ‘High’ or ‘Very high’ estimation.