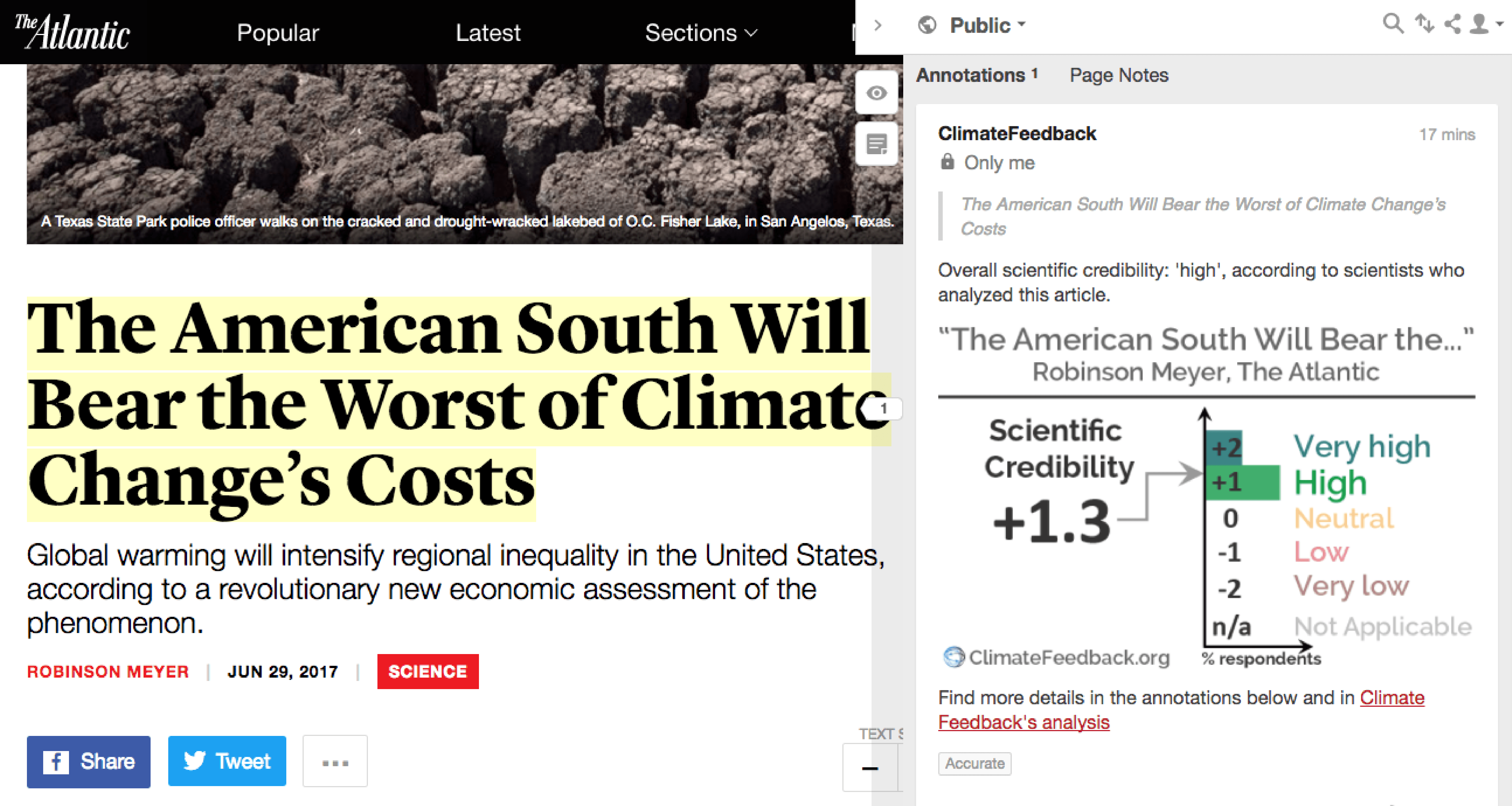 Scientists who reviewed the article indicate that it accurately summarizes the study, although the topic of climate impacts is broad and complex, and can inevitably benefit from additional context.

These comments are the overall opinion of scientists on the article, they are substantiated by their knowledge in the field.

Frances Moore, Assistant Professor, University of California Davis:
The article accurately describes the findings of the paper it is discussing, which is an important scientific contribution. It points out the key conclusions and contributions correctly.

Gary Yohe, Professor of Economics and Environmental Studies, Wesleyan University:
The study makes an enormous contribution by updating aggregate economic reaction functions (sectoral and locational) across a large portion of the economy calibrated in currency and percentage changes in income for the end of the century) that will inform integrated assessment modeling efforts and estimates of the social cost of carbon for the United States.

Even though it is not completely comprehensive (so the estimates and ranges continue to be lower bounds of actual totals), the estimates are higher than earlier numbers and ranges because the analysis covers more ground very carefully and digs down to county level climate risks. Spatial variability makes the aggregates less subject to the downward push of aggregating over wider areas (i.e., highs and lows do not cancel as much).

Estimates of the social cost of carbon for the US should now be higher than before (they have persistently been orders of magnitude smaller than the world before now—a fact that led the EPA and the Supreme Court, to name two interested bodies, to use global estimates for the value of removing carbon emissions by, for example, raising CAFE standards for vehicles).