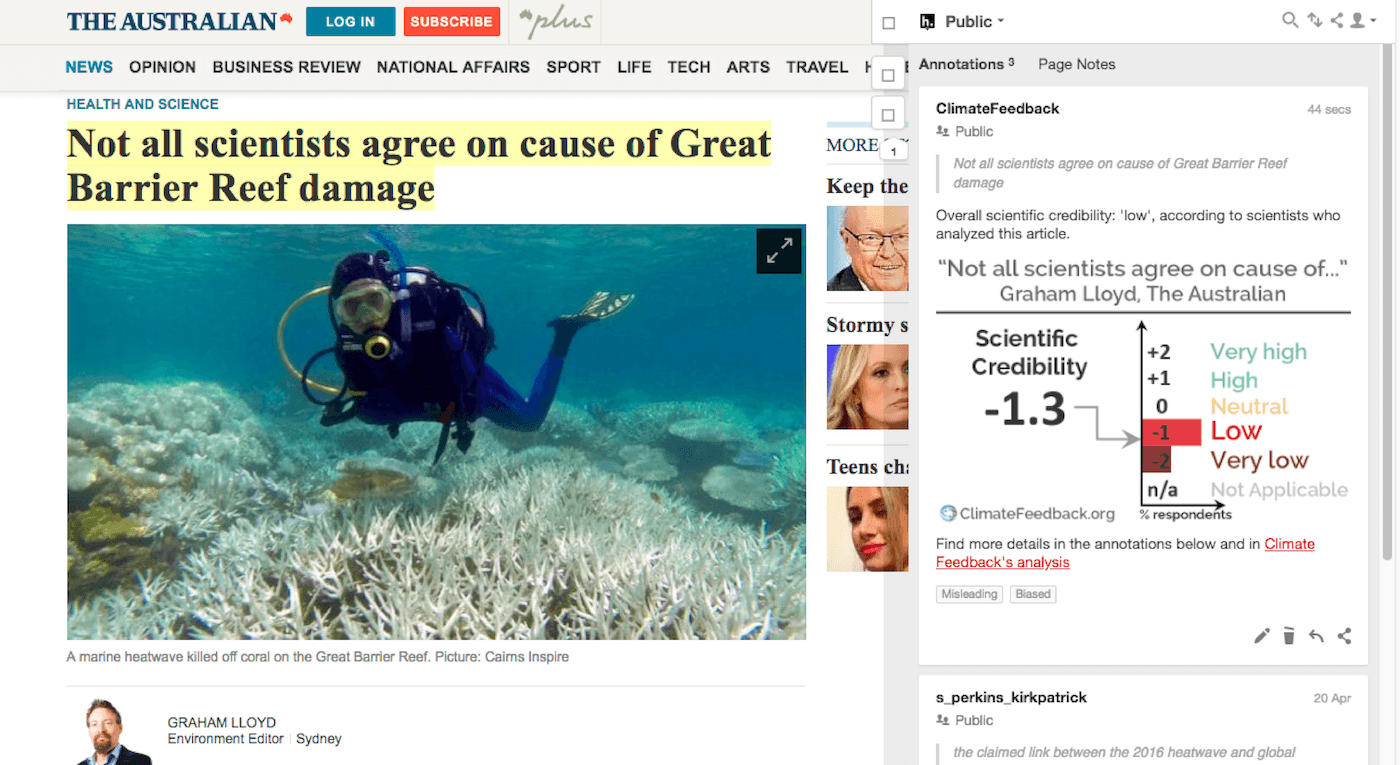 This article in The Australian covers a new study published in Nature that concludes global warming played a key role in the recent large-scale bleaching and mortality of corals in the Great Barrier Reef. Based on the comments of a single oceanographer (Prof. Kaempf), the article was headlined “Not all scientists agree on cause of Great Barrier Reef damage”.

The scientists who reviewed this article found that this source’s comments in the story are unsupported by evidence and prior research, and therefore The Australian article misleads readers by emphasizing a “debate” that does not actually exist among researchers studying the Great Barrier Reef.

See all the scientists’ annotations in context
If this link does not work, add Hypothesis to your browser and switch it on when the article page has loaded.

Andrew King, Research fellow, University of Melbourne:
The Australian chooses to present a mixed message on this story when the science is extremely clear. The title and quote from Prof. Kaempf do not represent the views of the broader scientific community.

An otherwise fair and accurate article, except for the misleading headline and nonsense opinion from Dr. Kaempf.

Dr. Kaempf is obviously not familiar with the relevant science. While the bleaching did occur during the peak of an El Niño event (the high point of a natural cycle), the anomalously high temperatures were (with high certainty) caused by ocean warming. Natural El Niño events affect the GBR once or twice a decade and have for thousands of years. Yet until recently they had only minor, if any impacts. It is the background warming of the seas, caused by greenhouse gas emissions, that is increasing the peaks of the ENSO cycle, making “heat waves” more severe. This natural cycle is essentially riding on the back of gradual increases in temperature over the last century. The scientific basis for this is widely understood and accepted by the scientific community, including the vast majority of physical oceanographers. While it is evidently true (if surprising) that not every single scientist agrees with this explanation, a vast majority do.

Terry Hughes, Professor, ARC Centre of Excellence for Coral Reef Studies, James Cook University:
[Prof. Hughes was lead author of the Nature study.]
The article quotes a scientist who has no expertise in climate change, ecology, or coral reefs, who claims that the global record-breaking temperatures in 2016 were not due to climate change. Fifty percent of corals on the Great Barrier Reef died on the Great Barrier Reef in 2016-2017, and the article seeks to downplay this unprecedented loss.

Sarah Perkins-Kirkpatrick, Research Scientist, Climate Change Research Centre, The University of New South Wales:
Wrong. Check this article. That analysis was based on peer-reviewed methods. The El Niño Southern Oscillation did have some influence on the bleaching, but it was much less than in previous bleaching events.

Andrew King, Research fellow, University of Melbourne:
Unfortunately, even under the Paris Agreement, 2016-like heat will be more common*. 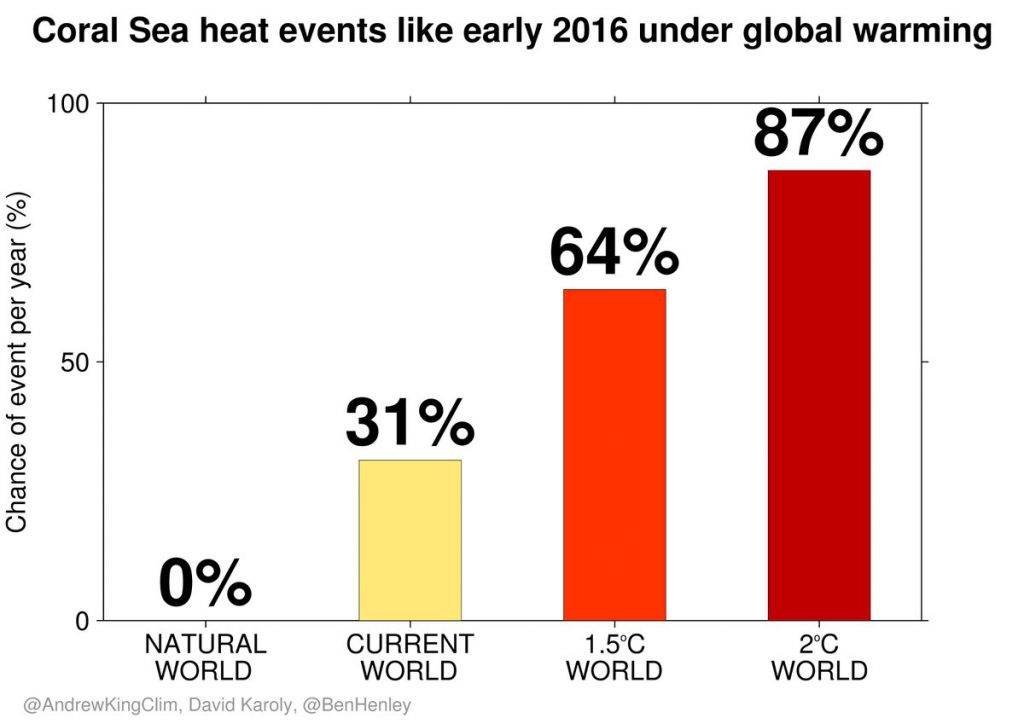