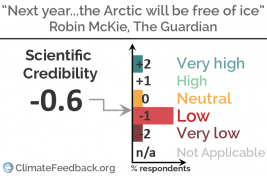 Analysis of “Next year or the year after, the Arctic will be free of ice”

in The Guardian, by Robin McKie

"before propagating a marginal view, one should ensure having a very strong argumentation; in this interview no argumentation is put forward to support Peter Wadhams’ central claim. Wadhams' alarmism is potentially harmful, because when such spectacular predictions are not realized some people may perceive the whole scientific community or science itself as untrustworthy." 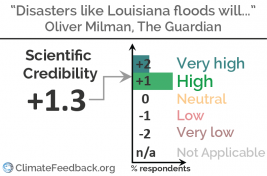 Analysis of “Disasters like Louisiana floods will worsen as planet warms, scientists warn”

"this article does a good job reporting on the recent floods in Lousiana and, more generally, the climate-change-induced changes in the water cycle that underlie scientists' concerns about future increase in floods. However, "heavy rainfall" is not strictly synonymous to "flooding"..." 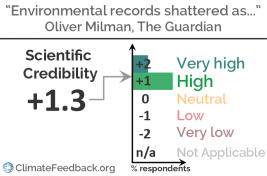 The article summarizes the main findings of the “2015 state of the climate” report published by the National Oceanic and Atmospheric Administration. Overall it accurately reports the main findings that many global indicators of the Earth’s climate, notably the global surface temperature, have set new records in 2015 under the joint influence of ongoing human-induced climate change and a strong El Niño event. 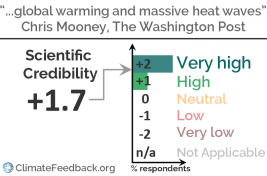 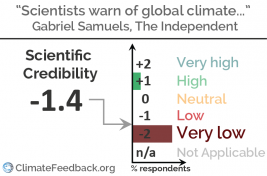 in The Independent, by Gabriel Samuels

"This article makes little sense. It uses scientific jargon, such as in the last paragraph, to make it sound "scientific", but uses it so loosely that it has no meaning. I do not see any logic behind these wild claims, there are no connections with established research, and there is no discussion of statistical certainty. Moreover, wild attributions to anthropogenic climate change are made without any backing." 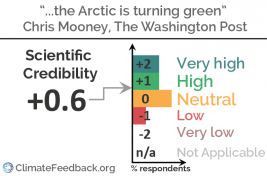 Analysis of “Thanks to climate change, the Arctic is turning green”

"The article reports about recent evidence that terrestrial ecosystems are 'greening' in response to human activities, principally the increasing atmospheric CO2 concentration. The author presents this 'greening' as a new finding while annual global carbon budgets have reported that about 25% of the fossil-fuel emissions have been taken up by the biosphere since the 1960s. Nothing is fundamentally wrong in the article but it is organized in a somewhat misleading way" 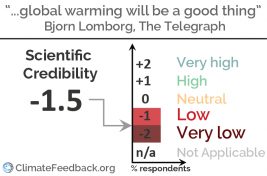 in The Telegraph, by Bjorn Lomborg

"This article presents a highly biased view of global warming, only presenting the “positive” aspects of it. As the author is criticizing media doing the opposite (always showing the bad side of climate change) it is a shame the author didn’t present a balanced view here." 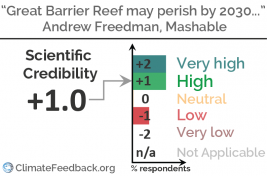 Analysis of “Great Barrier Reef may perish by 2030s…”

This Mashable article reports on new preliminary research that finds the ongoing coral bleaching event in the Pacific is mainly due to human-caused global warming, and that if global warming proceeds as currently expected, "large parts" of the Great Barrier Reef could die by the mid-2030s. Six scientists have reviewed the article and conclude that it is overall accurate and in agreement with the science. 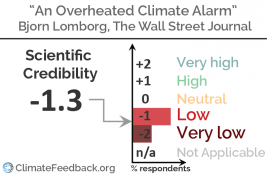 Analysis of “An Overheated Climate Alarm”

in The Wall Street Journal, by Bjorn Lomborg

"Lomborg is using scientific ‘language’ to suggest that climate change will have insignificant health impacts; this goes against a vast body of evidence. The notion that benefits from warmer winters could be more important than risks from hotter summer in terms of human health is plain wrong." 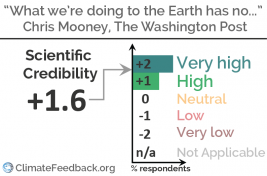 Analysis of “What we’re doing to the Earth has no parallel in 66 million years, scientists say”

"It sadly implies that even the PETM, a massive warm climatic excursion, might not be harsh enough to represent an analogue for future climate change, as the Washington Post rightfully points out."