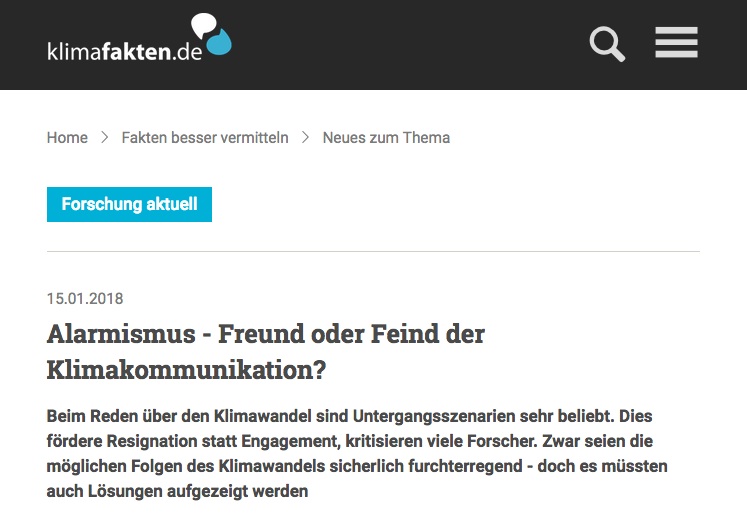 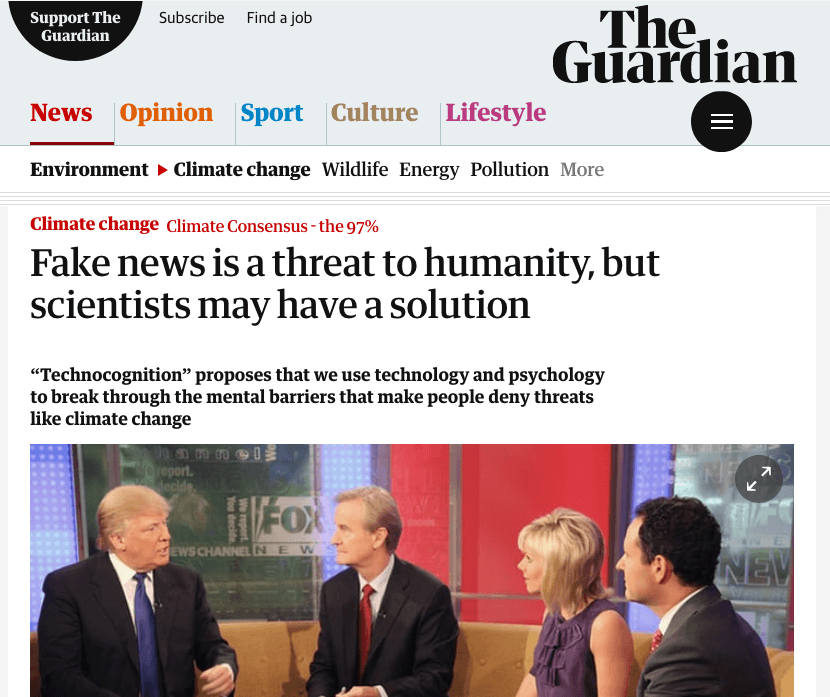 Fake news is a threat to humanity, but scientists may have a solution

"One key idea involves the establishment of an international non-governmental organization that would create a rating system for disinformation. There are already some similar examples in existence – Climate Feedback consults climate scientists to rate the accuracy of media articles on climate change [...]" 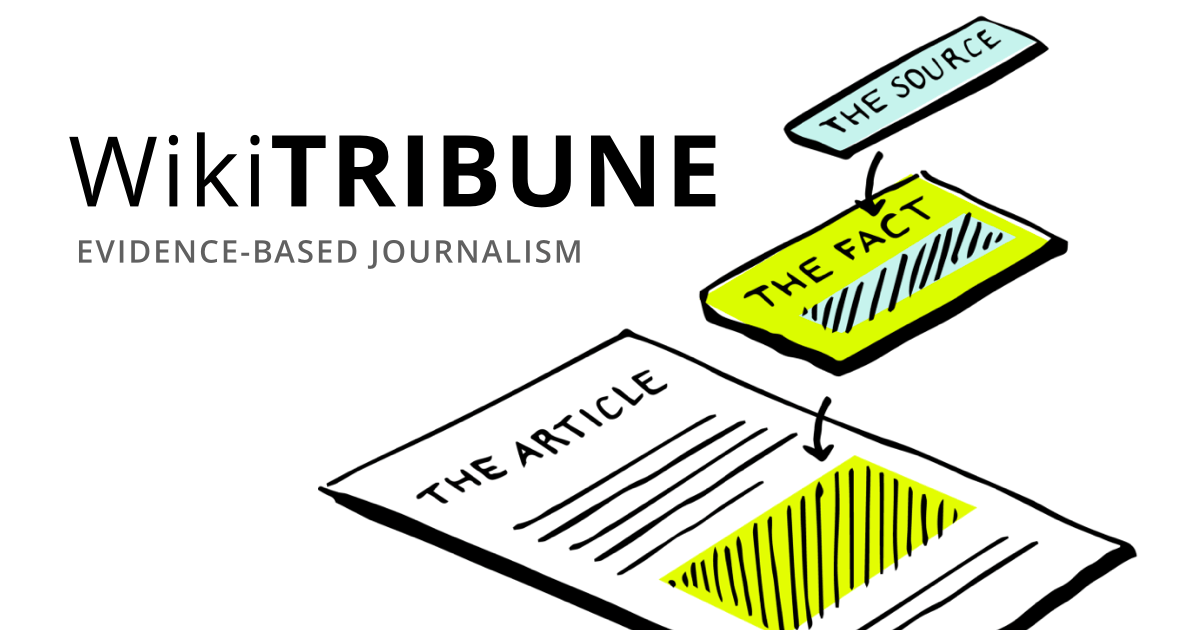 How to spot fact from online fiction 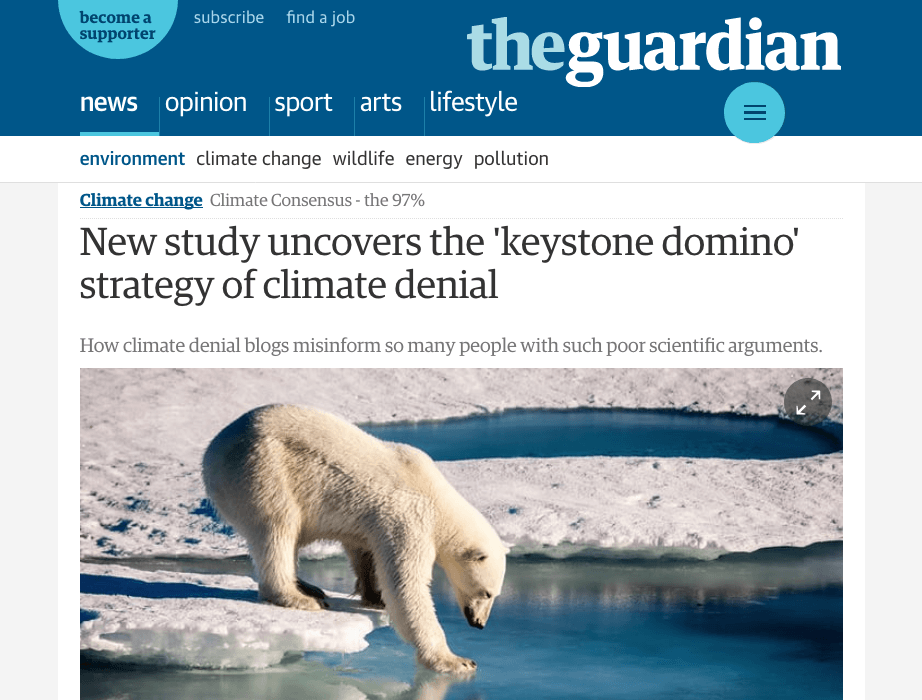 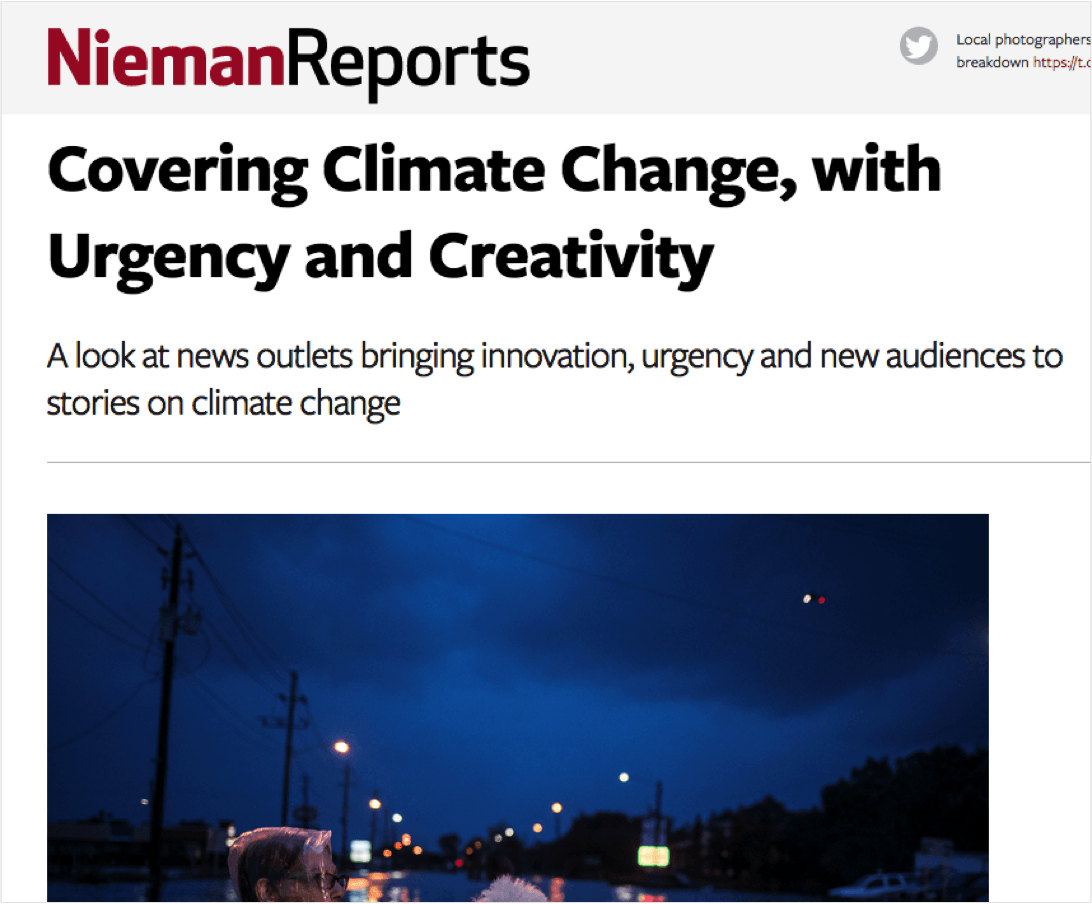 "That has made it more crucial than ever that journalists are able to separate fact from opinion, says Emmanuel Vincent, a project scientist at the University of California, Merced, who launched the website Climate Feedback three years ago as a forum for scientists to weigh in on the accuracy of media coverage. “Rick Perry said that climate change is due to the oceans, and a journalist may just let it go and say that’s his opinion, but it contradicts reality,” he says. “It should be the job of the journalist to say that.”" 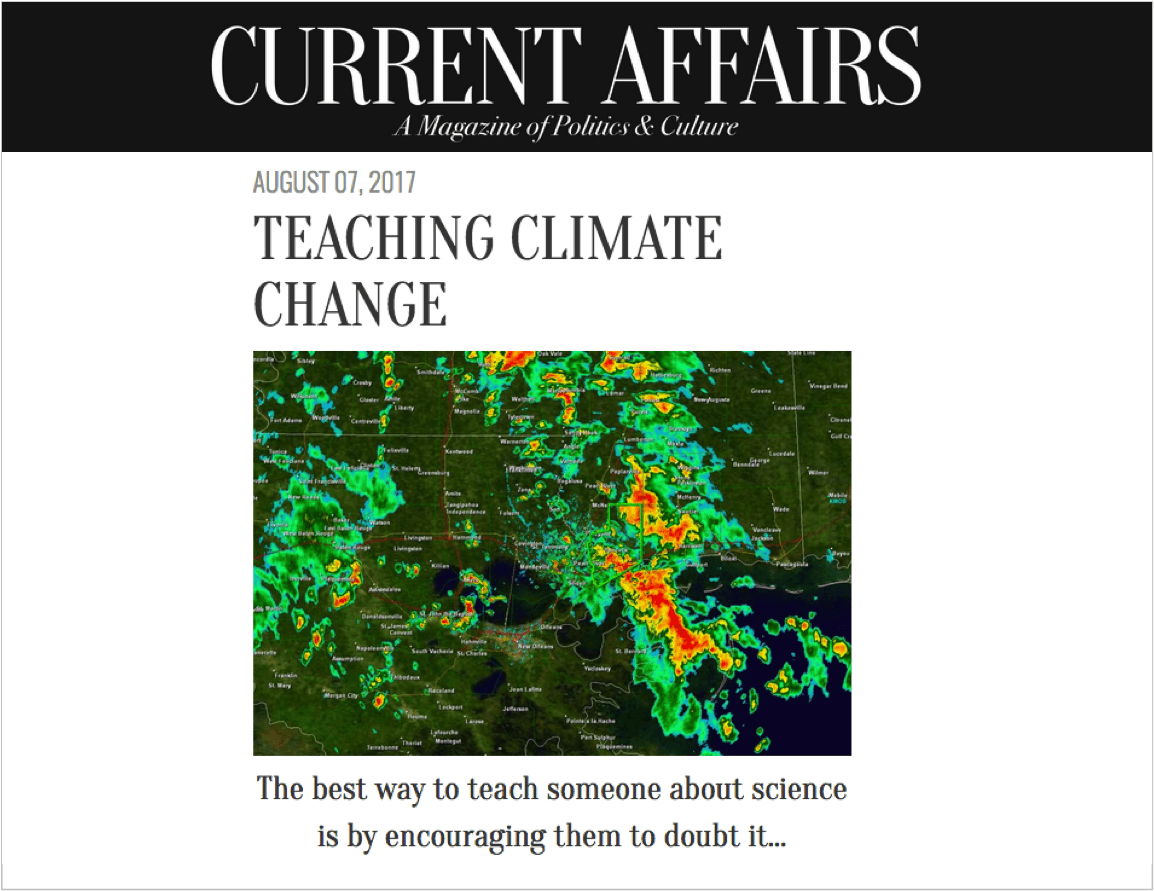 "Recently, a conservative think tank called the Heartland Institute sent an elaborate booklet called “Why Scientists Disagree About Global Warming” to schoolteachers all over the country. Some have worried that, since it is a piece of “unscientific propaganda” containing false claims about climate science, it will “mislead tens of thousands of students.” But the scientists at Climate Feedback, a nonpartisan institution that evaluates claims about climate science in the media, had a different perspective. While giving the Heartland Institute’s report an “F” for accuracy, and thoroughly debunking its various claims, they didn’t simply tell teachers to throw the document away and forget it showed up. Instead, they said, “this book provides an opportunity for science teachers to teach their students about fallacious reasoning, as well as common misconceptions about climate science and the deceptive talking points that today floods their social media feeds.”" 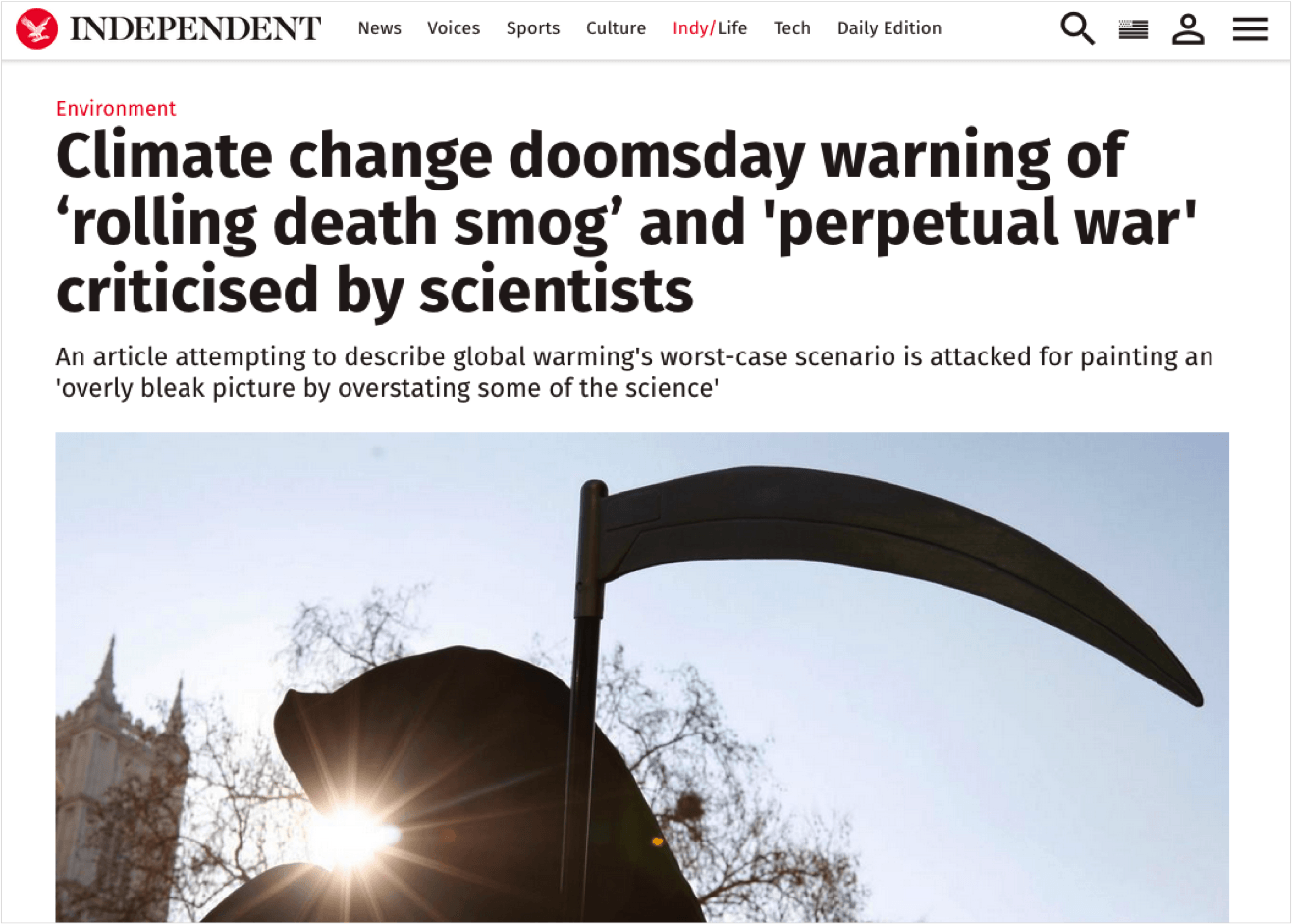 On the Climate Feedback website, 14 scientists rated its “scientific credibility” as low with some variously suggesting the article was “alarmist”, “unclear” or “misleading”. 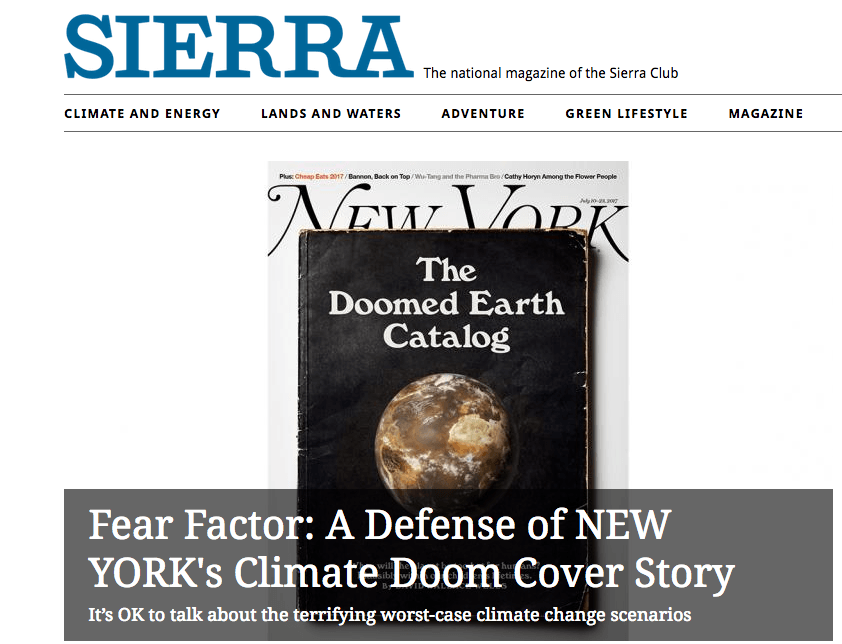 Let’s get some unpleasantries out of the way: Wallace-Wells’s story isn’t without its faults. In a lengthy discussion at Climate Feedback, a group of 17 scientists have identified what they say are inaccuracies in the piece. [...] And yet, as one scientist involved in the Climate Feedback dialogue, UCLA post-doc Daniel Swain, points out, “It is quantitatively true—and often underappreciated—that the likelihood of a ‘worse than expected’ climate future is actually higher than a ‘better than expected’ one.” 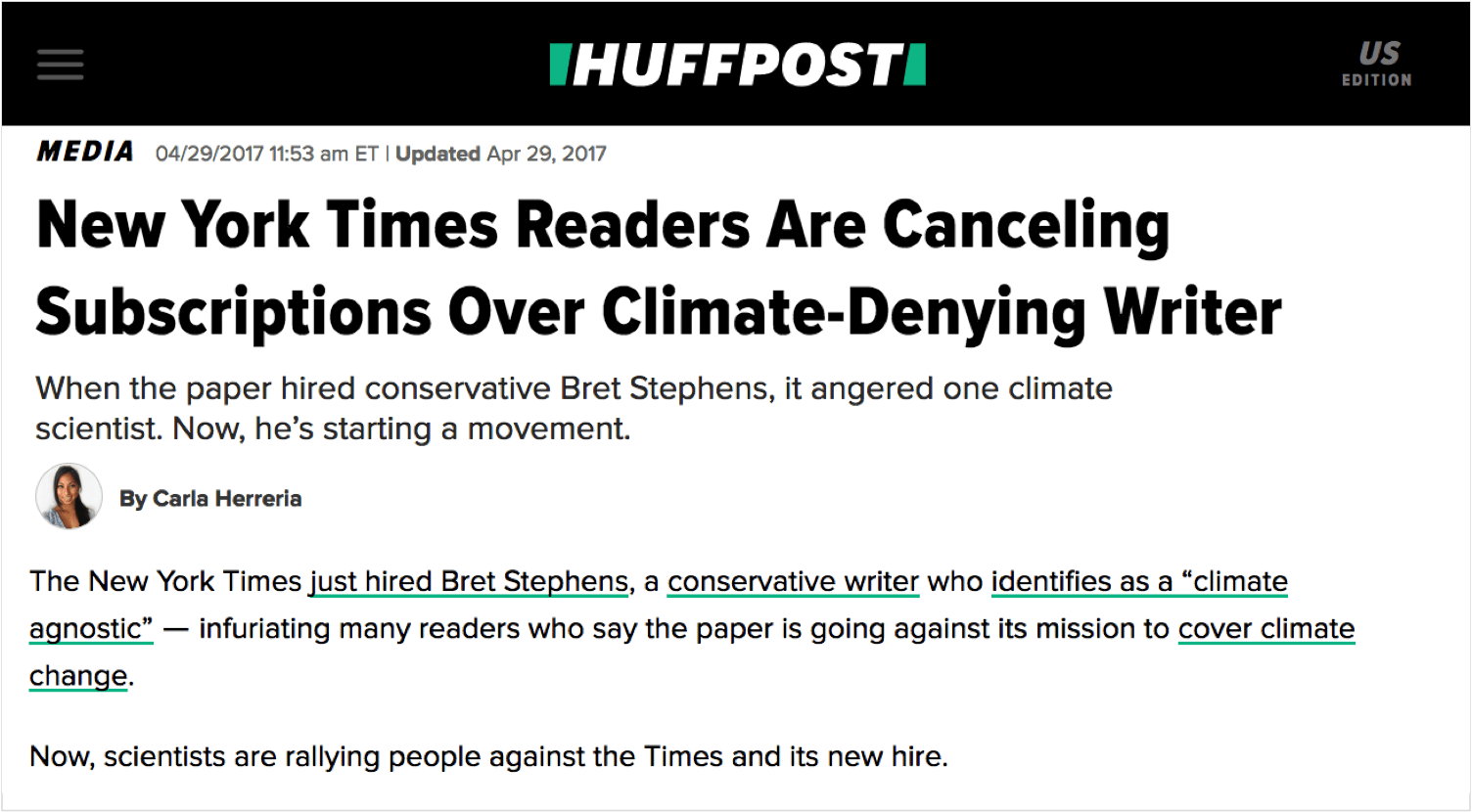 “I will support your newspaper no more,” Rahmstorf wrote to the Times in his letter, which he shared on Twitter Thursday. “Instead, I will give the money to ClimateFeedback.org, a worldwide network of scientists sorting fact from fiction in climate change media coverage. It is much better invested there.” 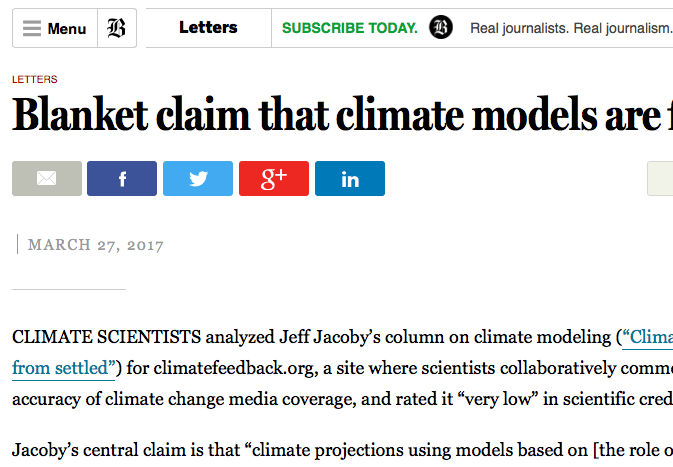 Following Climate Feedback’s analysis, The Boston Globe invited us to write a short letter to the editor responding to Jacoby’s column. “As The Boston Globe’s Twitter account claims, #FactsMatter. To gain correct scientific understanding of how the world works, sound logic is also required.”