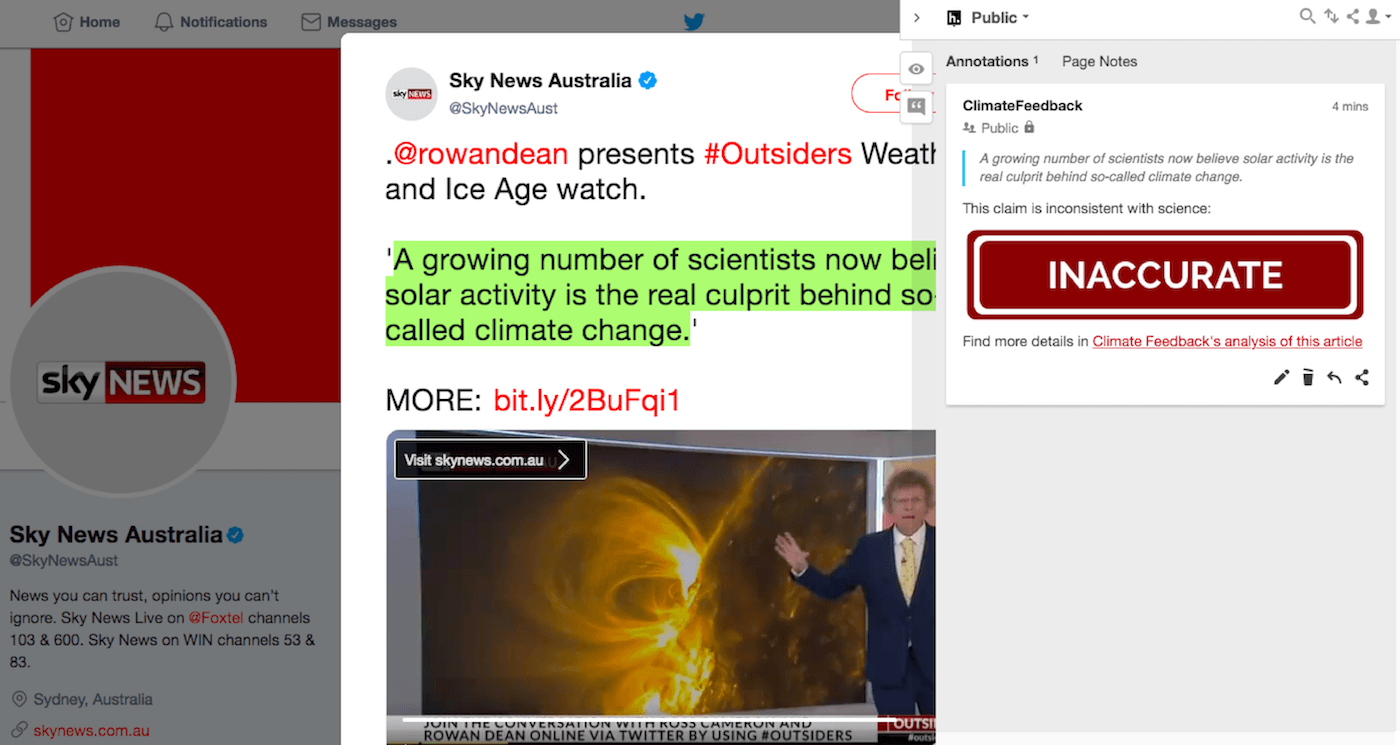 On Saturday Oct. 27, Sky News Australia aired a video by Rowan Dean, editor of The Spectator magazine, on the topic of astronomy and climate change.

Rowan Dean’s claim that the planets in our solar system are actually “chasing the Sun in a spiral” and that this would somehow constitute a revolution in astrophysics is misleading. That our Sun is moving through our galaxy is not news, and the representation in the artist’s video that is shown is not accurate, as astrophysicists have explained previously.

Rowan Dean then goes on to claim that “a growing number of scientists” believe that “solar activity is the real culprit behind so-called climate change” and not “man-made carbon emissions”.

Georg Feulner, Senior scientist at the Potsdam Institute for Climate Impact Research, who has published several scientific studies on the Sun’s influence on climate explains that Rowan Dean’s claims are inaccurate and misleading:

Georg Feulner, Senior Scientist, Potsdam Institute for Climate Impact Research (PIK):
While the variations in the Sun’s magnetic activity (leading to small variations in solar radiation reaching the Earth) have some discernible effect on our climate, their impact is small compared to the effects of man-made greenhouse gas emissions*. There is an overwhelming consensus in the scientific community that anthropogenic carbon emissions are the main culprit behind global warming, and there is no “growing number of scientists” attributing climate change to the Sun instead. These statements are therefore not accurate and mislead the public to believe that there is still a debate about the cause of current climate change.

The fact that changes in the Earth’s axis of rotation with respect to the Sun have caused past climate changes has been extensively studied and documented by scientists. But these changes occur on timescales much longer (thousands of years) than the change in climate that is occurring currently (on the timescale of decades to centuries).

Timothy Osborn, Professor, University of East Anglia, and Director of Research, Climatic Research Unit:
[This comment is taken from a previous evaluation of a similar statement.]
There is strong evidence that solar forcing cannot explain much of the observed warming at all. The “fingerprint” of solar forcing does not match the observed changes at all, neither over time nor space. Solar forcing would warm both the stratosphere and the surface of the Earth, whereas CO2 warms the surface (and the troposphere) but cools the stratosphere. Using radiosondes and (more recently) satellites, we have observed a warming surface and troposphere together with a cooling stratosphere. See Santer et al (2013)* for one of many studies providing this evidence.

Further, changes in solar output have been minimal as shown in the figure below, while the warming effect of increased atmospheric concentrations of greenhouse gases like carbon dioxide and methane has been much greater.

Britta Voss, Postdoctoral Research fellow, U.S. Geological Survey:
[This comment is taken from a previous evaluation of a similar statement.]
Solar forcing is much smaller than CO2 forcing. As this figure from the latest IPCC report shows, CO2 radiative forcing (1.68 W/m2) dwarfs solar forcing (0.05 W/m2). Along with other greenhouse gases, CO2 dominates the total radiative forcing when all positive and negative factors are taken into account.

Rowan Dean asserts that it is “global warming advocates” who “seek to blame man-made carbon emissions” for climate change, but in reality it is simply that the evidence shows scientists that greenhouse gases released by many human activities are currently changing our climate.

To learn more, read this article by Dr Zeke Hausfather at Carbon Brief:
Explainer: Why the sun is not responsible for recent climate change.

Share The Facts
Rowan Dean
Editor of The Spectator magazine 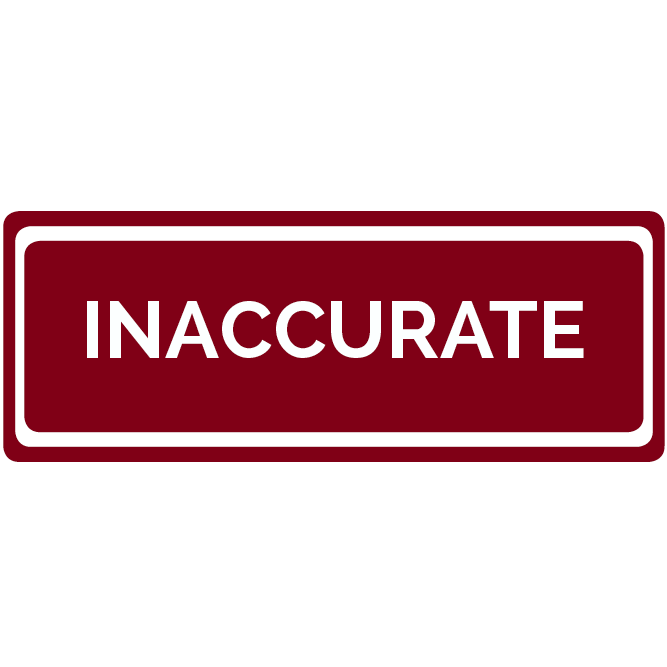