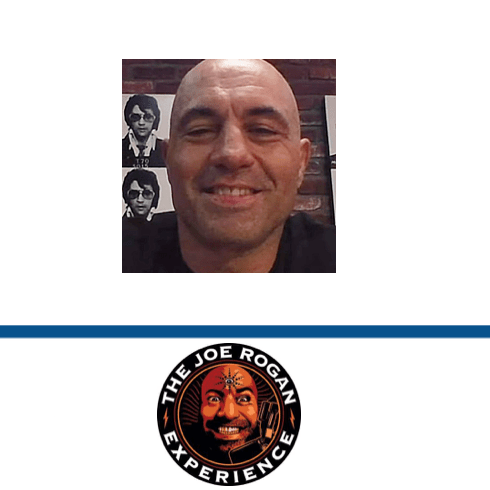 CLAIM
“The question is, ‘how much of an impact do we have on [climate]?’ That has not totally been quantified”; climate change is happening anyway, “The ice age happened without us…It’s probably this constant cycle”.
VERDICT more about the rating framework

DETAILS
Flawed reasoning Scientists have quantified human influence on the climate system and found it to be responsible for the entirety of modern warming. Other non-human factors are capable of influencing Earth’s climate, as has occurred previously in Earth’s history. However, Earth’s climate has been stable for 11,000 years before humans started releasing large amounts of greenhouse gasses and scientists have determined that natural factors are insufficient to explain modern warming.
KEY TAKE AWAY

In quantifying the impact of different possible drivers of climate change, scientists have identified that human activity is responsible for the entirety of modern global warming. There is no scientific evidence available to support an alternative explanation. While Earth’s climate has changed in the past due to “natural” (non-human) causes, such changes occurred over much slower timescales compared to present-day warming.

CLAIM: “Temperature has always been up and down.”; “The question is, ‘how much of an impact do we have on [climate]?’ That has not totally been quantified. They’re not exactly sure. They know it’s a significant impact, but [climate change] is happening anyway [without human influence]…The ice age happened without us…It’s probably this constant cycle”.

In a recent podcast episode, Comedian and Ultimate Fighting Championship commentator Joe Rogan questioned the extent to which human activity impacts climate. “The ice age happened without us”, Rogan noted, later suggesting that modern climate change could be part of a “constant cycle”.

Human influence on the climate system is multifaceted. Emissions of greenhouse gasses, such as CO2, warm the lower atmosphere and the surface of the planet. Changes in land use may affect the planet’s ability to sequester carbon, further impacting our climate. Anthropogenic aerosols–tiny solid or liquid particles suspended in the atmosphere–may both cool or warm the Earth depending on their properties.[1] Non-human variables, such as changes in the sun and volcanic activity, can also influence climate.

Scientists have studied all of these possible causes of climate change, or forcing mechanisms. This is done by calculating the climatic impact of each individual forcing mechanism over time and then comparing it with observations of temperature change. When all of the forcing mechanisms are put together, it becomes evident that anthropogenic greenhouse gas emissions are the only mechanism that can reproduce the observed warming trend (Fig. 1). By contrast, the impact of all other factors (e.g., solar activity and aerosols) on climate has been relatively minor since 1850 (Fig. 1). In fact, without anthropogenic greenhouse gas emissions, these other factors would have resulted in a slight cooling trend, rather than the observed warming.[2]

“The empirical evidence that increases in greenhouse gas concentrations (from fossil fuel burning) are the primary cause of century-scale warming is that observed global temperatures have risen in line with what would be expected from the observed increase in greenhouse gas concentrations and observations of natural drivers of climate change (e.g. solar output and volcanic eruptions) indicate that natural drivers are not causing warming”, said climate scientist Patrick Brown in a previous review.

Brown’s comments are reflected in the findings of the world’s most comprehensive climate change report by the Intergovernmental Panel on Climate Change (IPCC), which was prepared by hundreds of independent scientific experts in 2021 and concluded that it is “unequivocal that human influence has warmed the atmosphere, ocean and land.”[3]

What of the ice ages, then? Referencing claims by his former podcast guest, Steve Koonin, a physicist who previously authored a book that misrepresents climate science, Rogan goes on to say that “[temperature] has always been up and down” according to “core samples”, or reconstructions of Earth’s past climate based on geological proxies.

Paleoclimate evidence indicates that the Earth’s climate has been stable for the last 11,000 years, a period known as the Holocene, which allowed human civilization to flourish.[4] The Holocene began at the end of the most recent ice age, during which global temperature dropped by an average of about 4°C[4] Variations between ice ages, also called glacial periods, and warmer intervals between them, called interglacials, are a feature of Earth’s climate over the last 2.6 million years.

What causes these major paleoclimate shifts? Changes in astronomical dynamics–the eccentricity of Earth’s orbit around the sun, the precession of the equinoxes and axial tilt–result in differences in the distribution of solar energy on Earth, which influences global temperature and ice volume. Thus, astronomical variability has been referred to as the “pacemaker of the ice ages”.[5] However, this isn’t the full picture. Rather, initial orbital-driven climate change can trigger multiple synergistic shifts in the Earth system, which affect the exchange of CO2 between the ocean and the atmosphere. Scientists have therefore concluded that this greenhouse gas, which is responsible for all of modern warming, was also an important mechanism for amplifying climate change initiated by astronomical processes in the geological past.[4] This is supported by ice core records, which show a tight link between atmospheric CO2 concentration and temperature over the last 800,000 years[6,7] (Fig. 2).

Prior to human influence, CO2 varied from approximately 200 to 300 ppm over thousands of years. However, the situation today, in which CO2 levels exceeded 400 ppm in the course of several decades, is unprecedented in the past million years (Fig. 3). 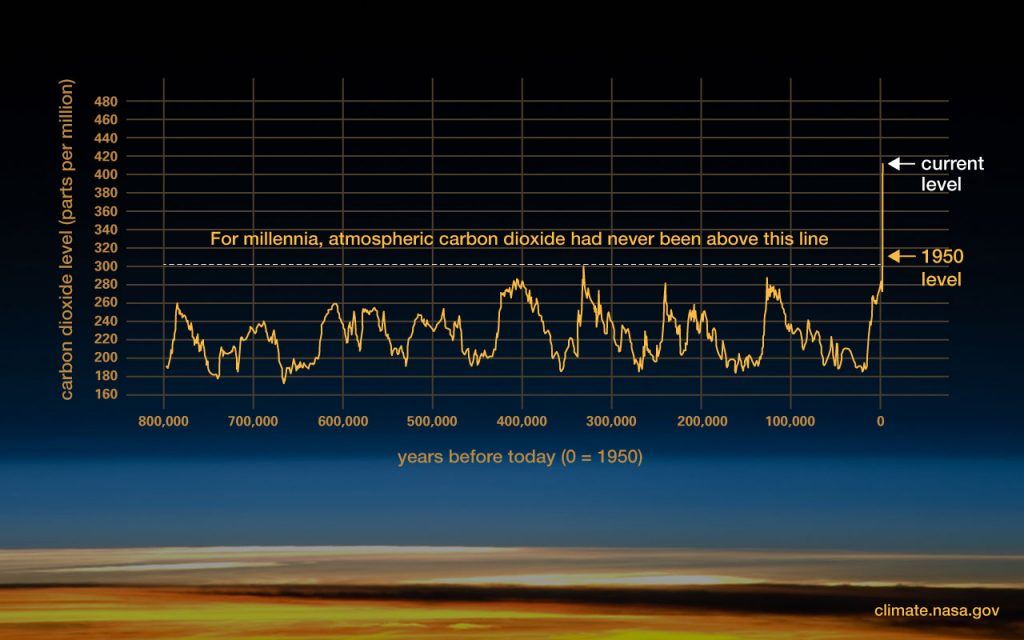 Climate contrarians frequently invoke the fact that Earth’s climate has changed in the past, without human influence, to cast doubt upon the consensus of scientific evidence[8,9] that points to modern warming driven by human activity. However, this argument is flawed, noted Mark Richardson, a climate scientist at Colorado State University.

Contrary to Rogan’s speculations, all of the scientific evidence indicates that human emissions of greenhouse gas are driving modern climate change.