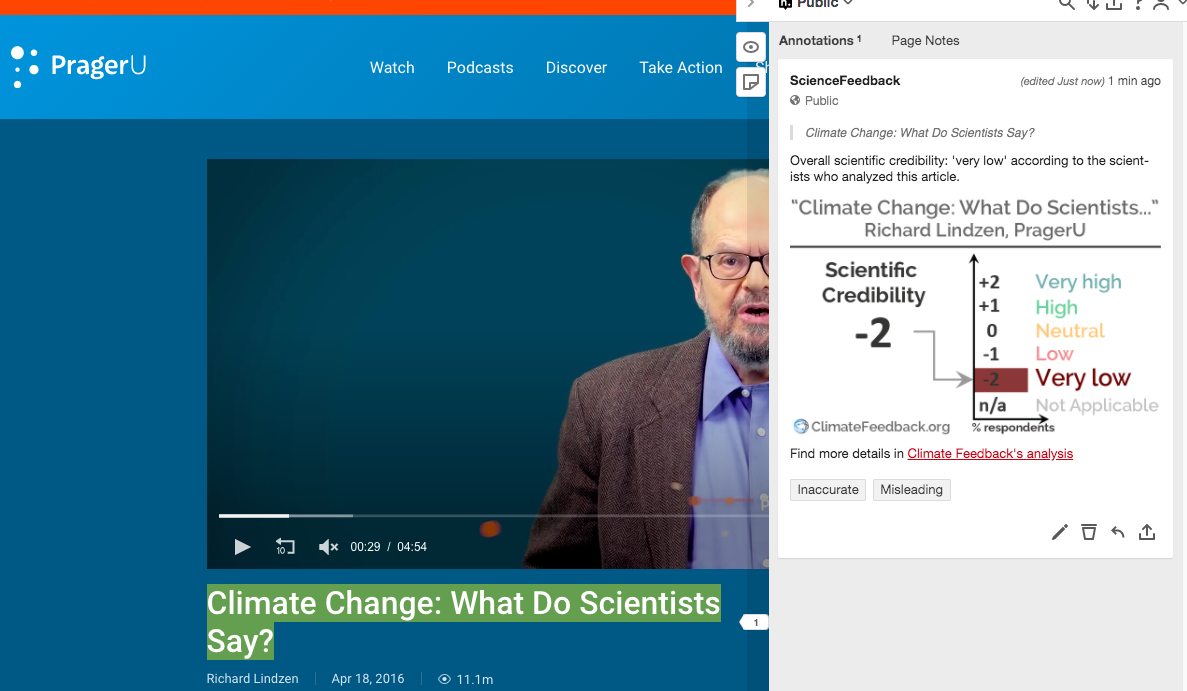 This video discussing climate change was first published on PragerU’s website in April 2016 and recently posted on Facebook in May 2020. The video has received more than 356,000 views on Facebook over the past week. Scientists that evaluated the video found several claims about climate change to be incorrect and misleading to viewers.

In the video, former MIT Professor Richard Lindzen claims “there is no evidence that CO2 emissions are the dominant factor” in climate change. This is false. Human-caused increases in CO2 emissions have been the primary driver of climate change[1,2]. Atmospheric concentrations of CO2 are higher today than they have been in at least the past 800,000 years[1,2]. 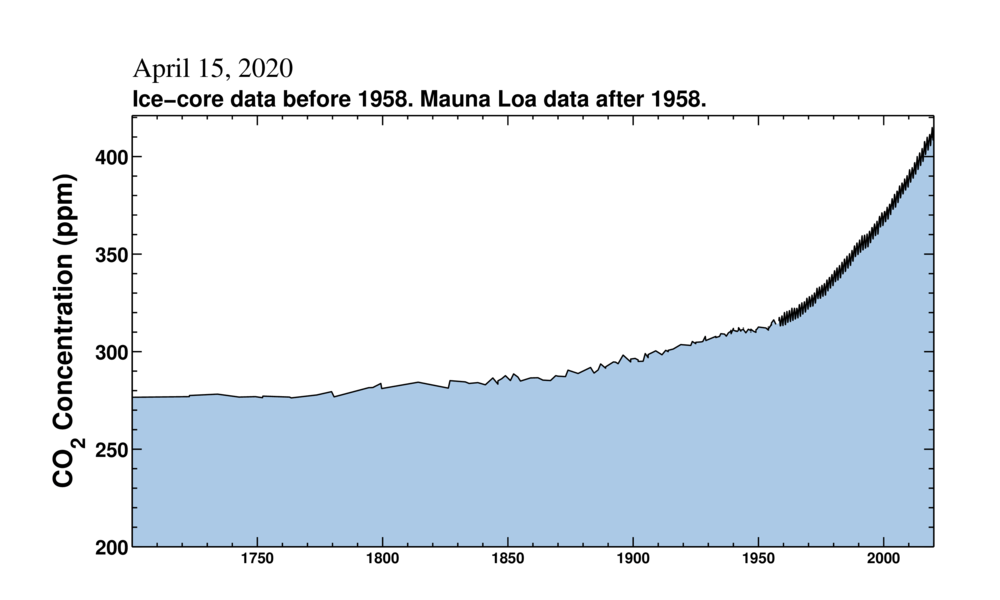 Human-caused emissions of greenhouse gases and aerosols account for approximately 100% of the global warming trend observed since 1950 (see figure below)[3].

Figure—The estimated role of different factors influencing global surface temperatures from 1850 to 2017. Observed temperatures are shown in black dots. Global warming over the past 150 years was primarily driven by greenhouse gas emissions (red). From Carbon Brief[3].

Another misleading claim made in the video is that “CO2 is a greenhouse gas without which life on Earth is not possible, but adding it to the atmosphere should lead to some warming.” Even though CO2 is important for life on Earth, increased concentrations of atmospheric CO2 have imbalanced the global carbon cycle and caused a range of harmful effects including trends in weather extremes, ocean acidification, and other impacts on land and marine ecosystems[5-8].

Overall, several claims made in the video about climate change are incorrect, not supported by scientific evidence, or misleading to the viewer, as the reviewers detail below.

Katrin Meissner, Professor, University of New South Wales:
If you watched this video, you have unfortunately wasted 5 minutes of your day. Richard Lindzen is reiterating a few wrong statements on climate change that have been debunked repeatedly in the past (e.g. “there is no evidence that CO2 emissions are the dominant factor” of climate change)[1,2]. He is also very skilled at presenting a few statements on climate change that are right in a misleading way, so that the overall message becomes wrong (“climate is always changing”, “there are many reasons why the climate changes”). He misrepresents the way the IPCC works. He also claims that there is a significant number of specialists (a whole “group”) sharing his “understanding” of climate science, which is also not true.

Patrick Brown, Assistant Professor, San Jose State University:
There are many inaccuracies contained within the video in question. The text below deals with just the first one of them.

Over the past 30 years, the global average temperature has warmed by about 0.7 degrees Celsius (red line from 1990 to 2020 in the global temperature dataset below): 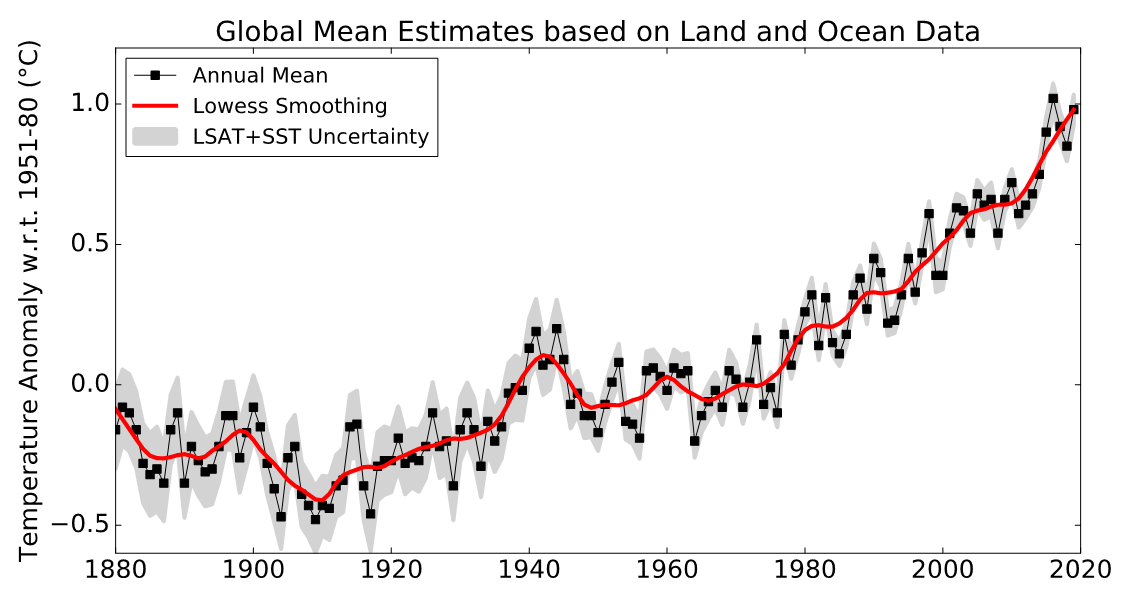 Now we want to put this 0.7 degrees Celsius warming over 30 years in context of other large climate changes in earth’s history. Some of the largest and fastest global climate changes in the geological record are associated with the Milankovitch cycles. The most recent Milankovitch cycle transition was that from the last glacial maximum about 20,000 years ago (when about a mile of ice was on top of Boston) to the Holocene climate starting about 10,000 years ago and this transition was characterized by a global warming of about 5 degrees Celsius.

I have made an animation placing contemporary global warming in the context of previous climate changes:

Below is a static graph of a similar analysis: 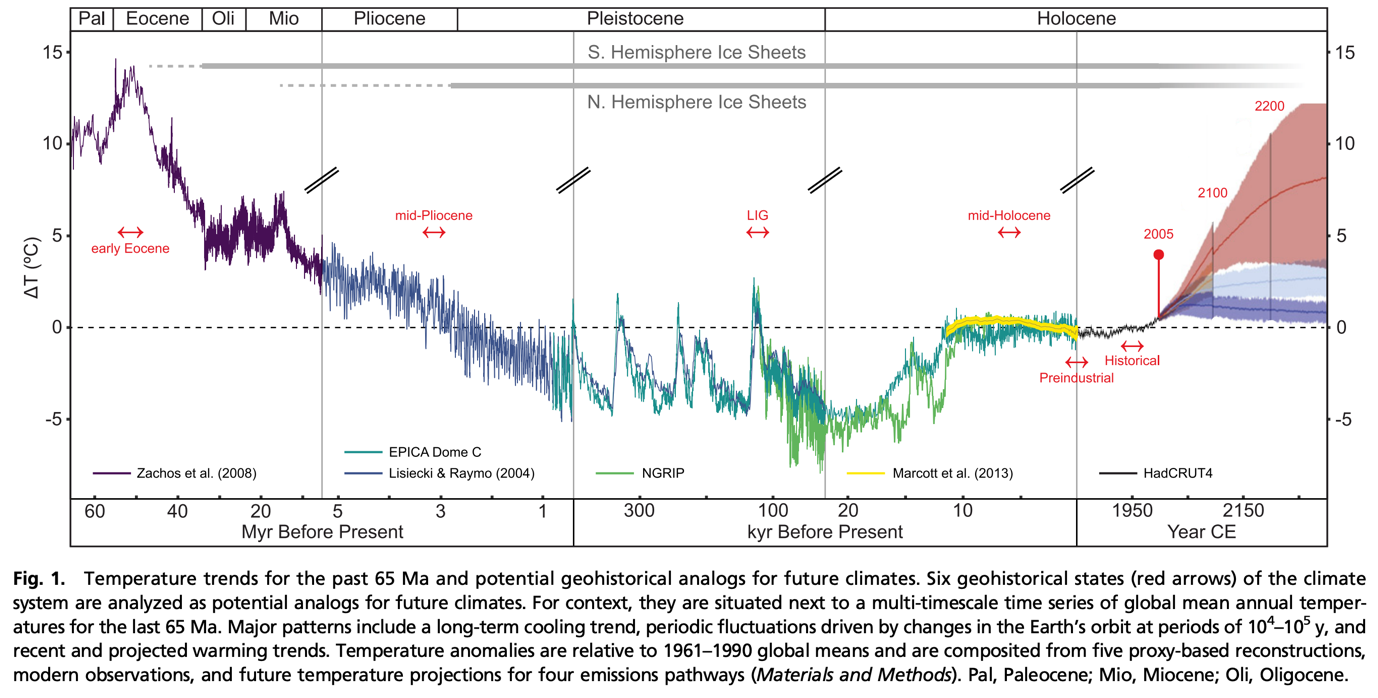 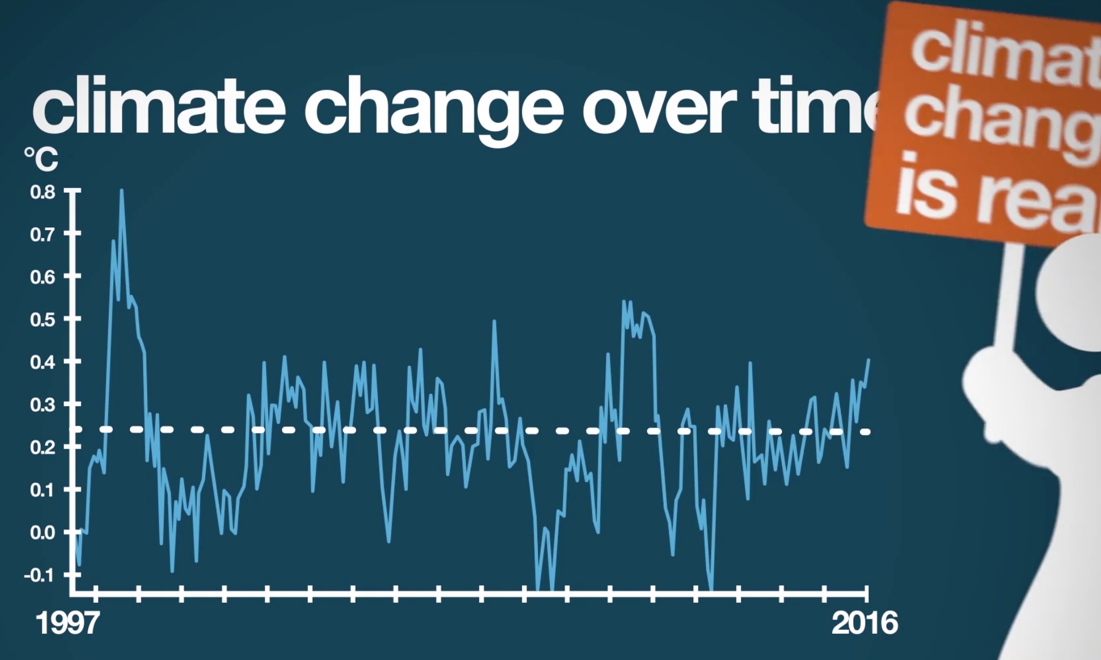 When these satellite derived temperature products (RSS and UAH in the graph below) are displayed as annual values and plotted on the same axis as the instrumental temperature datasets (Met Office, NASA and NOAA in the graph below), they largely agree with each other. In particular, they all show the same large (in a geological context) rate of warming over the past several decades: 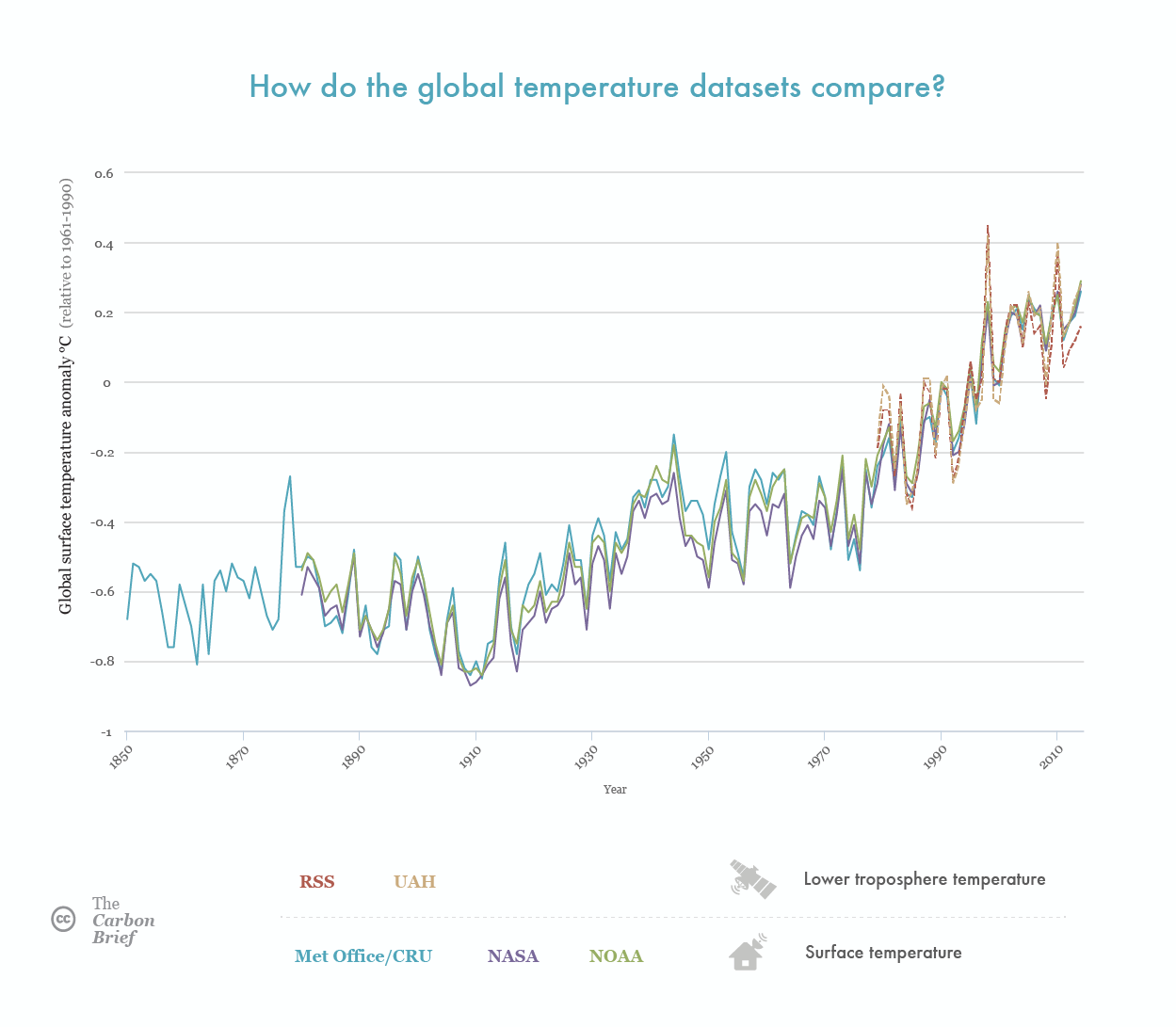 Overall, Dr. Lindzen makes both a verbal claim and a visual claim that the rate of contemporary global warming is small, and both claims are false.

Sara Vicca, Postdoctoral research fellow, University of Antwerp:
CO2 is indeed fundamental for most life on Earth. Plants need CO2 to grow and they are at the base of the food chain. However, this fact is often abused to claim that increasing CO2 concentrations is mainly a good thing. Although plant growth is often stimulated by increasing CO2 concentrations, CO2 also causes ocean acidification and warms the planet, thereby generating a cascade of effects from melting of glaciers and sea level rise to altered precipitation patterns and increasing frequency and intensity of extreme weather events such as heatwaves and droughts[5-8]. These in turn threaten water and food supplies, and as climate change progresses, this is also likely to undo much of the beneficial effect that CO2 has on plant growth[8]. I would say this claim is thus misleading in the context of this video.