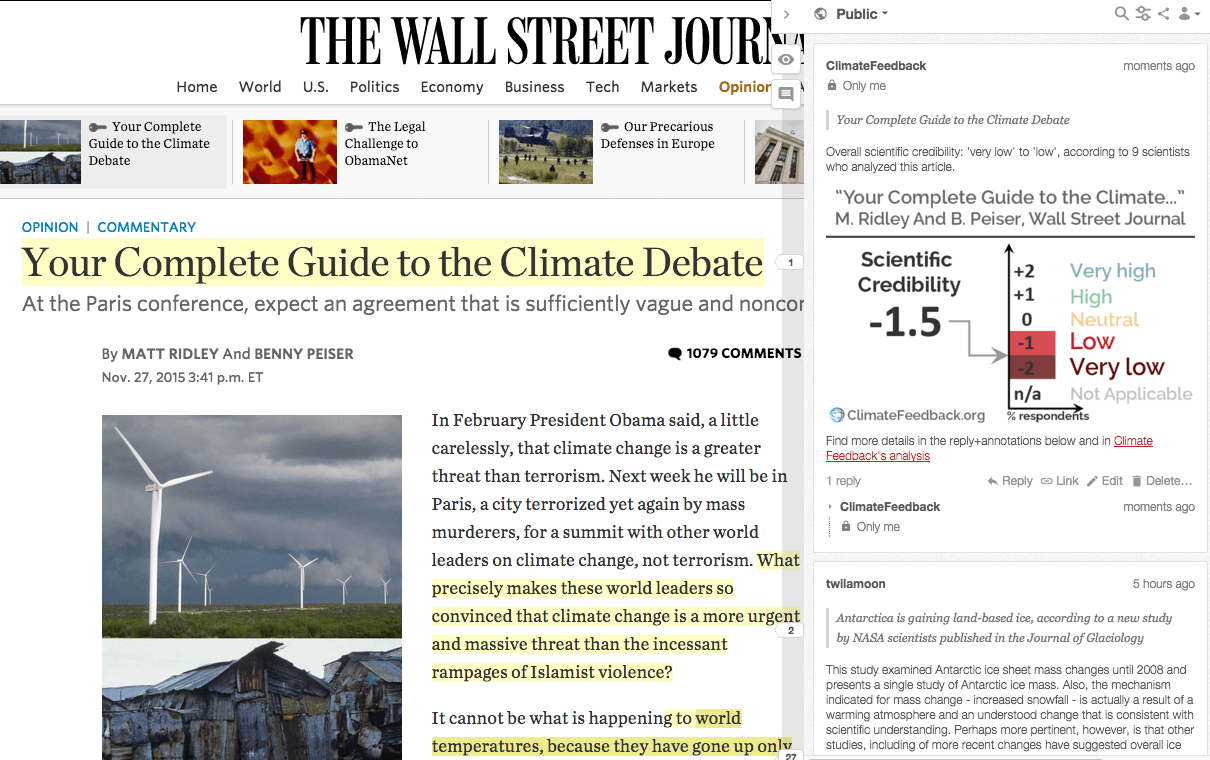 The opinion piece published in The Wall Street Journal by Matt Ridley and Benny Peiser (“Your Complete Guide to the Climate Debate” Nov. 27, 2015) is riddled with false statements, cherry-picked evidence and misleading assertions about climate science, according to an evaluation by a dozen scientists.

The article attempts to throw clouds of uncertainty around the hard facts about climate change that are agreed to by the scientific academies of every major country in the world and the vast majority of the world’s climate scientists. Here are just a few examples:

Ridley and Peiser are correct that the challenge of decarbonizing the world is enormous. But obfuscation about strongly supported scientific facts is not the solution.

For more details about the scientists’ responses to claims made in this op-ed, please read our detailed analysis.

List of scientists who have contributed to this analysis: