“This article is exceptionally good in delivering accurate information in an engaging way. There are many useful statements made about the effects of climate change on extreme weather globally and in Australia and these have been backed up by links to relevant peer-reviewed literature.” 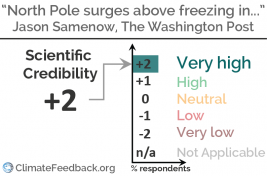 “This article accurately describes the Arctic warming event and associated surprise by scientists, includes multiple explanations for possible causes, and does not overstate any connections to climate change, pointing out that more data is needed to know if these above-freezing events will be a new Arctic normal.” 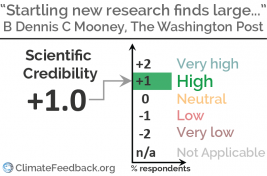 “The Washington Post article accurately reports the results and links to other topics using reliable sources. Quotations from Pieter Tans and Paul Durack add important caveats showing that this is strong new evidence but not the final say. This caution is vital for readers to interpret the findings.” 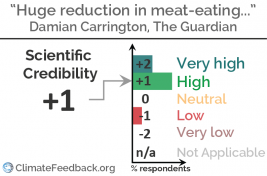 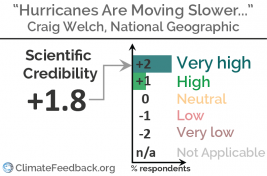 “This is an important topic and the article explains the new research findings clearly… Highlighting how this result about slowing storms is consistent across two studies that employ very different methodologies further helps convey to the public how we try to use multiple lines of evidence to understand how our world works and how it may chance in the future.” 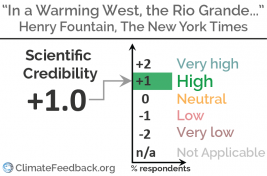 “The issue of water resource management in the western US and how it fits within a changing climate is extremely complex and spans many disciplines from climatology to hydrology to city planning to population dynamics, and so on. This article does a nice job presenting the very basics of the climate science involved and tying the greater changes to the personal stories of people in the region.” 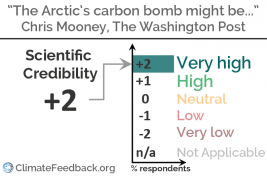 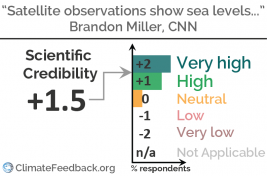 “Global geological sea-level data, data from tide gauge and now satellite data all show that the rate of sea level rise is accelerating. These accelerations in sea level is a cause for great concern.” 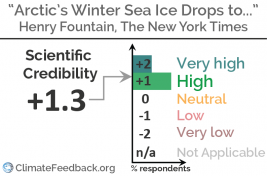 “The article accurately reports on the state of Arctic sea ice at the annual maximum (in March) and its causes, and gives an insightful discussion as to the implications. There is one point which may be misleading…” 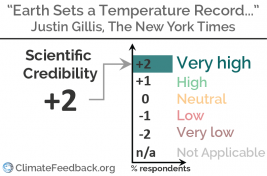 “A clear and accurate article on the temperature record in 2016, looking back at the records in 2015 and 2014. The article places them in the proper context of long-term warming, while mentioning the special effect that helped make the year a record.”