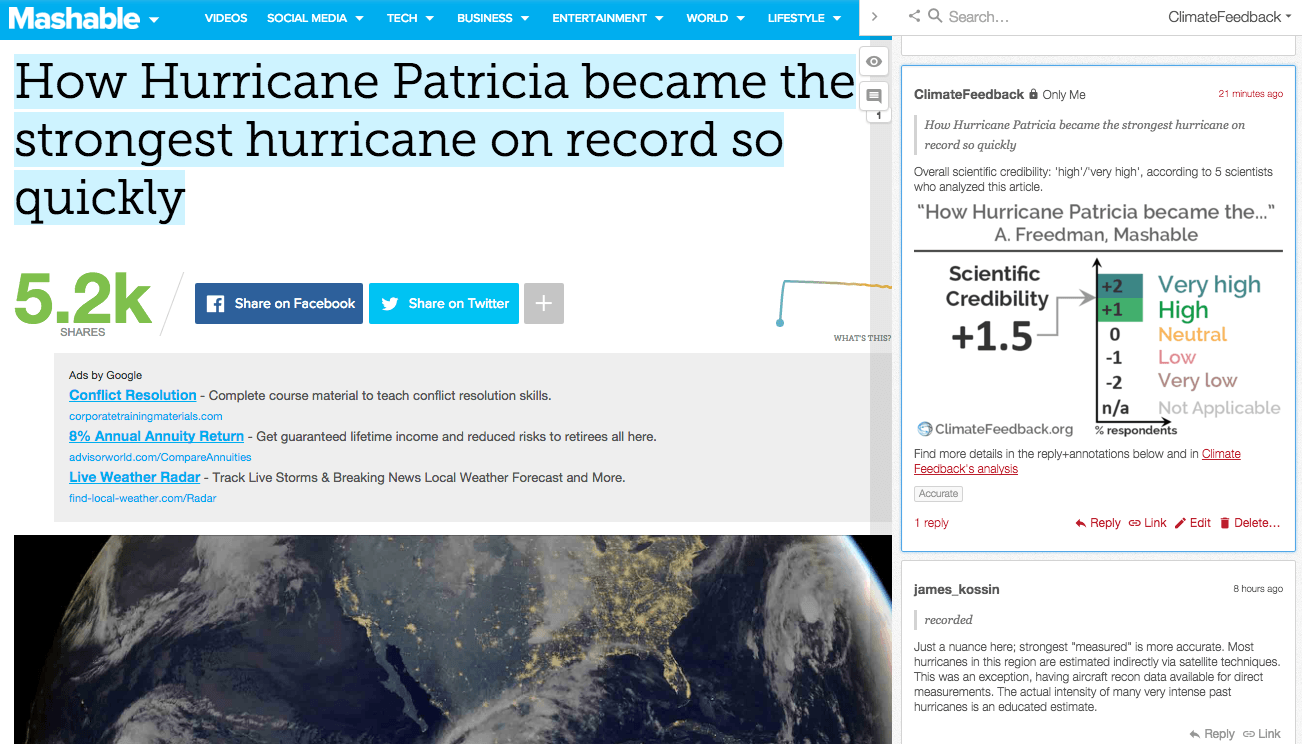 This article is accurate and based on comments from scientists with actual expertise in the study of climate influence on intense hurricanes. It describes the roles of El Niño, greenhouse warming, and other physical factors at play in Hurricane Patricia’s spectacular intensification.

Nice piece. Well written and accurate, with a good variety of quotes. Doesn’t over-reach or sensationalize, and presents some aspects of what we know in a clear useful way. In fact, the connection between climate change and Patricia may be a bit understated and overly conservative, as the connection between climate change and the most extreme hurricanes was not discussed.

Hamish Ramsay, Lecturer, Monash University:
A well written and balanced article that draws on a range of scientific opinion from well-established climate scientists, hurricane specialists and forecasters. The article provides a nice summary of the major physical factors at play, while also highlighting the issues and challenges to do with detection and attribution of extreme events such as this.

Daniel Cohan, Associate Professor, Rice University:
The author has undertaken a superb effort to incorporate the instant reactions of leading experts in tropical cyclone formation. The article provides a nuanced explanation of current scientific understanding and uncertainty regarding the relative roles of El Niño and greenhouse warming in intensifying Pacific storms.

Dan Chavas, Assistant Professor, Purdue University:
It’s a very nice article overall, as it is more an organized survey of scientists rather than a non-science author trying to make a scientific argument. My concerns lie only with the content provided by one of the scientist contributors (Kevin Trenberth), which is not the author’s responsibility.