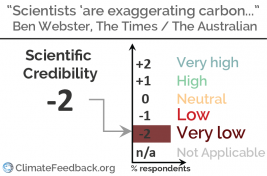 Analysis of “Scientists are exaggerating carbon threat to marine life”

in The Times / The Australian, by Ben Webster

"This article misses some major intellectual points about ocean acidification, thanks to what seems to be a willful misunderstanding and misquoting of an interview with Dr. Browman on an Ocean Acidification special issue journal." 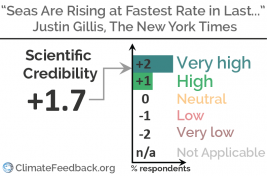 Justin Gillis reports on new results showing that the current rate of sea level rise is unprecedented in a record dating back 2,000 years. The article explains that this rise is attributable to human induced climate change and that higher sea levels are already impacting coastal communities. The seven scientists who reviewed the article confirmed that it is accurate and insightful. 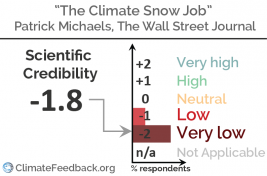 Analysis of “The Climate Snow Job”

in The Wall Street Journal, by Patrick Michaels

"This article is indeed a snow job, as the title implies. The author has twisted the facts and distorted the science wildly. The author is well known for his wildly inaccurate climate "forecasts"." 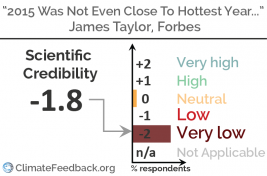 "This article makes startlingly inaccurate claims about the earth’s surface and satellite temperature records, as well as attempts to ascertain the earth’s temperatures over the past two millennia through proxy measurements. The author would do well to talk to scientists involved in surface and satellite records and to consult the peer-reviewered scientific literature rather than blogs when writing in the future." 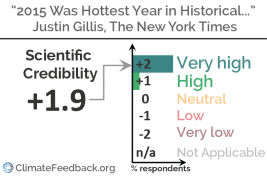 Analysis of “2015 Was Hottest Year in Historical Record, Scientists Say”

The article accurately covers the news that the global surface temperature of the planet in 2015 has set a new record, well above any previous measurement. 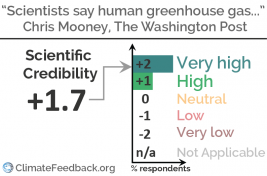 "The article presents an accurate account of recently published research which suggests that human-induced global warming will delay the onset of the next ice age by 50,000 years. The research supports the findings of several studies published over the past 15 years, and is consistent with the scientific consensus that human activity is changing the climate with very long-term consequences." 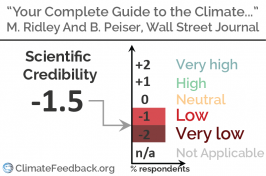 Analysis of “Your Complete Guide to the Climate Debate”

in The Wall Street Journal, by Matt Ridley and Benny Peiser

"This article peddles the usual false statements masquerading as opinion that we have been seeing for years, and would not be published by a reputable publisher. Most of the scientific statements in the article are false or misleading." 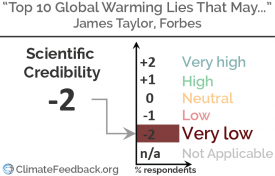 Analysis of “Top 10 Global Warming Lies That May Shock You”

"This article wins the Olympic gold for cherry-picking data, misleading claims, and a long list of scientifically unsupported assertions." 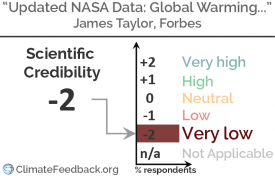 "This article discusses land and sea ice interchangebly and appears to confuse the two. This is a fundamental error, equivalent in other fields to confusing house and senate, or an artery and vein." 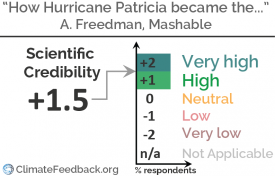 "A well written and balanced article that draws on a range of scientific opinion from well-established climate scientists, hurricane specialists and forecasters. The article provides a nice summary of the major physical factors at play, while also highlighting the issues and challenges to do with detection and attribution of extreme events such as this."