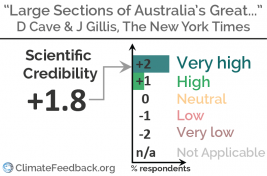 in The New York Times, by Justin Gillis & Damien Cave

While natural temperature fluctuations (due to El Niño, for example) have always occurred, they are now superimposed on a warmer background due to human-induced global warming. That causes mass coral bleaching to happen more frequently. 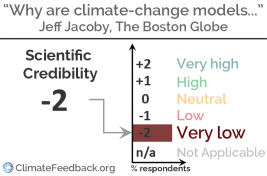 Analysis of “Why are climate-change models so flawed? Because climate science is so incomplete”

in The Boston Globe, by Jeff Jacoby

"The facts given by the author regarding the skills of climate models and the state of the art are mostly wrong. The most important processes are not understood by the author and his logic is flawed." 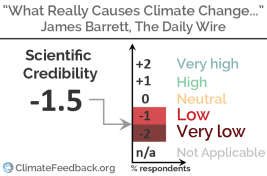 Analysis of “Scientists: Here’s What Really Causes Climate Change (And It Has Nothing To Do With Human Beings)”

"The article misuses a Nature article on a geological process 90 millions years ago to argue the warming of the past century is not anthropogenic. It seems the reasoning is ideologically motivated rather than based on reality." 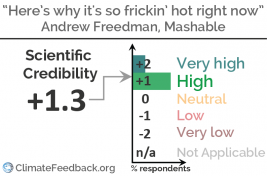 "a nice summary of the current warm events in the bigger context of climate change. I caution against using a single month of data to support claims about climate change impacts on extremes, but the discussion about record highs outpacing record lows is a good one and provides strong evidence for influence of global warming on regional weather." 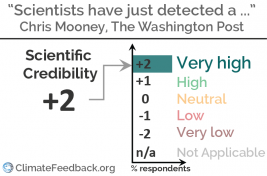 "Changes in ocean chemistry, temperature, and circulation have significant consequences for marine life and can initiate positive feedbacks to accelerate ocean and atmosphere warming. This article is refreshing in that the author presents the results and significance of global ocean oxygen loss accurately and very clearly for non-expert audiences." 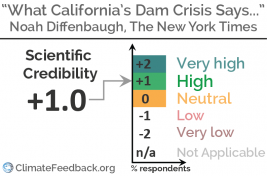 in The New York Times, by Noah Diffenbaugh 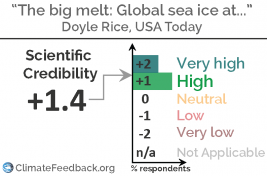 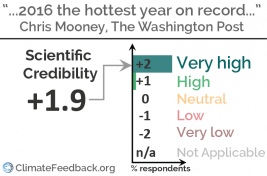 Analysis of “U.S. scientists officially declare 2016 the hottest year on record. That makes three in a row.”

"The article accurately conveys the US agencies' declaration of 2016 as the hottest year on record. It provides some good background material on why the agencies' numbers differ slightly (treatment of the Arctic) and the contributing roles of El Niño and man-made global warming." 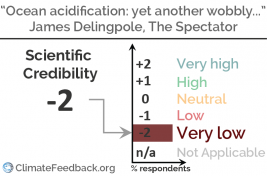 Analysis of “Ocean acidification: yet another wobbly pillar of climate alarmism”

in The Spectator, by James Delingpole

The scientists who have analyzed the article show that it contains significant inaccuracies, notably for its core assumptions, and misrepresents scientific studies and scientists it cites to make its point. Reviewers also note that the article knocks down strawman arguments that do not represent the state of scientific knowledge (scientists do not claim the ocean will become a “giant acid bath”). 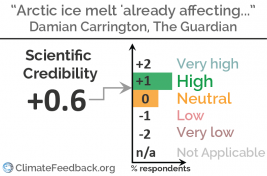 "The article nicely introduces some of the emerging science linking Arctic climate change to extreme weather at lower latitudes. There are no major inaccuracies and the author has sought expert comment form several prominent scientists. However, the article fails to fully capture the large uncertainty about how Arctic warming may influence weather in places further south and how big this effect might be."