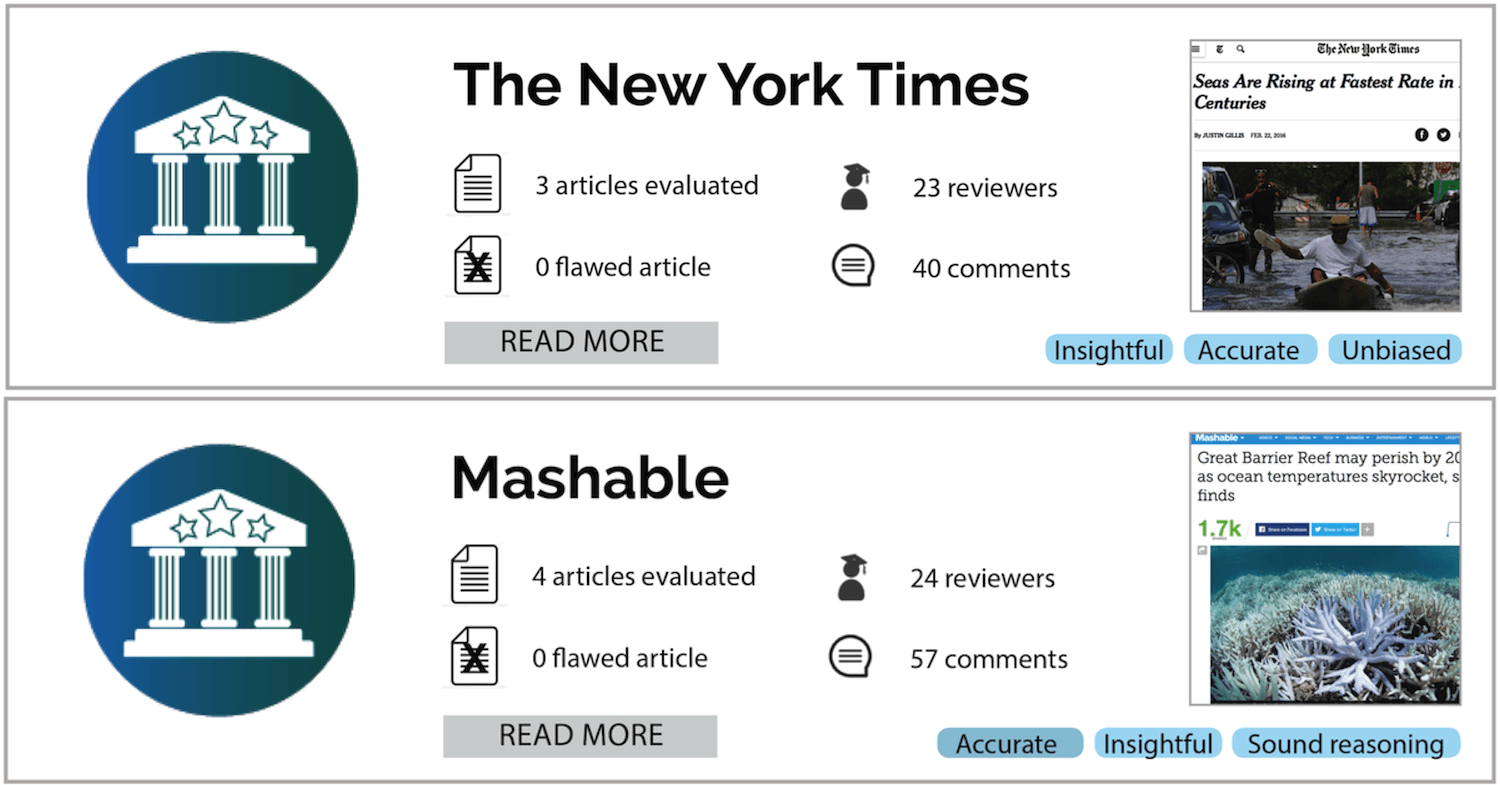 A TRACK RECORD OF MEDIA CREDIBILITY ON CLIMATE CHANGE

Climate Feedback produces analyses and evaluations – we call them “feedbacks” – of influential reporting on climate change. Our feedbacks are already helping readers around the world distinguish between news stories based on science and those that only claim to be.

Last week we published an in-depth review of the latest article by Bjørn Lomborg in The Telegraph. His argument – summarized by the title: “No one ever says it, but in many ways global warming will be a good thing” – might sound reasonable and balanced to someone without a background in climate science. But the 14 scientists who reviewed the article found it to be misleading – and you can read why on our website.

Now you might ask yourself, is this the first time The Telegraph has published misleading climate “news” – or is this part of a pattern? Are other outlets regularly publishing articles that are inconsistent with or misrepresent science? Where should I look to get the latest news on climate change if I want to read about our planet as it is, rather than the ideological position of a journalist, columnist or editor?

Over the past year, scientists have analyzed some of the most popular mainstream media articles on climate change published in a variety of outlets including The New York Times, The Wall Street Journal, Mashable, Forbes, The Rolling Stone and more.

Scientists found that two of the most popular articles on climate change published by Forbes in 2015, one of which has been read by almost one million people, were deeply inaccurate and misleading. Similarly, op-eds on climate in The Wall Street Journal were consistently found to be at odds with current scientific knowledge. The Times and The Telegraph both published articles that misrepresented the studies they purported to report – according to the authors of the studies themselves! This is a clear violation of journalistic ethics (see, for instance, these guidelines from the Society of Professional Journalists).

That said, scientists have found that articles in Mashable, The New York Times and The Washington Post have so far communicated climate science accurately and insightfully. It would appear that these outlets are reliable sources for climate news.

We want readers to be aware of these trends, and we want them to be readily available for all major news outlets. Readers should be able to easily assess news outlets’ climate change track records.

“Writers who obediently ply propaganda for polluting industries should be anxious about Climate Feedback. Good journalists have nothing to fear.”

The bigger picture: A reliability index for media outlets

So far scientists, through Climate Feedback, have analyzed only a small sample of articles from various major news sources. We’re now running a crowdfunding campaign to help us scale up. We’re looking to carry out enough evaluations so that by aggregating comments and credibility scores for each news source, we’ll have a dynamic index that tracks the major media outlets on their credibility when it comes to reporting on climate change. We call this the “Scientific Trust Tracker.” 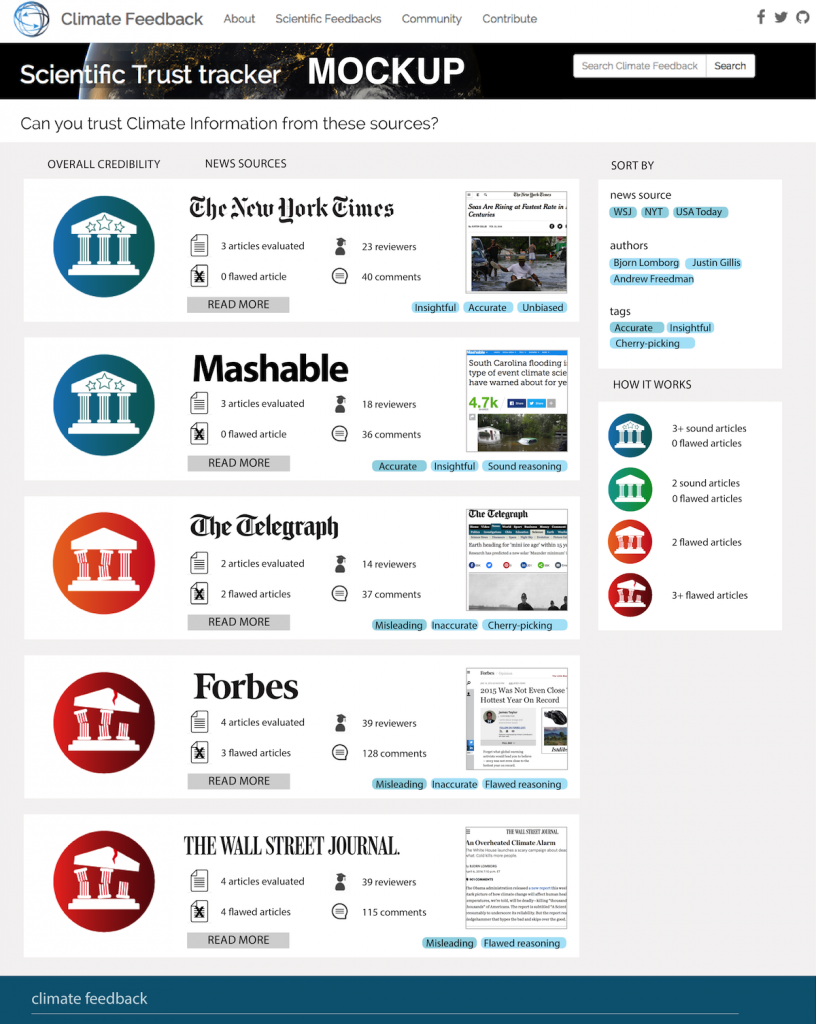 Mockup of the “Scientific Trust Tracker”; click here to explore the mockup version.

There’s even a kicker to our campaign: When you support us, you get to cast your vote for the media outlets you want to see entered into the Trust Tracker as a priority! (see what people have voted for so far)

A win for science, and a win for climate reporting

Our mockup of the Trust Tracker illustrates what our aggregated feedback will look like once it becomes a functional feature. We believe it’s a win for everybody:

If you want to see this happen and foster a more informed democracy, please take a few minutes to donate to our crowdfunding campaign today!

We’d like to hear from you!
As we develop this new feature, we want to hear your suggestions and recommendations: Let us know what you think!

Here are some of the reactions we have heard so far:

“Climate Feedback’s website shows us trends in the media community. Websites which were once in high-standing in my own mind quickly fell from the pedestal. Forbes, Wall Street Journal, and The Telegraph being the worst offenders…” source

“Writers who obediently ply propaganda for polluting industries should be anxious about Climate Feedback. Good journalists have nothing to fear.”

Happy to see @mashable make this list. A valuable service, esp. when they point out story shortcomings. https://t.co/UV994qcAPo